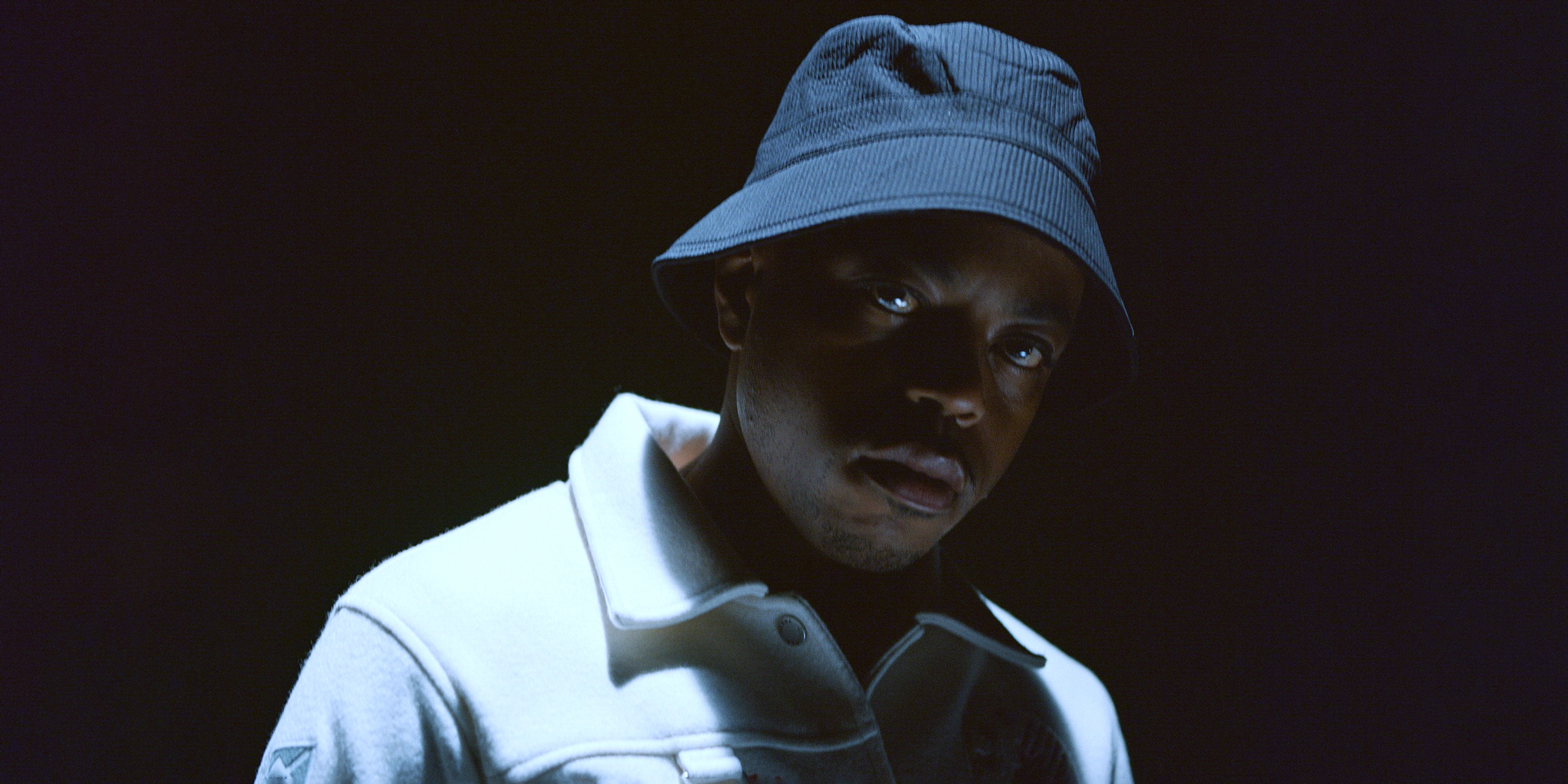 It’s an overcast weekday afternoon in August, and Westside Boogie is holed up in a recording studio just off Sunset Blvd. in Echo Park. Less than six weeks removed from the release of his second studio album, June’s More Black Superheroes, the Compton native is trying to stick to an ambitious work regimen (a finished verse and hook for every recording session, “just so I can keep my sword sharp”). But for now, these efforts are embryonic. “I usually feel like I’m gonna have a concept before I even start but it never works out,” Boogie says. “Shit just be happening. It’s like magic.”

Boogie, who was born Anthony Dixson and raised in Compton California, describes his process as beginning from the non-lyrical elements of songs: their tempos, their cadences, and the melodies he hopes will snake through them. He is fixated on sequencing, and on maintaining a dynamism of tone and pace even when working with familiar instrumentation. The words themselves often come last, he says. From some artists, this would be an admission of thoughtlessness; for a few, it would simply confirm what a listener could easily infer. But for a rapper whose writing is so vivid and so economical — I think often of him recalling, on the subdued Superheroes cut “Ratchet Boog Interlude,” how he would wear “shirts oversized so my hunger don’t show.”

The process comes close to evoking postwar psychoanalysis, where the breakthroughs come almost entirely through subconscious processing. Westside Boogie’s unique texture comes from the blurring of lines between his everyman romantic concerns and the psychological aftereffects of violence plaguing him, his friends, and his neighborhood that occurs naturally during his writing process. He is constantly prodding the listener to consider and reconsider — and reconsider — what is and is not banal.

The first time I interviewed Westside Boogie, in 2016, he’d just signed to Interscope off the strength of Thirst 48 and The Reach, his mixtapes from 2014 and ‘15, respectively. (Each dropped on June 24, his son Darius’ birthday.) He had just moved into a house at the end of a quiet street in Burbank and was surrounded by whiteboards, soundproof foam, and a small cadre of friends and producers. This was shortly after jerkin’, which was the dominant style in L.A. rap at the beginning of the 2010s had begun to fizzle. Kendrick Lamar’s 2012 debut, good kid, m.A.A.d. city, signaled a new era of long-form, autobiographical prestige rap in Los Angeles. YG, one of the jerkin era’s breakout stars, was able to reformat his music to fit this template with a critically and commercially adored debut of his own, confirmation that the attention of rap fans across the country was shifting back West.

At first, things did not play out exactly as Boogie or Interscope likely planned. His breakout hit within L.A. County was 2014’s “Bitter Raps,” a litany of petty complaints — including “I hate how every L.A. rapper try to make a song like YG” — that Boogie inevitably turns in on himself, crooning: “I guess I’m on the same thing.” This inward gaze and overthinking gave his raps depth and specificity even when he was working squarely within L.A.’s street or conscious rap traditions, or when he blended the two. A year after “Bitter Raps” broke, the Jahlil Beats-produced “Oh My” earmarked Boogie as an obvious star-in-waiting: self-effacing yet remarkably assured, raucous but wracked by regret.

While it was met with polite reviews, the sequel to Thirst 48 did little to expand Boogie’s reach nationally. His career stalled; his landlord in Burbank even served him with eviction papers. (“I think they think we’re drug dealers,” he told California Sunday.)

In 2017, Interscope announced that he had signed to Eminem’s Shady Records imprint. The album that realignment eventually yielded, 2019’s Everythings For Sale — officially Boogie’s studio debut — clarified his taste in production, skewing toward pianos and acoustic guitars, and delivering his familiar haunted verses with greater acuity than ever before. It was quiet, literally and commercially, but potent, full of deeply felt vocals and knotty introspection.

Then: another three years of silence. On “Tired/Reflections,” the opening song from Everythings For Sale, Boogie rapped, “I’m tired of working at myself/I wanna be perfect already.” But he sensed that, despite mining his psyche and his relationships for material, he was getting no closer to fixing — or even truly understanding — what was going on in his head. So he started therapy. “That was hard,” Boogie says. “It changed my approach to rap because I usually based all my raps on just blaming my ex. My therapist is teaching me how to hold myself accountable. At first, I felt like I had to put a filter on my words because I was more aware of stuff I was saying.”

If that sounds pat, given the way therapy speak has crept into the culture at large over the last decade, Boogie knows. “I don’t know why you keep shaking your head,” a woman says to him in the middle of “LOLSMH II,” one of the final two songs Boogie cut for Superheroes. “If anything, I should be the one shaking my head because it ain’t no way you still a bitch ass n—- and you be in therapy.”

“Being vulnerable in songs for me is easy,” Boogie says. “They feel like a safe space. It’s outside of that…” he trails off. “I remember recently, this girl [asked] me ‘What’s therapy even doing for you?’ And it’s like, damn, I’ve created this look like I’m healed all the way. But I’m trying to tell people: I’m still growing. Therapy ain’t fix me all the way. I’m probably like five percent healed, you know what I mean? Just because I’m self-aware doesn’t mean I’m going to change certain things — because my brain’s still conditioned.”

One of the tensions Boogie says he struggles to reconcile is between the impulse he feels to report and recollect the truths of gang life and the guilt he feels profiting from that reportage. “Sometimes I feel like I’m reaping the benefits of a gang but I don’t have to deal with the cons of it that they’re going through, the everyday struggle,” he says, “because I’m not in my neighborhood no more — I’ve got the luxury of leaving.”

While his therapist reflexively blames Interscope for the marketing of Boogie’s gang ties (the cover of Everythings For Sale sees Boogie and two other pallbearers, all men draped in red, carrying a casket), he is not so quick to dodge that responsibility. “I see it on the internet, how when I bring out a red bandana, [I get] more views, more follows. And that shit is crazy. But I still use, it you know? I don’t tell new fans to stop listening to me. And that’s where the guilt comes in.”

This guilt, in turn, clouds Boogie’s relationship with the men and women from the neighborhood he’s had the luxury to leave. He tells me that he feels bad turning down pleas to feature on aspiring Compton rappers’ songs or to lend money that he doesn’t have — but also that he often catches himself projecting these requests onto people who simply want to support him. “I’m so vulnerable in my music that it makes it hard to be vulnerable as a person,” he says. “Even when people get around me, if they start showing too much emotion, I shut down. My mama tells me she loves me? I shut down. Someone get too touchy-feely? I shut down. That’s an anxiety I’m still working through.”

For all his hangups and seemingly unresolvable contradictions — for all the ways therapy and self-improvement have been neutered and subsumed into marketing copy — Boogie is optimistic about what’s happening to the people around him, and what’s still to come.  “I think we’re way more self-aware when it comes to our emotions than our OGs was. I know I am — I got way more emotional intelligence than my big homies.” He pauses for a moment. “I think it’s because we talk about it now.”