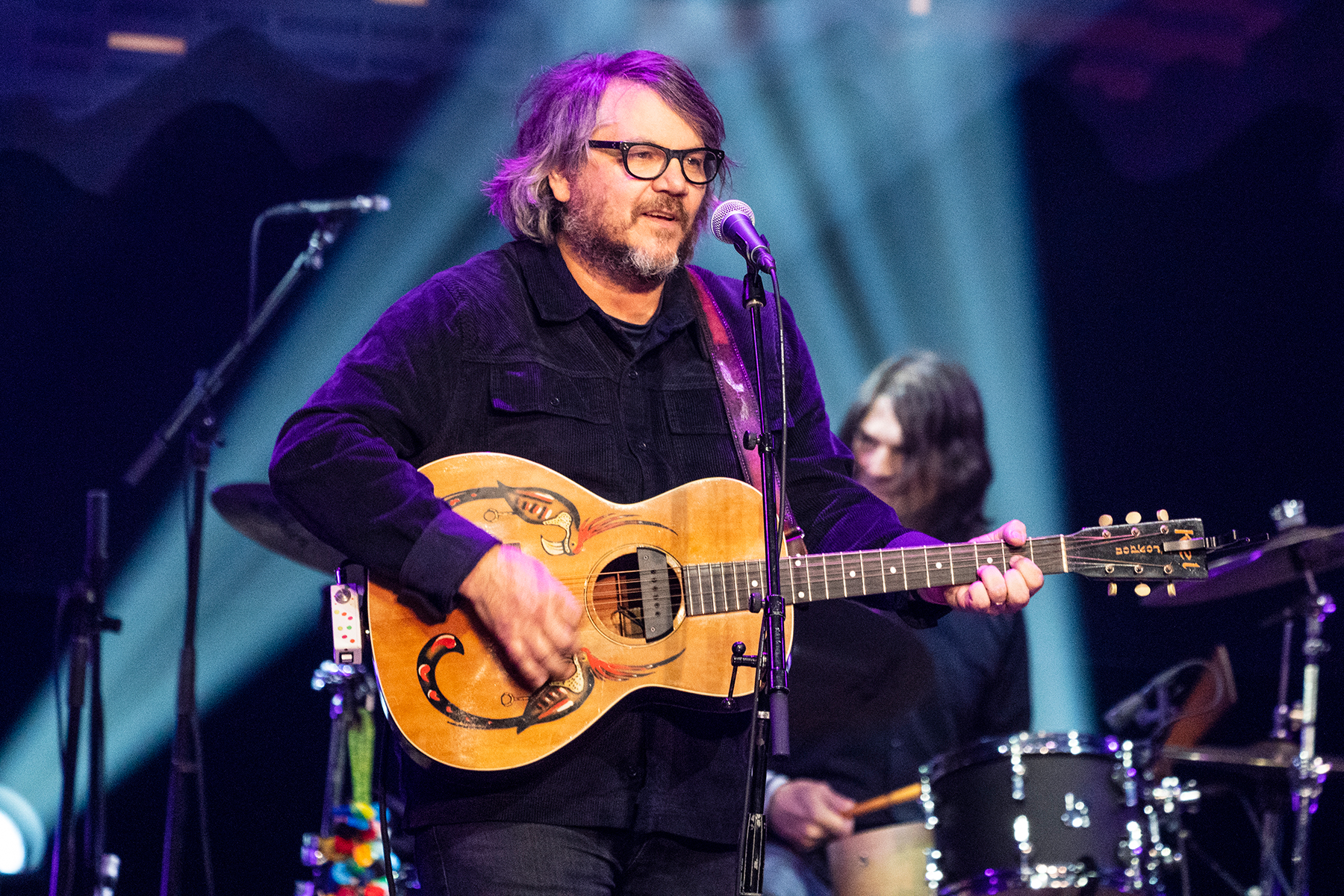 When Wilco are putting together the lineup for their biannual Solid Sound Festival, they have just one rule: If they love it, it’s in. “Everybody in the band keeps a running dream list of people that we would like to play with or to see,” says Jeff Tweedy, calling from the band’s Chicago recording space, the Loft. “This time, it just happened to work out that we got a lot of all-timers to anchor the whole thing.”

The artists he’s talking about — revered Texas singer-songwriter Terry Allen and his Mystery Panhandle Band, cosmic-jazz legend Marshall Allen and the Sun Ra Arkestra — might not be headliners at a more commercially minded music festival, but they’re heroes to Tweedy and Co. And when Solid Sound returns to North Adams, Massachusetts, after three years during the weekend of May 27, they’ll be at the top of the bill, along with multiple performances by Wilco and the members’ other projects. “We’ve tried to do it in the past, but this time seems different somehow,” Tweedy adds. “There’s a real feeling of this river flowing from the older artists to the younger artists.”

A top draw at Solid Sound this year is Japanese Breakfast, taking a victory lap after a remarkable run that has seen bandleader Michelle Zauner making best-seller lists with her crushing memoir Crying in H Mart and being nominated for a Best New Artist Grammy at this spring’s awards. “Michelle has had an incredible, incredible year or two,” Tweedy says. “She did ‘Jesus, Etc.’ at Lollapalooza a few years ago. That was really flattering and exciting, and we’ve gotten to be friendly. She’s pretty much the opposite of me, in terms of stylishness. But I have a warm feeling about our friendship.”

An intriguing name on the lineup is Bonnie “Prince” Billy, who shares similar origins to Wilco in the indie-folk and alt-country scenes of the mid-Nineties but has rarely been part of the U.S. festival circuit. “He’s been on our dream list for a long time,” Tweedy says. “He goes out of his way to present himself in a unique way that is outside of the normal, grinding-it-out touring kind of thing. I respect that. But that’s also made it a little harder to pin him down over the years. I’m excited that he said yes and that he’s going to be there.”

One of the factors that makes Solid Sound unique is its setting on the grounds of the Massachusetts Museum of Contemporary Art, whose collection includes conceptual wall drawings by Sol LeWitt, fantastical sculpture by Louise Bourgeois, provocative leaflets by Jenny Holzer, and a wide range of newer works. “It’s such an incredible privilege to get to use that space and interact with those visual artists and contemporary artists that have their works there,” Tweedy says. “We always get inspired by getting to play music next to these massive pieces of beautiful art. I just can’t believe how lucky we are to get to spend a week hanging out in that environment.”

He mentions a recent visit to Mass MoCA after light artist James Turrell’s Into the Light was installed. “We got to sit in the new James Turrell when it was lightly raining,” Tweedy recalls. “It comes in through the skylight as the sky is changing from crazy yellows and greens and purples, and adding color that you think the sky shouldn’t be. It was a really, really beautiful experience.”

Wilco have been working on new music since shortly before the pandemic began, and while Tweedy isn’t ready to offer an update, it seems safe to imagine there’s much for fans to look forward to. “It’s going great,” he says with a smile.

In the fall of 2020, Tweedy told RS a bit more about the sessions as they stood then. “There’s a lot of motivation, and I feel very inspired to make something that will be worthy of the catharsis that will come along with playing music in front of people again,” he said then. “I want to make something loud and joyous, and a sonic event that will be glorious enough for that type of moment that I’m picturing.”

As the pandemic has stretched on — delaying Solid Sound from its regularly scheduled return in 2021, but relenting enough at times to allow Wilco to play a few dozen shows — his perspective has shifted. “I think it was wishful thinking for it to feel like that,” he says. “What I didn’t anticipate is the level of trauma that everybody has gone through. It’s created these tiers of risk assessment for individuals. On any given night on tour, we would have 40 percent of the people not show up — even for a sold-out show — that just decided that day or that night that they couldn’t do it. That’s totally understandable.”

For now, he’s hoping that Solid Sound can help give Wilco fans something they have missed. “There have been moments where you can just remind people, ‘Hey, we’re here. We’re doing this,’” he continues. “You can see the relief ripple through the crowd, as they let it go, and be free of care for a little bit. That’s the big step. … I do think that there are and can be those moments. And every year we’ll probably get a little bit closer to it.”