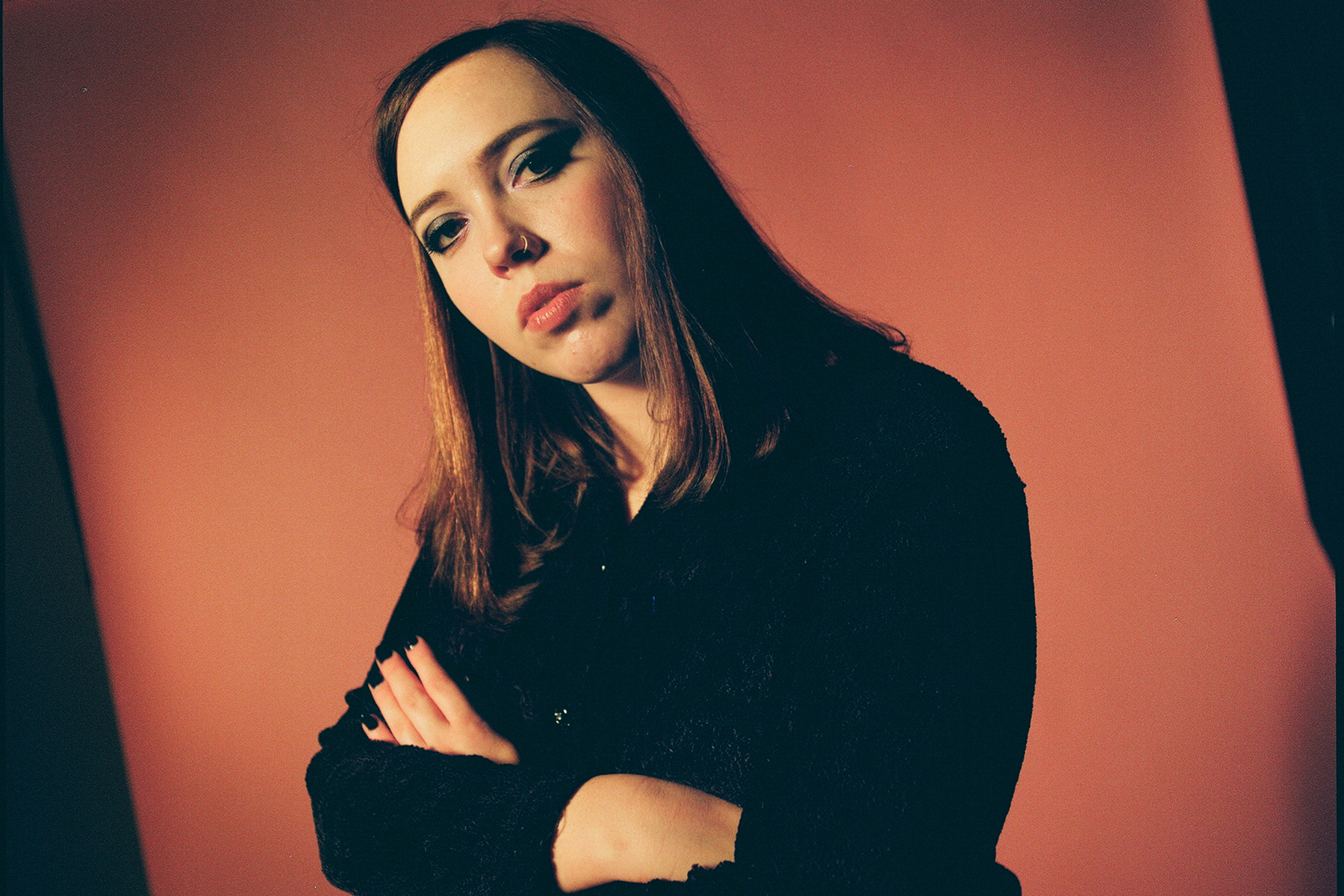 Sophie Allison listens to a lot of country radio. “I hear all these songs about guys and their trucks,” the singer-songwriter behind Soccer Mommy says, calling from her Tennessee home a few weeks before her 25th birthday. “It’s so goofy, but it speaks to you, especially when you’re from the South.” That imagery inspired Allison to write “Feel It All the Time,” a hazy rocker about her own pickup. “It was a challenge to myself,” she says. “The idea of mentioning my truck in a song and having it not be, like, the cheesiest thing you’ve ever heard.”

She won that bet and then some. “Feel It All the Time” appears on her third studio LP, Sometimes, Forever, produced by avant-garde noisemaker Daniel Lopatin. “It’s important to constantly be trying to change yourself,” she adds. “I don’t ever want to be in a box.”

You’ve described the theme of this record as being that sorrow and happiness are not permanent feelings. What does that mean to you?
It’s about accepting that everything in life comes in waves. Nothing is really permanent. But, at the same time, so many things are forever. For me, that’s always been something that’s hard to grasp, because I’m a very concrete thinker. I want to be like, “This is how things are, and there’s a reason.” Especially when it comes to emotions, I’ve always been wanting to be able to pinpoint why I feel the way I feel and how to stop it if I’m not enjoying it, or how to move past it. That’s just not the reality. The reality is that things come and go. They’re always going to return.

That’s why I wanted to make [Sometimes, Forever] the title. But the album is not really thematic like Color Theory. There’s a lot of opposites pulling at each other, conflicting thoughts and feelings, even on specific songs. It’s the way my life goes.

Can you give an example of those conflicts?
“New Demo” — that’s what I named the WAV file that I uploaded into my Dropbox and I could never think of a name — literally, the whole point of the chorus is basically, “Is hope worth it, or is it silly? Is hoping for better enough, or is it just a lie you tell yourself?” It’s that battle. I was trying to create this fictional, apocalyptic world, but you could obviously compare it to the real world.

A song like “Unholy Affliction,” the whole idea is, I don’t want to be a part of a system where I’m just an object that’s functioning for the wants and needs of a bigger power — but I do want success and perfection. It’s that struggle between drive and morality.

There’s some intense imagery on this album — like the line on “Darkness Forever” where you allude to Sylvia Plath’s suicide. How did you get there?
The song got started when I literally had the thought, “I could imagine why you would want to do that.” At the time, I was feeling very overwhelmed and paranoid, and my brain was on fire. The song is about taking that and twisting it into this idea of burning down your house and everything in it, including yourself, to expel the demons that live within you.

There’s a sense of magic on the album, too.
That’s funny, because me and Dan would joke, “We’ve got the normal songs, and then we’ve got the evil songs, and the magic songs.” There is a lot of dark fantasy and some mysticism happening.

On “Feel It All the Time,” you sing, “I’m just 22 going on 23/Already worn down from everything.” How do you feel now, in your mid-twenties?
That song is one of my favorites, from a songwriting standpoint. I’m making this metaphor of comparing my body to my truck, because it’s a 2002 — it’s pretty old. I was comparing my life span to this truck’s life span and wanting to cling to this freedom: just driving my truck on a long road with the window down, this lightness of time, and stress not existing.

Prior to the pandemic, you spent more than a year on the road, opening for artists like Liz Phair and Kacey Musgraves. What did you take from that?
Those tours were fun. When you’re doing those kinds of tours with artists that are so amazing, all you want to do is get to work, in a sense. The Liz Phair one was the only solo tour I’ve ever done. The Kacey tour, she had just won the Grammy [for 2018’s Golden Hour]. It was this moment of, like, “Wow!” It was really cool to see someone like that win Album of the Year.

The guitarist in your band is also your long-term partner. What’s that like?
It’s great. I mean, I’ve never toured without him. We’ve lived together for five years and been together for six. We are very much the type of people that can have a lot of fun together, but also like our own space. We exist very well together.

You briefly studied the music industry at NYU. Did you learn anything that helped you in your career?
I was at NYU for two years, but I was only in music business for one year. It’s no hate on the program to say that I didn’t walk away with that much information that was new to me. But one thing I did take away was this idea of everybody’s trying to fuck you from every angle. We’d look at contracts and see these ways to try to get things out of people. It made me very much like, “I don’t want to pay anyone to do anything that I can handle doing.” . . .
I was like, “I am here on scholarship. My parents take care of me, but I can’t have someone fund my career.”

Do you miss the DIY scene you came up in, playing small venues in New York like Silent Barn?
Oh, my God. I loved Silent Barn. My first-ever show as Soccer Mommy was there. It was fun and exciting. All these cities have their own DIY scenes where it runs on people’s generosity — it’s so community-oriented. It’s a much more fun way, until you get to a point where I could no longer do that, even if I wanted to. You’d get mobbed. Venues that don’t have space for you to be away from people can be a little bit uncomfortable and creepy. It’s unfortunate that you can’t just do that forever.

Has fame lived up to your expectations?
I do not enjoy it. But I also never thought that I would particularly enjoy it, either. I never was like, “When I’m famous . . . ” I’m just not very comfortable with strangers. I’m a Gemini. I’ve become more reclusive, for sure, but I’m fine with it. I can still go out to a show in Nashville. I don’t think I’m some celebrity that can’t go out.

What’s your relationship with social media like?
I’m not on it. Any of it. I’ll log on Instagram every once in a while to check my messages and respond to friends. That’s it. It’s honestly great. I just replaced it with solitaire and word games.

Do you have any advice for younger musicians who want to be indie stars?
Your art needs to be the focus. Just keep writing. Keep constantly playing music. All of the promo and stuff, save that for when people are making you do it. It’s the worst part.