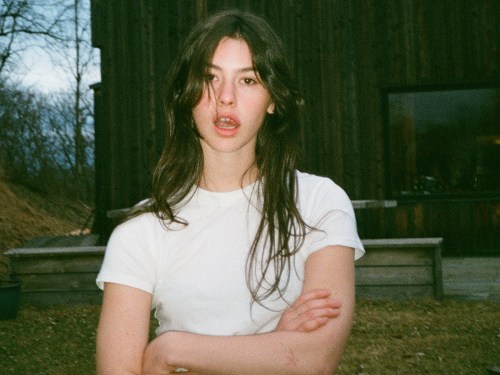 Coming off a busy Paris Fashion Week, L.A. singer-songwriter Gracie Abrams returns with her second single of 2022, “Difficult.” The track is a candid look at the uncertainty that comes with growing up and all its forms: In one line, Abrams sings, “If I move out this year, I’ll feel my parents slipping,” and elsewhere, she regrets how she ended things with a partner whom she admits didn’t feel quite right.

“Being in my early twenties, I know that I’m only just now scratching the surface of getting to know myself, which is obviously tricky to navigate,” Abrams tells Rolling Stone. “I definitely feel hyper-aware of how little I know. In some ways, that part is a huge relief, but occasionally it makes me feel really, truly insane —  ‘Difficult’ came from that place.”

When Abrams joined Rolling Stone’s Twitter account for a Q&A at Lollapalooza, she singled out the opening lines from “Difficult” months before the track would land on streaming services. “My double vision/Is only amplifying everything he isn’t/‘Til I feel less attached and bored to death, but listen,” Abrams laments on the song’s first verse. She knows just how hard she’s flexing her pen, calling her upcoming project “lyrically aware” and saying she’s written a lot for it. “I remember these lyrics came to mind so fast because they’re blue, but they’re also really clear,” Abrams says. “I think there can be both a confidence and a melancholia to realizations like the ones I work through in ‘Difficult.’”

“Difficult” is profound, honest, and mature — not in spite of Abrams not having all the answers, but because of it. Putting those feelings of anxiety about the unknown so eloquently is a skill that most of her peers are still refining. Abrams has built a fanbase by articulating the feelings that she and those who look up at her onstage all go through (that, and a knack for crafting an earworm of a chorus). On the second verse, Abrams sings, “To name this feeling/Would take a hundred thousand years.” She’s doing a pretty damn good job at putting it into words herself.

“Difficult” is just one of many songs that Abrams recorded with the National’s Aaron Dessner at Long Pond Studio in New York’s Hudson Valley. Abrams says the duo were at one point writing two songs per day: “One of the great joys of working with Aaron is that he’s created this environment where I really do feel the most myself, and I can see that reflected in our music.” Abrams says her forthcoming album was made in a bit of a vacuum — she and Dessner at Long Pond, isolated from distractions, with the project a result of long and honest conversations about love, life, and everything in between. “This album is what it feels like to be inside my head… [It] makes me feel like I’m handing out formal invitations to hang out inside my brain,” Abrams says. “Nerve-wracking.”