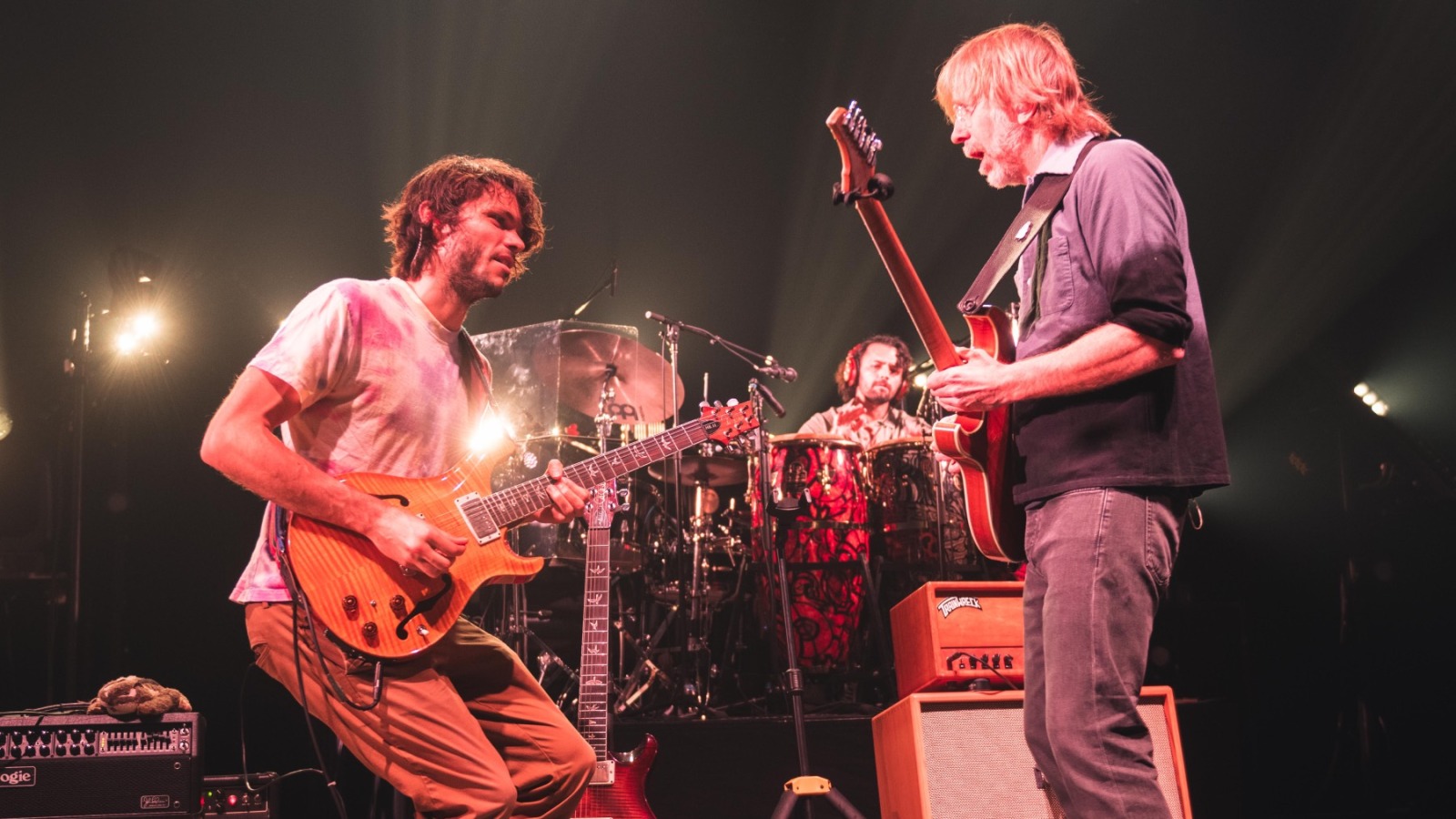 “There were definitely a lot more waffles than people that night,” says Rick Mitarotonda, the lead singer and guitarist for Goose. He’s reflecting on the band’s 2017 gig at Funk N Waffles, a 200-capacity venue in Syracuse, New York, just a half mile from where he and his bandmates are gathered on this November Friday night — at the 7,000-seat Oncenter War Memorial.

Earlier this summer, Rolling Stone talked to Goose — the country’s hottest jam band — about adapting their live sound for the studio to record their album Dripfield. This past weekend, we caught up with the band on the road during their tour with Trey Anastasio Band, a double bill that had jam fans spinning in the aisles.

Syracuse was the second-to-last show of an eight-date northeast run with Anastasio, the Phish frontman who arguably became the de facto leader of the jam scene since the 1995 death of Grateful Dead guitarist Jerry Garcia.

“I’ve looked up to [Trey] for a long time, as a musician, music creator, band leader, and role model,” Mitarotonda says. “And the fact that he wanted to do this [tour with us], I feel immense gratitude.”

“Even two years ago, we wouldn’t have pictured any of this,” says Peter Anspach, the band’s keyboardist and guitarist. “Growing up being a fan of Trey and Phish, playing next to him onstage is pretty ridiculous. When you’re in the crowd at a Phish show, you never would think that’s going to happen.”

When the co-headlining tour (dubbed “Taboose”) was announced back in August, it arrived with high expectations for performers and fans alike. Remarkably, they’ve mostly all been satisfied. Even the notoriously high standards of Phish Phreaks were met during the nightly sit-ins by Anastasio and Goose in each other’s sets. And Thursday’s show in Fairfax, Virginia, at the EagleBank Arena achieved instant-classic status when guitar wizard Billy Strings joined TAB and Goose for several songs, including an all-out blitz cover of Phish’s “Carini.”

“The takeaway from this tour has been this amazing learning experience of what can happen through the stages of your career,” Anspach says. “And how to approach all those things, those changes, and evolve musically.”

Anastasio first came into the fold when he watched one of Goose’s mesmerizing livestreams last year and reached out. They crossed paths last spring in Atlanta at the Sweetwater 420 Festival and brainstormed ideas to collaborate. In June, Anastasio jumped onstage at Goose’s sold-out Radio City Music Hall and talks got underway for the “Taboose” fall tour soon after.

“For whatever reason, [Trey] wanted to do something [with us],” Mitarotonda recalls. “Even if it wasn’t us, the fact he wanted to take the next generation under his wing is a pretty cool thing.”

Formed in Connecticut in 2014, Goose went through the normal routine that many New England jam-rock acts, Phish included, go through: the nonstop touring through college towns and dive bars, constant rehearsing, and emphasizing “you had to be there” moments of live improvisation. Before the pandemic, they were moving a couple hundred tickets per show but emerged from the shutdown as a live powerhouse, selling out storied venues like Colorado’s Red Rocks Amphitheatre.

In an aging landscape that sometimes feels melodically stuck in molasses, Goose is a breath of fresh air. They’re an arena-level jam band that millennials can finally call their own after years of older fans telling them, “You should have been here back in the day.” Goose, however, is happening right now.

“[Trey] was talking to us about the 1990s when [Phish] was coming up and there was so much competition — a lot of different, very creative people doing a lot of things,” Mitarotonda says. “And he was saying there was a stint [after that], where he was feeling like that wasn’t happening, and he was getting nervous about the creativity and future of the [jam] scene.

“I’ve been kind of seeing that across the board [nowadays], with creativity not trending upwards. Technology is making it harder to be genuinely original and creative,” Mitarotonda continues. “So I think [Trey] is wanting to draw attention to creativity, and to encourage creativity [with this tour].”

With 2023 on the horizon, there’s already a lot going in the Goose camp. The group just dropped its new EP, Undecided, featuring road-tested tracks finally given the studio treatment and recorded during the Dripfield album sessions.

Before the year is up, the band will host its annual “Goosemas” holiday blowout at the 1stBank Center in Broomfield, Colorado, and will ring in the New Year with a pair of sold-out shows at the Andrew J. Brady Music Center in Cincinnati. They also have an already sold-out five-night spring run at the Capitol Theatre in Port Chester, New York.

“Whatever impact we’re having, we’re doing everything we can to make it a positive impact. Anything beyond that? Being the next ‘torchbearers’? It doesn’t matter,” Mitarotonda says. “[The jam scene] has always been an ecosystem, and it always should be an ecosystem — all we can really hope for is to be part of the ecosystem.”