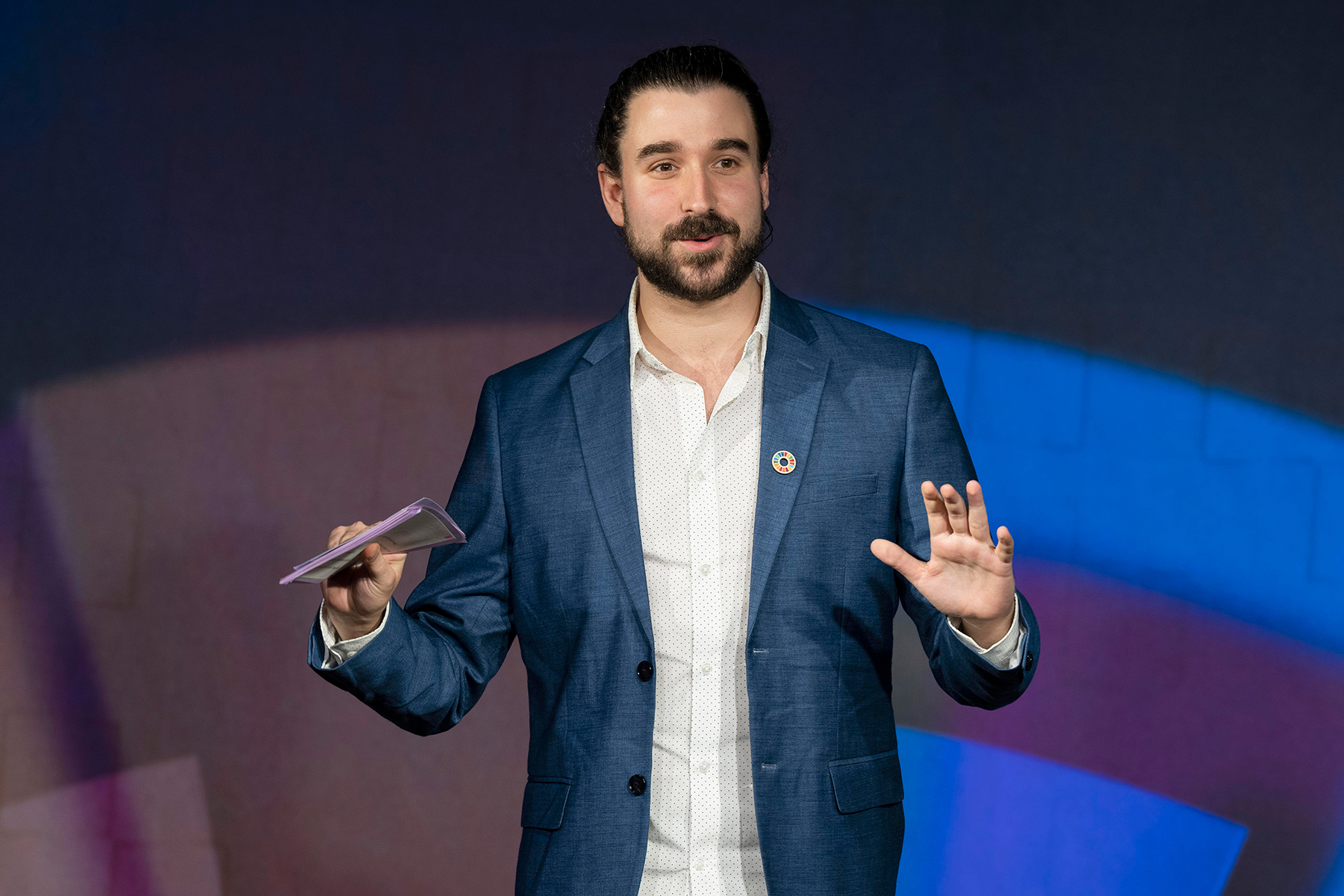 It’s hot. It doesn’t just feel hot, it’s actually hot. This summer, the temperature at 23 of our 32 outdoor shows was above the historical average. We felt it, our crew felt it, our fans felt it, and our bottom line felt it. Climate-change-induced heat waves across the U.S. and Europe are having widespread detrimental effects on the music-touring industry.

In Little Rock, Arkansas, our contract required a 60-minute performance. Twenty minutes into the set, we made the decision that it was no longer safe to perform. Playing music in over 90 degree weather, under a tin roof, made the stage feel like 105, but this was not even close to the sweatiest experience. The physical strain of performing in Phoenix in 107 degree heat was nearly unbearable (even though it was a dry heat).

While we (the band) have to perform for a few hours each evening, our crew wakes up by 7 a.m., exposing themselves to the heat and sun for upwards of 18 hours a day.

At 10 AJR concerts this year, the structure of the venues required fans to wait outside in the heat for anywhere from one to four hours in order to enter the venue. In Salt Lake City, I took a golf cart, bringing bottled water to the parched crowd as they waited in line. Definitely not the most sustainable solution, but in the moment, it was better than more fans passing out.

Even still, at least 10 of our fans collapsed from heat-related stresses this summer, more than any tour we’ve ever been on. AJR is not alone in this. Rosalía paused a concert to ensure fans who had fainted were out of danger, Eddie Vedder developed throat damage from singing through a heat wave, and Carlos Santana collapsed midset due to heat exhaustion. This means more medics on site, more security, more staff distributing water bottles. It’s an added expense we’re happy to help pay; I am proud to say that we in AJR are addressing our touring impacts independent of any financial losses

But other acts — and other promoters — may not feel the same way. And the business pressures triggered by climate change are mounting.

Merchandise can be a major profit center, but even sales aren’t exempt from the effects of the heat. Some artists sell towels to lay on, battery powered fans to keep you cool, and reusable water bottles in line with the sustainability theme. But for many artists, the top-selling items are T-shirts and sweatshirts. On AJR’s (and nearly every other artist’s) tour, there is a substantial price difference between the two, because of the cost of the goods themselves. Sweatshirts are a lot more expensive, and they make more money.

At nearly every one of these warmer concerts, the percentage of sweatshirt revenue decreased and the percentage of T-shirt revenue increased. It makes perfect sense: Hotter weather means less clothing. Fewer sweatshirts means less money for the band, the promoter, and the venue. Our merchandise sales across the tour were down seven percent from the average. Nearly the entire loss came from cities that were extraordinarily hot.

For us, the physical hardship is just as big a deterrent to touring as the financial. Promoters and venues feel the financial effects more than the physical, but that should be enough for them to take action on climate change. For starters, that means focusing on renewable energy to power the venues, reducing waste, and selling locally sourced food and drinks.

This may in fact be the coldest summer of the rest of our lives. We need industry-wide standards, unless everyone wants to see fans, crews, bands, and their bottom lines hurt even more by the effects of climate change.