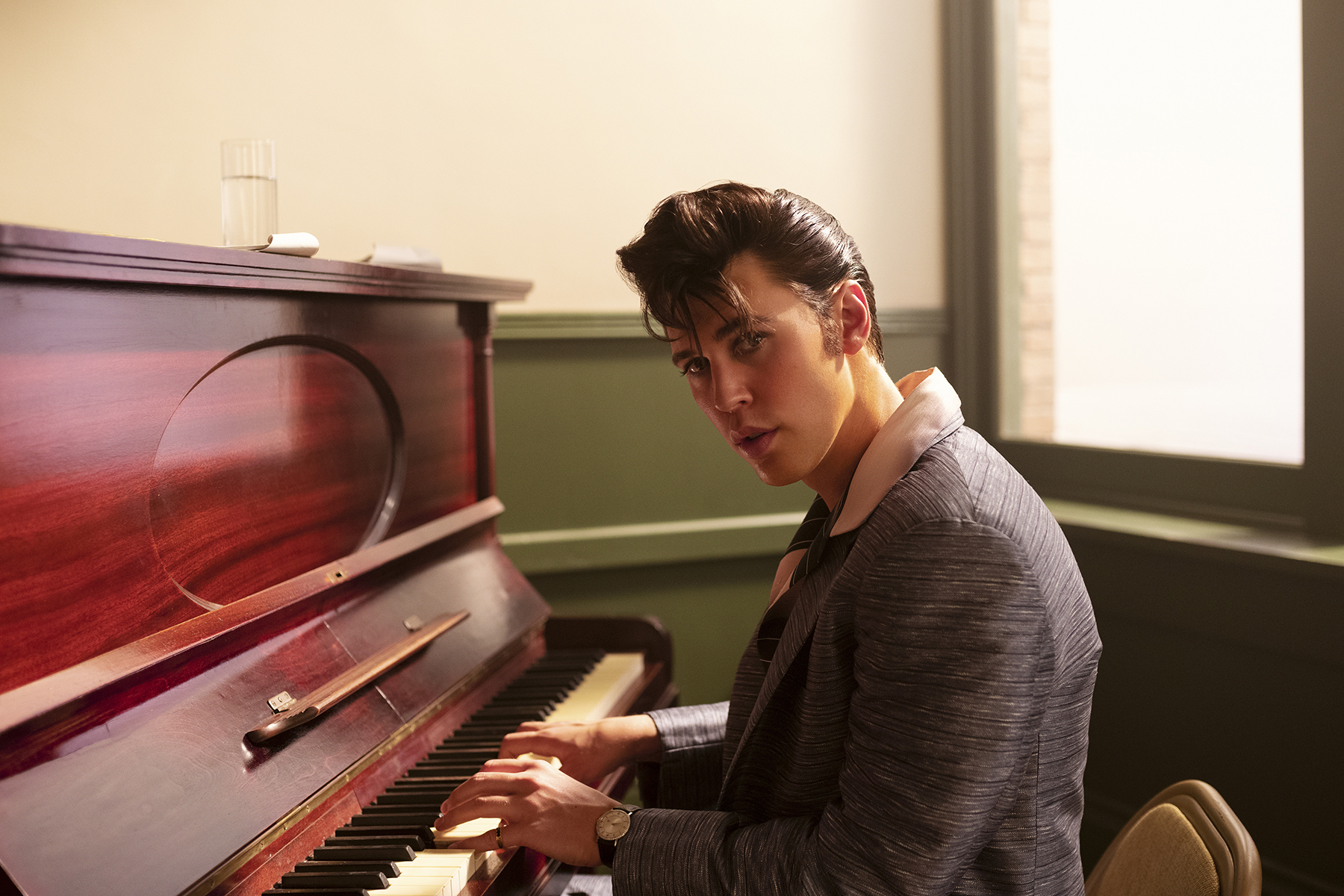 Forty-five years ago, on Aug. 16, 1977, Elvis Presley was found dead in the bathroom of his palatial Graceland estate in Memphis — officially of cardiac arrest, but the medicine cabinet of prescription drugs in his system surely didn’t help. In the decades since, reviving Presley and his legacy has become a recurring pop-culture ritual. The campaigns have included a jukebox musical, numerous reissues and lavish box sets, an EDM remix, documentaries (most recently 2018’s Elvis Presley: The Searcher), and biopics (starring Kurt Russell and a pre-Miami Vice Don Johnson).

Each time around, the attempts, even those with the best of intentions, didn’t quite do the trick of introducing Presley to a new generation: They were all preaching to the same loyal, and maturing, King choir. So when it was announced in 2019 that proudly over-the-top director Baz Luhrmann (Moulin Rouge!) would be next in line to make a dramatic feature out of Presley’s life, the idea of turning Gen Z and millennials into Elvis fans seemed like an even more Herculean task.

For a generation that grew up with hip-hop, Max Martin-pumped pop, and early ’00s pop-punk as their connection to rock, what possible appeal could there be in an icon who made his first recordings nearly 70 years ago? Or one who has been labeled by some as racist, culturally appropriating, and a symbol of bloated pop excess? In the 21st century, Elvis Aaron Presley should be as relevant as an eight-track tape of Moody Blue.

Yet in what amounts to a minor miracle or a genius marketing campaign, Luhrmann’s Elvis has connected with both the Presley faithful, who, on Monday night, spent hours in line waiting to file past Presley’s grave at Graceland’s candlelight vigil, and those born this century. According to Comscore, when the film opened in June, roughly one-fifth of those who purchased a ticket were millennials and Gen Z, a startlingly high number for an artist who rocked their grandparents. As of this week, the biopic, all two-and-a-half-hours of it, has grossed over $141 million — not quite Marvel movie level, but more than respectable. There’s even Oscar talk for the film’s star Austin Butler, who plays both the young and ravaged Elvis and literally grows into the role as the film plows on.

Meanwhile, Presley’s streaming and physical-music sales have jumped since the movie’s premiere. His year-to-date streaming-on-demand numbers, according to Luminate Data, are over 527 million. For comparison, Nirvana’s are 741 million, while Doja Cat, who’s heard singing “Hound Dog” in the movie, about 2.1 billion. The Elvis soundtrack — a baffling blend of remakes, remixes, and a few original Presley tracks — has shimmied its way into the Top 30. (Next in the Presley pipeline: an expanded, seven-disc blowout of 1972’s Elvis on Tour live album, coming in December.) To quote one of his old album titles, Elvis Is Back! Or at least more than anyone might have possibly expected.

As my colleague K. Austin Collins has written, the movie itself is one messy peanut-butter-and-banana sandwich. As I’d agree, it also fudges, misrepresents, or overly dramatizes some of Presley’s story, as Alanna Nash, author of The Colonel: The Extraordinary Story of Colonel Tom Parker and Elvis Presley has rounded up. Presley’s opposition to many of Parker’s schemes seems overstated at best. (By the end, Tom Hanks’ Parker is all but cartoonish in his villainy.) But the movie doesn’t whitewash Elvis’s decline, and Butler truly inhabits the latter-day Elvis, especially during a recreation of “If I Can Dream” from his 1968 NBC-TV special. Luhrmann’s cinematic-overkill approach all but matches the dark-side-of-pop story it tells.

During the first half of the movie, Butler seems at times too callow as the Presley of the Fifties. With his male-model good looks and unthreatening air, he’s more Shawn Mendes or early Justin Bieber than the raw, dangerous Presley that frightened parents. But maybe that’s precisely what makes him appealing and relatable to those born this century: He’s Elvis for the TikTok crowd, polished up and easily digestible. Butler and Lurhmann go on to reveal Presley’s edge in their presentation of his Hollywood-to-Vegas era, where all the TMZ-level scandals — divorce, drug addiction, random gun-shooting — drive the narrative and, perhaps, make Elvis seem newly relatable to contemporary eyes.

Yet even when Butler’s Presley seems a little too wholesome, he offers hints of Presley’s infamous sexuality, that heady brew of come-hither sultriness and outright lasciviousness that was such a part of the hip-swiveling entertainer’s legend. Maybe what’s also driving the movie — and pulling in fans who aren’t longtime Elvis heads — is the sight of something that can seem foreign in the culture these days: a charismatic, sexually charged rocker.

Presence, work-the-stage chops, and spicy repartee at which Presley excelled still exist in pop and hip-hop, of course: See Harry Styles, Lizzo, and Doja Cat. But not so much in modern rock & roll, where grunge-derived dourness still lingers, and even bands who clearly yearn for the flash of the past, like Greta Van Fleet, can feel like re-creations. What’s missing are the ones who yearn to be so massive and famous that you can sense it in their every onstage movement. Elvis, both a rock and pop star, had that, and so does at times Elvis the movie. Much like Bohemian Rhapsody, the film reminds you what rock & roll has lost in terms of spectacle and sheer magnetism. Maybe its reception will inspire the next generation of rock bands to bring a little less conversation, and a little more Elvis-style danger, back to the stage.