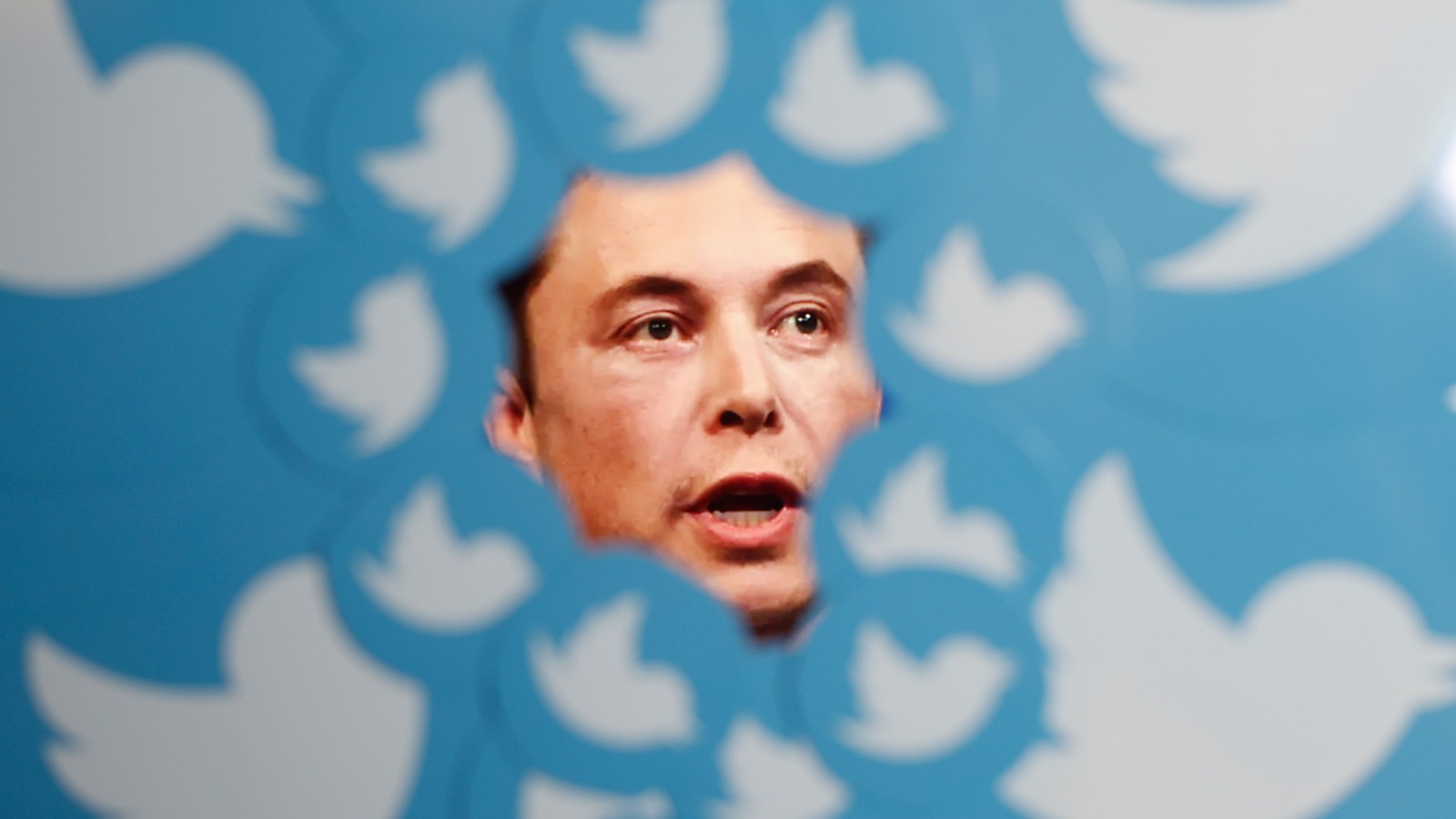 Dana Meyerson, the founder of publicity firm Biz3, has been on Twitter since its early inception as a widget where users had to text their tweets to publish them. She was introduced to the platform when Herb Magazine partnered with Twitter for SXSW in 2007.

“There would be a live feed to the Twitter widget on Herb’s website, and it would just say what people are doing,” Meyerson recalls. “And you’re also sending these messages into the void of…who’s even reading it? I was like, ‘How am I going to get bands to do this?’” Fifteen years later, Twitter is a vital communication tool for musicians, politicians, police departments, city municipalities, and other large agencies looking to keep a line with the public. Pew Research reported that 1 in 5 Americans use Twitter, and “around seven-in-ten adult Twitter users” get their news from the site.

But those dynamics may change after Elon Musk’s recent acquisition of the social media company. After laying off roughly half of Twitter’s staff, Musk reportedly hurried the rollout of his controversial Twitter Blue feature, which allows almost any user to attain “blue badge” verification for a monthly $8 fee. Twitter started its verification program to ensure users were getting information from credible sources and actual celebrities, while this latest feature has been taken advantage of to impersonate the likes of LeBron James and ESPN Reporter Adam Schefter.

For publicists like Meyerson and Scott Jawson, of Dark Matter PR, the changes could begin to affect how they do business. Jawson says he uses Twitter primarily to find press for clients such as Big Boi, Mavi, Montell Fish, and SoFaygo. “For me, a lot of times it’s not very easy to find journalists and writers’ contacts,” he says. “And Twitter is a pretty valuable tool in that you can see — especially if someone’s verified — if they’re tweeting out links to their article, it makes it easier to get in touch with them. If there’s more confusion about that, it’s going to be harder to parse out who’s who. And it might also deter people from being on the platform.” Jawson also expressed concern about people impersonating journalists on Twitter and scamming up-and-coming artists.

The newfound ease of impersonation has also given Meyerson reason to worry about scammers possibly preying on young fans. The 20-year publicity veteran represents acts such as The Weeknd, Lil Baby, and A$AP Rocky. She believes that a mass Twitter exodus would reinforce the importance of real-life relationships. “I think what it’s going to do, and I already see the shift happening, is [encourage publicists] to go out to shows and meet people in real life,” she says. ”They’re going to have to find clients that the writers care about and then connect that way. I think many young people have used social media as an accelerant to be like, ‘I know all these people.’ But there’s a different kind of relationship when you meet someone in real life versus how you present yourself and who you are on social media.’”

On the flip side, Meyerson also thinks that people leaving Twitter could prevent music from blowing up on the platform as frequently. “[Twitter] is the Wild West, so it’s worked in artist favors,” she says. “If you look at Megan Thee Stallion, her music was blowing up, but ‘Hot Girl Summer’ was trending on Twitter, and then it jumped the shark of celebrities taking their picture and hashtagging ‘Hot Girl Summer.’ So literally, a song came out called ‘Hot Girl Summer’ that Nicki was on, and it was capitalizing on something born out of social media, specifically Twitter.”

So-called “Black Twitter,” a social community of mostly Black users, has become a cultural driver of the platform. The Twitter hysteria around songs like “Bad N Boujee” and “Bodak Yellow” helped both singles reach number one on the charts. Fanbases like Nicki Minaj’s “Barbz” regularly organize mass-listening Twitter sessions to help their artist top the charts. Twitter has become a forum for music fans to converse with each other and their favorite artists.

“[With] Twitter, there’s a lot more talking, there are a lot more conversations happening,” Meyerson says. “It’s a lot more engagement in a really simple way. So it seems like a platform that anyone can use. And instead of selling images or videos, you’re selling more ideas, thoughts, or conversations. So I’m not shocked that as the world divides more between art and commerce that someone is coming in and shaking things up. The direction it’s going in feels scary.”

Musk’s decision to fire his entire moderation team has exacerbated rampant hate speech issues. For example, in the 12 hours after Musk closed on his Twitter acquisition, there was a 500% surge in usage of the N-word, spurred mainly by racist accounts taking advantage of the lax rules. That racist uptick dovetails with digital firm Bot Sentinel’s reporting that Twitter lost close to 877,000 users and had to suspend nearly half a million more in the five days following Musk’s acquisition. According to the firm, that’s twice the amount of activity in a typical period.

“I think, as we’ve all witnessed over the past few months, everything’s coming to a head,” Meyerson says. “Is it freedom of speech, or is it hate speech? And where do we stand with that? In no other platform are we seeing this the same way,” Meyerson says.

Jawson agrees on Twitter’s toxicity, noting, “I think there are people who enjoy using Twitter, and they already know it’s a terrible place. When Elon Musk came and said, ‘I don’t want it to be a free-for-all hellscape,’ it was already a free-for-all hellscape.” Meyerson says. “Anyone could go in and buy [a social platform]. So then, is the responsibility of the seller to make sure that they sell it to someone who’s got morals? It’s not the same as putting someone into government, so assuming that there’d be any ethics in capitalism is the first problem.”

Entertainers like Sara Bareilles, Toni Braxton, and Whoopi Goldberg have already left Twitter in response to the changes. In a Tweet, Braxton cited the uptick in hate speech as her reason for logging off. “Hate speech under the veil of ‘free speech’ is unacceptable; therefore, I am choosing to stay off Twitter as it is no longer a safe space for myself, my sons, and other POC,” she wrote.

Now, a growing number of users are touting Mastodon as a potential Twitter alternative. Mastodon’s “toots” feature is similar to a tweet, but the platform’s complicated sign-up process and segmented servers prevent conversations from flowing as freely as on Twitter. Meyerson has yet to look into Mastodon, while Jawson says he would be open to using it if enough people he respects begin using it.

Other artists are leaning into Discord to stay connected with fans. Jawson’s client Mavi has recently proposed starting a Discord server, but Jawson says the decision is unrelated to Musk’s Twitter purchase. Jawson believes that Discord is a worthwhile “fan club” for artists but has drawbacks. “Discord is also owned by another billionaire with his agenda,” he says. “Maybe he’s a little bit less hotheaded and chaotic than Elon Musk, but all these platforms are owned by people who have potentially nefarious goals, whether they telegraph it as directly as Elon does or don’t.” Nevertheless, he adds, “I feel like there has to be some better alternative to what’s going on now. It’s just who’s going to create it and how can you do it sustainably without forcing algorithms that encourage hate speech.”

Until that utopian app arrives, Meyerson believes it’s up to entertainers to follow Braxton, Goldberg, and others by leveraging their massive followings against Musk. She cites the artists who removed their music from Spotify in response to Joe Rogan’s controversial anti-vax stance. “If I’m an artist and someone can impersonate me, I would just be really clear and say, ‘I’m not going to take part in this platform anymore because of that,’” Meyerson says. “Instead of complaining about it and saying, ‘well cool, I’m going to move on,’ do something about it. Use your power.”