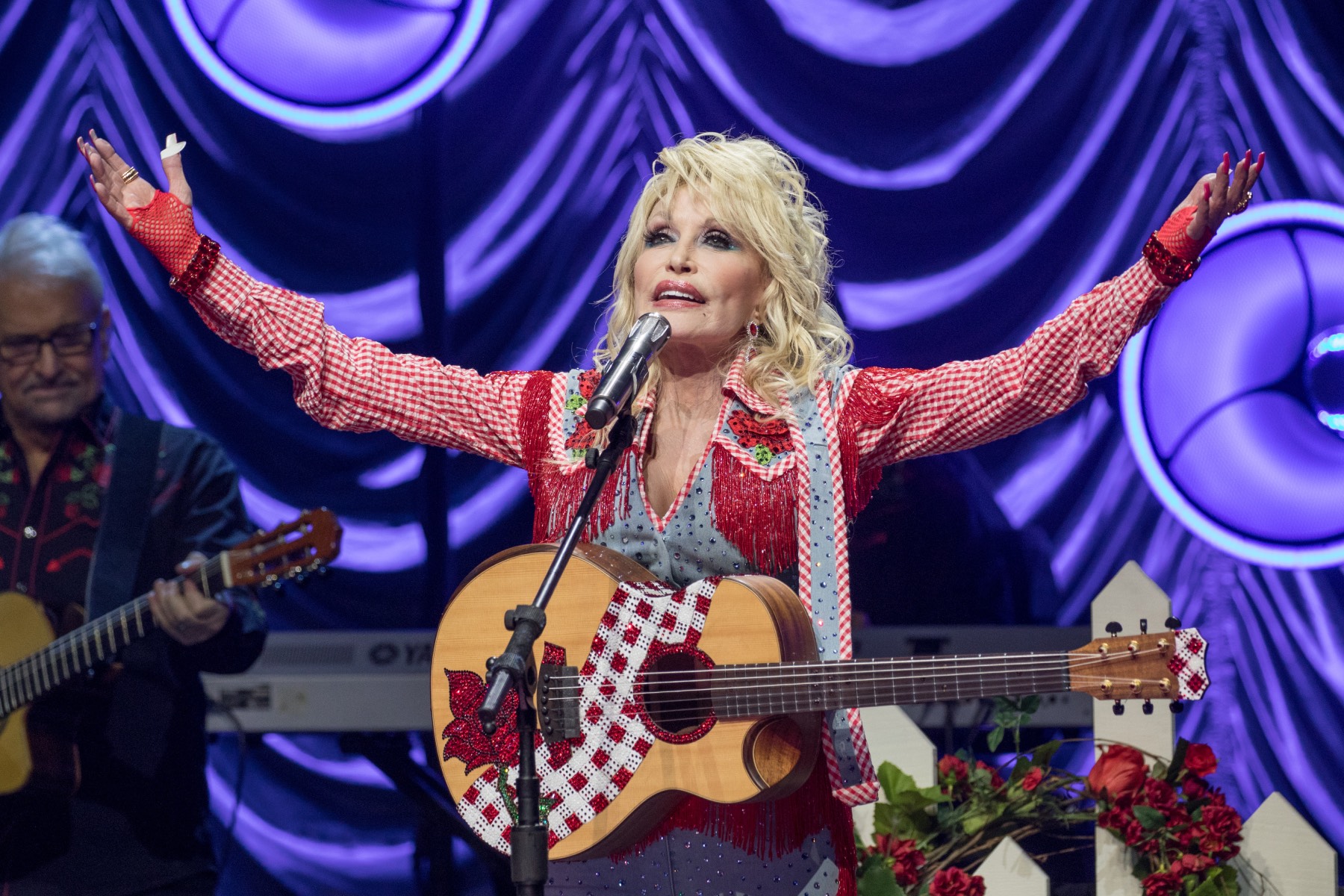 Leave it to Dolly Parton not to be limited by the conventionally accepted constraints of SXSW. In her first-ever appearance at the festival, she didn’t just play a show, she created her own universe — specifically, the “Dollyverse,” a cheerfully branded excursion into the digital Wild West of the metaverse.

Coming complete with complementary NFTs linking either to a commemorative poster or a copy of Parton’s new album, the Dollyverse was only one element of Parton’s multi-media SXSW blitz. She was also here with James Patterson, the crime novelist with whom she co-wrote the recently published Run, Rose, Run: A Novel. Her album of the same name is the book’s musical counterpart.

Parton promoted both during her Friday night appearance at ACL Live at the Moody Theater, sitting for a joint conversation with Patterson moderated by the actress Connie Britton. Parton gave a mini-concert too, playing songs off Run, Rose, Run and signatures like “Coat of Many Colors” and “Jolene.”

What she didn’t do is ruffle feathers. Parton steered clear of the minor controversy she caused earlier this week by attempting to withdraw herself from consideration for induction into the Rock & Roll Hall of Fame — a request the Hall denied on the day Dolly performed at SXSW. At one point, she spoke broadly about how “there’s so much bad in the world” during a response to an audience question and seized the opportunity to send her love to “Our friends and brothers and sisters in Ukraine.” Similar to remarks she gave onstage at this month’s ACM Awards, it was a smooth answer that emphasized Parton’s showbiz skills, a talent she’d also rely on during her performance.

Parton opened the concert by zipping through three amiable songs from Run, Rose, Run, playing the new tunes with the conviction of a saleswoman peddling her wares. Then she delivered the goods, rewarding fans with standards from her songbook, each introduced by long, charming tales of a time before she was a star. Those days are long ago, as evidenced by a gleaming, seamless performance that made old tunes — and old tricks of the stage — seem fresh again.

She may have told these same stories before, and she’s certainly sung “Jolene,” “Coat of Many Colors,” “Here You Come Again,” and “9 to 5” countless times, but there was never a hint that Dolly was going through the motions at SXSW — IRL or in her “Dollyverse.”