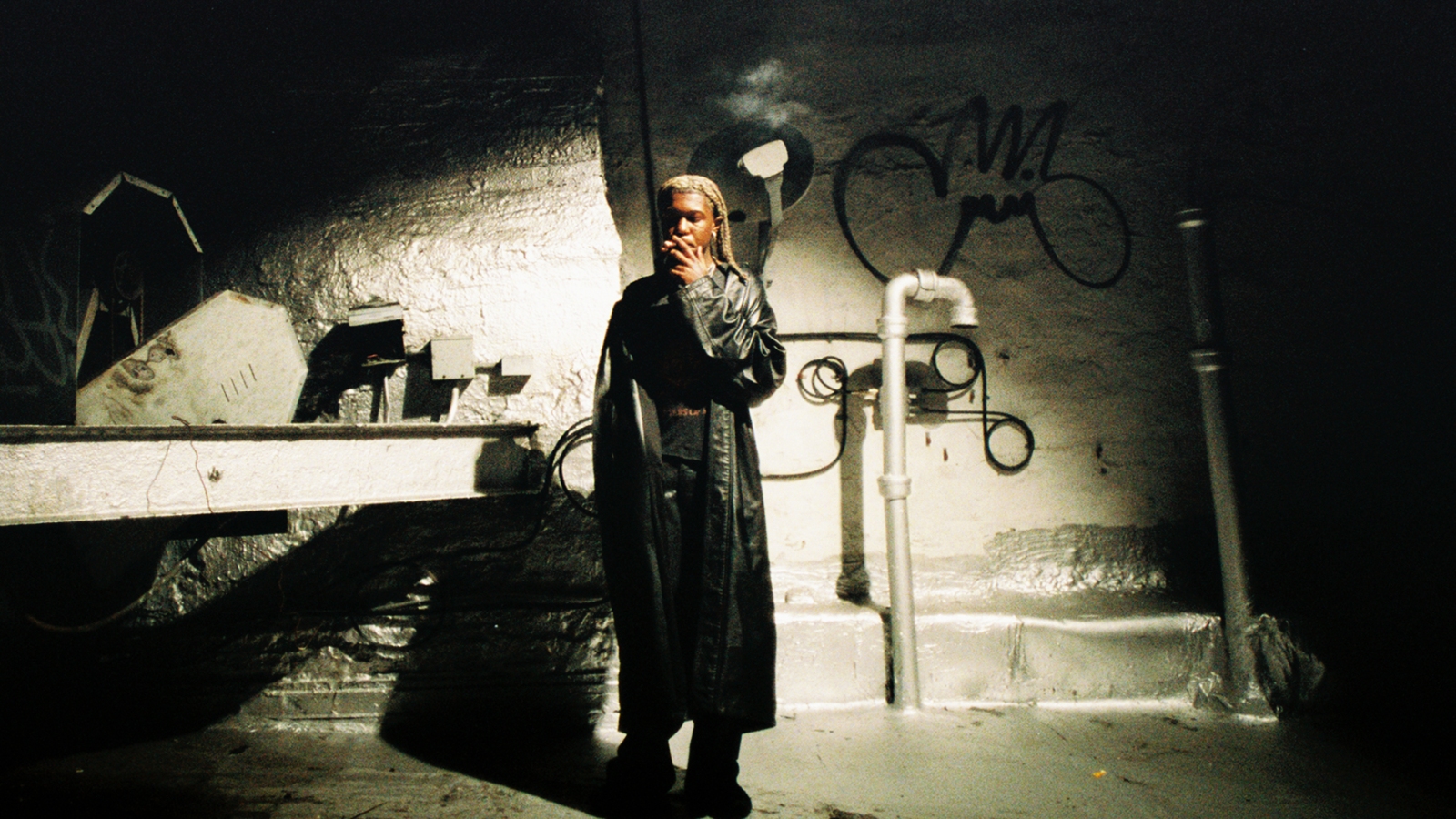 If you scrolled through TikTok this year, you’ve probably heard Destroy Lonely’s “NOSTYLIST.” The 21-year-old Atlanta native scored a viral hit when he crooned over a mesmerizing beat, boasting about waking up and “putting that shit on,” shouting out his favorite brands to wear and reminding us all that he needs “no stylist.” When we meet at a studio in New York, he couldn’t be any happier with how he’s spent the past month in the city: shopping and rapping.

Dressed in a long black trench coat, big black trousers, slippers, and a glistening pinky ring, Destroy Lonely fires up a big Backwoods and expresses his gratitude for the success of the single and EP, also entitled NOSTYLIST, which have brought him more than 2.6 million monthly listeners on Spotify. But after two puffs, he reminds me that this is just the start of a world he is creating for all his aspirations. “I don’t look at myself as just an artist or rapper,” Lonely says. “I know there are people who want to go after what they want to do but external things stop them. I want to be that voice to people. That’s the only thing I want. Platinum plaques are cool, but I just want to inspire.”

Before we get a chance to talk, Lonely plays me some of his unreleased tracks, some of which will make it onto the deluxe NOSTYLIST, entitled NS+ (ULTRA). Since he has been in New York, he says he has recorded more than 120 songs and counting. At one point Lonely and his engineer pull up the dates on the hard drive to show all of these songs have been recorded recently. Lonely goes from saying he will play me three more tracks, which turns into four more, then five more. “I just love sharing my music with others,” he says. By the time he unplugs his phone from the studio auxiliary cord, he’s played almost 25 tracks ranging from acoustic guitar-like ballads to experimental trap.

Lonely’s way of switching his cadence up, mixed with humorous bars like “Upgrade my wrist, call it Elsa cause it’s frozen,” have combined to position him as an artist who’s up next in the Atlanta rap scene. He grew up freestyling, and he’s always taken the craft of rapping seriously; his dad, who’s also a rapper, was signed to Ludacris’ Disturbing tha Peace record label under the name Infamous 2-0 in the late Nineties. “For my career and how I treat my music, I base it off like real rap like Lil Wayne, 2Pac, Biggie, Mos Def, and Kanye West — people that really be barring the fuck out,” Lonely says. In school, he always felt his strength was in writing, and now for a living, he writes raps. “I’m always trying to push my brain. How I could flip these words — it’s fun for me, to make new flows and shit. It’s a challenge.”

Lonely’s ear for dynamic yet blaring instrumentals is another key part of his identity. He credits it to the chemistry he and producer Clayco have developed over the years, which started with Clayco emailing Lonely beats. “There is no me without Clayco,” Lonely says. He also connects his taste in beats to his experience playing the piano, violin, and trumpet as a kid growing up. His alternative influence comes from listening to bands like Crystal Castles, Deftones, and the Cure, while rap predecessors like Lil Wayne, Drake, Future, Young Thug, and of course Playboi Carti are just a few he grew up listening to.

In 2021, Destroy Lonely inked a deal with Carti’s label Opium under Interscope Records and became one of the first to join the roster alongside labelmate Ken Carson. It was the video for Lonely’s 2020 track “Oh Yeah” that grabbed the attention of Playboi Carti, which led to their first meeting. “The first time I ever spoke to him he said he wanted me to sign to him,” Lonely says. “Then I saw him a couple of days after and we were in the studio and made at least 20 songs. So after that, it was up.” Outside of being a fan of Carti’s music, the two also developed a relationship that formed into a brotherhood. “He helped me with a lot of stuff outside of music and even just transitioning to where I’m at now, ” Lonely adds. “That’s my big brother. I love him a lot. One of the greatest people on Earth.”

Born Bobby Sandimanie lll, Lonely spent a lot of his adolescent years by himself. Although he had two younger sisters and an older brother, they were all half-siblings, so he felt more like an only child. With permission from his grandmother, who was a former teacher, Lonely began home school in sixth grade. “I was just like this school shit wack as fuck,” he says. “So I asked my grandma if I could go to school at home.” What he didn’t realize was homeschool meant he wouldn’t be seeing anyone else other than his grandmother. “I’m sitting at home with my grandma all day and I don’t have any friends,” he recalls — an experience that is part of how he came up with his stage name. “I spent a lot of time by myself, so I just called myself Lonely.”

“Destroy,” the first half of his stage name, came from the time when he enrolled back into school for ninth and tenth grade. “I was getting high as fuck, doing Xans and shit — like 14, 15 years old, getting shit-faced high,” says Lonely. “I knew at some point I shouldn’t do that. I felt like if I kept doing that shit it would harm me. I got the ‘destroy’ from that, self-destruction. So then together we got Destroy Lonely.”

Outside of music Lonely, wants to continue to venture into fashion, make speakers, have his own record label, and create films. “It’s going to be a point where it is more than just music,” said he says. “It is going to be a whole world that lives within Destroy Lonely.”

As we wrap up going on three hours in the studio, I ask if he has any dream collaborations. “I can’t really speak, because right now I am overly in love with myself and what I am doing,” he replies. “There’s not a specific way to be a rapper. There isn’t a specific way to make alternative music. You could just really do whatever the fuck you want, and that’s what I’m doing. I’m just making whatever the hell I want. Because who the hell said I can’t?”