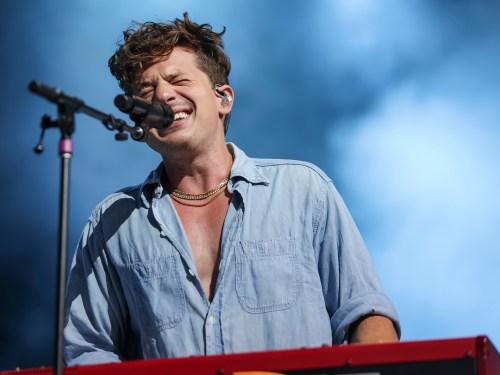 Charlie Puth’s strong new album, Charlie, is the product of two break-ups — one with a longtime business associate, the other with a girlfriend. “It was a loss at one time of two relationships that I thought I needed to succeed,” he says in a revealing interview on the new episode of Rolling Stone Music Now. “I realized that I’m capable of a lot of things, and making an album is one of them – and I’m gonna do this myself. I hope people listen to this album and realize how special they are, because I realized how special I was.”

In the interview, Puth goes deep on the making of Charlie, and much, much more, from writing “Stay” for The Kid Laroi and Justin Bieber (and getting pranked by Biebs afterward) to why he still hasn’t figured out if Benny Blanco is serious or not when he insults Puth on TikTok. (“Maybe it’s some weird L.A. shit that I don’t understand, where we’re friends, but on the Internet, we’re foes.”) To hear the entire episode, listen on Apple Podcasts or Spotify, or press play above. Some highlights follow:

Puth was signed to Ellen DeGeneres’ short-lived record label in 2011 — and it didn’t work out. Greyson Chance recently told Rolling Stone that he felt “abandoned” by DeGeneres (a claim that she disputed), and Puth says that he had his own unpleasant experience at the talk show host’s label. “We both have different experiences, me versus Greyson,” he says. “But I do agree with him that no one was present, certainly, after the creation of my first demo EP. Not putting any blame on one person, but from a collective… All the people that were in that room, they just disappeared. I didn’t hear from anybody.” (Sources close to DeGeneres’ team say they don’t recall this happening.)

Puth says he’s never discussed any of this with DeGeneres herself, and that he has no problem with her personally. “People describe Ellen as rude,” he says. “I’ve never experienced that. Maybe she likes me.” In any case, Puth thinks he was so inexperienced at that point that he’s glad those early songs didn’t come out. “I don’t know how good they are,” he says.

Even as a Jersey boy, he can’t choose between his love of Bruce Springsteen (with whom he sometimes exchanges texts) and Billy Joel. “I was always so fascinated how Bruce was able on The Rising to combine happy chords, happy sentiment with the dichotomy of what was being sung lyrically — happy and sad at the same time,” he says, adding that “My City of Ruins” helped inspire the chord progression of his first hit, “See You Again.” “And Billy Joel was the living proof that I can be a successful artist and play the piano, which, you know, my friends made fun of me for playing. I was a dork in middle school and beyond. I looked at Billy Joel as the cool guy who made classical music in pop music.”

Puth doesn’t know what to make of his friend Adam Levine’s sexting scandal. “So obviously I’m not even really super-familiar with the situation, but, you know, he is a buddy of mine,” he says. “I was really taken aback by that, to be completely honest, and I don’t even honestly know what to say, because it’s not a great situation. And I can’t relate to it at all. I simply am just here, like, not knowing what to do.”

Puth was blown away by the talent of BTS’ Jungkook when they recorded the single “Left and Right” together. “He’s a low-key prodigy,” says Puth. “He has perfect pitch and can recall any note on the spot, which I found very impressive. He doesn’t speak a lick of English, and we’re able to communicate like we’re best friends just through music. It’s a really nice, beautiful thing.”

He agreed with criticism of his first album, 2016’s Nine Track Mind. “I certainly don’t make music for critics,” he says, “but I was agreeing with them when they curbed my first album and they were like, ‘This is the worst music ever.’ I wish I had time to make a better album. We had ‘See You Again,’ the biggest song since ‘Lose Yourself.’ And I was never supposed to sing that record. I wrote it specifically for another artist to sing, and then I suddenly had to figure out how to be an artist in front of millions of people. I was corny. I was 24 years old. I was figuring out, like, how to sing in front of a live audience. I had never done any of this stuff before, because I thought I was just gonna be behind the scenes. So forgive me if I made some missteps, but I had millions of eyes on me.”

Showing the world his songwriting process for this album practically live on TikTok was a transformative experience — and he’s going to keep doing it. “I don’t think I’m ever gonna make an album where I’m hiding away from people,” he says, “and I’m in my little cocoon and then one day I’ll be ready to share it with everybody. It just doesn’t feel like me.”