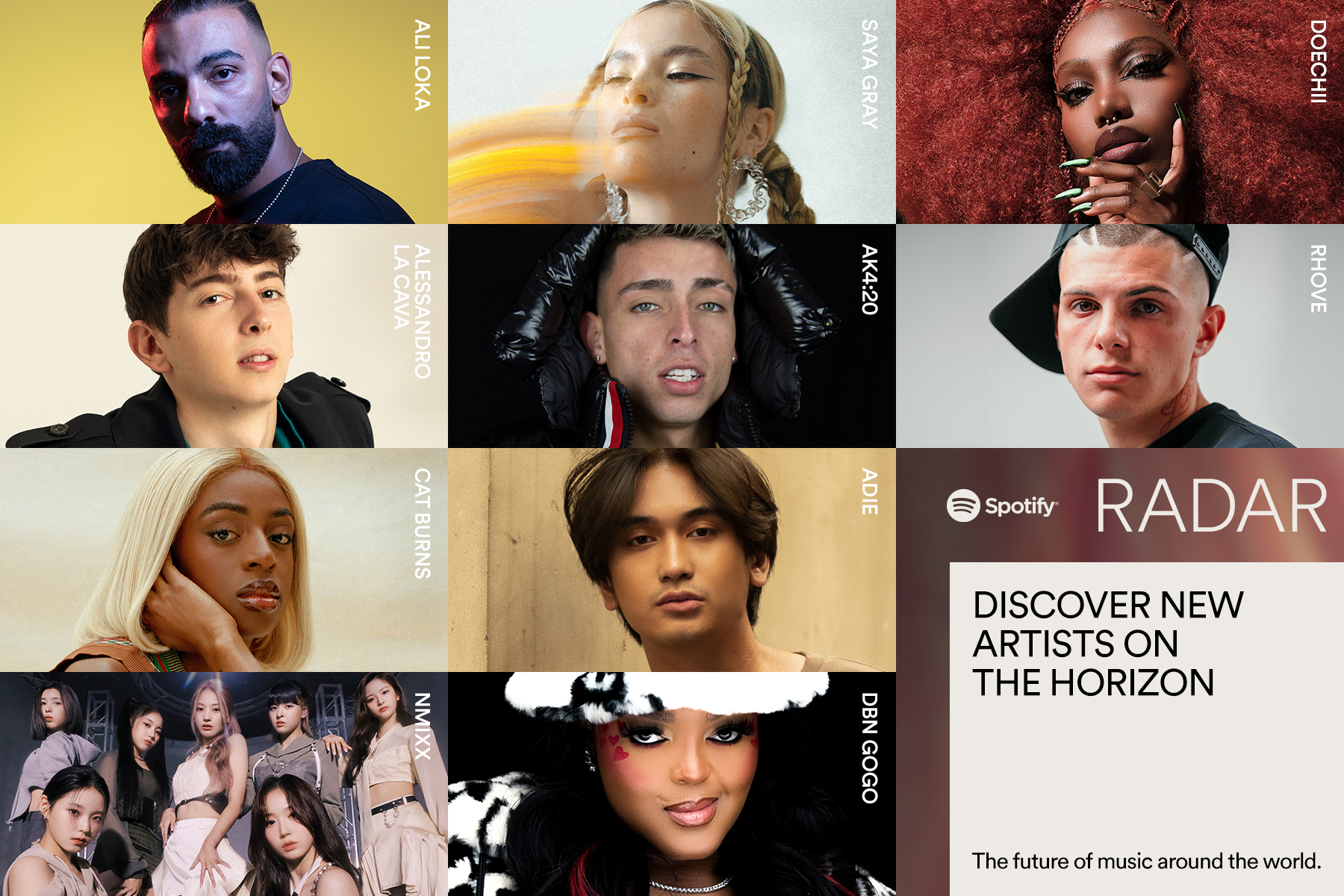 Authenticity, fearlessness, and unapologetic attitudes—if these are the themes for the season, then these breakout artists are setting the tone. Pretenses and pleasantries fall away in favor of living out truth in lyrics of every language. While UK’s Cat Burns and Egypt’s Ali Loka go daringly direct, Korean pop group NMIXX and Italy’s Rhove draw out your confidence to keep it real.

That’s what Spotify’s RADAR program is all about: showcasing artists that are here to elevate the game. And no matter what mood you’re in, this roster of up-and-coming talent each deliver songs that’ll soundtrack your day the moment you hit play.

Egyptian artist Ali Loka started in the music industry in 2010, quit in 2014, and came back even stronger in 2020. The break proved to be exactly what he needed to hone in on his style and sound—direct, deep, and driven by beats you can’t help but move to. The aforementioned ingredients are all present in his viral breakout hit, “Matkhafeesh Yamma,” (“Don’t Be Afraid Mama”). The global success of the single made him understand the responsibility he has to keep it real, and he brings that into his rising drop, “Mehtar” (“Confused”). Here, he keeps the composition classic and gets honest about his pain, frustration, and confusion. The release makes it clear that Ali Loka recognizes his voice, and that’s exactly what makes him worth paying attention to. 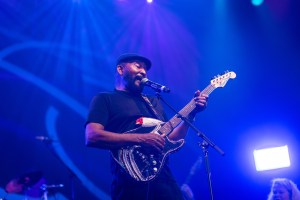 Don’t be surprised if you start hearing this one on weekend nights out. The Italian songwriter knows how to write a sweet bop that builds, that kind you’ll find yourself jumping around to on the dance floor. Reteaming with frequent collaborator sangiovanni, with whom he wrote the singer’s biggest hit “malibu,” La Cava brings the same spirit and romanticism to his latest single, “farfalle.” True to La Cava’s style, it’s a ride, one that captures the rush of first love, infinite possibility, and throwing every single care out the window. The future is bright for the songwriter, who undeniably has a talent for making you feel forever young.

Soulful yet simple, Cat Burns’ “Go” is a ballad about walking away from a broken love. With no frills or flourishes, the UK pop artist sings over a relaxed arrangement that keeps you focused on the unmediated message in her lyrics. It’s one that’s evidently resonated with people all over the world, as the single’s been laid over 2 million TikTok videos and over 80 million streams on Spotify. She has a talent for transcribing difficult feelings in a way that many people can’t, reminiscent of fellow British artist Sam Smith, who joined her for the song’s remix that dropped earlier this year.

If you look up “absolute banger” in the dictionary, you’d probably find NNMIXX’s “O.O.” The South Korean girl group—Lily, Haewson, Sullyoon, Jinni, Bae, Jiwoo, and Kyujin—came in hot with a freshman EP AD MARE that lives up to the meaning of their name, “New, now, next.” And this single, which hit the Billboard Global Chart, makes that unmistakable. As they’ll tell you, they’re on a quest to inspire “confidence and ambition” with their new genre called “mixx pop,” meant to redefine baile funk. With AD MARE making history as the highest-selling debut record by a girl-group in K-pop, they’re well on their way to fulfilling their mission.

It’s impossible to boil down Saya Gray’s style into a few words. As her debut album, 19 Masters, progresses, she experiments with her sound, ranging from haunting and ethereal to sweet and grounded. It’s fitting for the singer who grew up in a house of musicians, considering the album carries a sense of free-flowing artistic expression and paints portraits of her life over time. A testament to this, “WISH U PICKED ME” sees the Canadian taking daydreamy strokes on a seemingly endless canvas.

With an artist name like Ak4:20, you know you’re about to get hits that don’t hold back—the success of “Me arrepenti” (“I Regretted”) makes that clear. With over 71 million streams since coming out earlier this year, AK4:20’s biggest single to date is that kind of intoxicating reggaeton track you can play on repeat for the beat alone. But take a listen to his lyrics, performed alongside fellow Chilean artists Pailita and Cris MJ, and you’ll find something in his storytelling to resonate with. Clearly, that was the case in Chile, as it became the most listened to song in the country on the day of its release.

Those familiar with Filipino music know, acoustic ballads are their bread and butter, and this is a perfect example of that. Adie’s duet with Janine Bordin, “Mahika,”—Filipino for magic—plays out like a cinematic story of two people in the throes of falling in love, mixed signals and all. It’s no surprise it’s gotten over 24 million streams to date—whether or not you can understand the lyrics, you can feel the hopefulness in its heart-based, contemporary pop sound that’s so authentic to Adie. One look at his Instagram, which already boasts over 300,000 followers, and you’ll see a stream of stripped-down sets ready to heal your aching heart.

DBN Gogo is the moment. The multi-hyphenate South African artist is defining Amapiano music as we know it with her platinum hit single, “Bambelela” (Zulu for “hold on”). Bringing on Felo Le Tee, Pabi Cooper, and Young Stunna to the track, DBN Gogo, is proving to be one of the most intriguing DJs on deck, as her slow-building, percussive sound is becoming a staple in house music parties across the country.

Doechii – “Persuasive Remix” with SZA (US)

Simply put, if you listen to music, you’ve absolutely heard this one before. The infectious and elevated hit stays a regular on your streaming rotation, whether at a dance party or on your daily drive. Teaming up with her TDE family, the Grammy-award winning SZA, Doechii’s “Persuasive Remix” is a mesmerizing mix of pop and R&B that engulfs you in the ultimate high, in every sense of the word. Like its name, the track has the ability to leave you wanting more from Tampa’s artist to watch, and she gives you just that with her buzzy latest EP, she/her/black bitch.

To date, “Shakerando” has over 76 million streams since dropping in December 2021, so it goes without saying why Rhove is one of the most exciting new rappers out of Italy this year. There’s a familiar global appeal to his hit single, but his self-expressed mission with his music is all his own: to create a movement that infuses rap with, as he puts it, “humility” and “passion.” It’s evident in the track’s lyrics, in which he weaves in nods to love and loss. His debut EP, PROVINCIALE, filled with features from fellow Italian artists Paky, Madfingerz, and more, dropped in June.