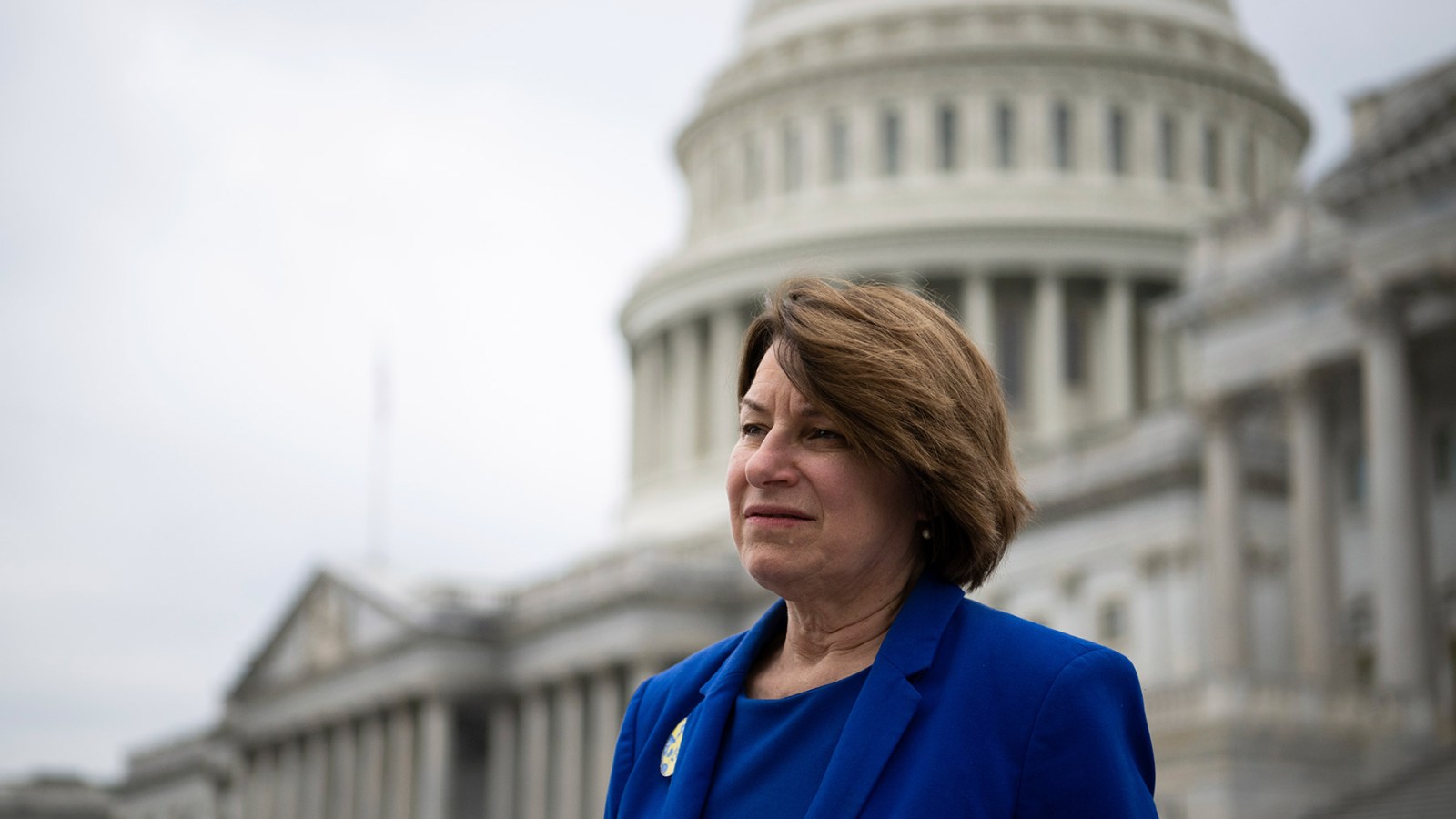 At the height of Live Nation and Ticketmaster’s latest controversy over the disastrous ticket on-sale for Taylor Swift’s upcoming “Eras” tour — a kerfuffle that once again brought into question what some have called the anticompetitive nature of tickets and the live music business — few politicians were as vocal or critical of the live events giant as Sen. Amy Klobuchar (D-Minn). Last November, Klobuchar, who chairs the Senate Judiciary Subcommittee on Competition Policy, Antitrust, and Consumer Rights, penned a letter to Live Nation Entertainment CEO Michael Rapino, demanding Rapino address concerns such as non-compliance with a consent decree from the initial approval of Live Nation and Ticketmaster’s merger and a lack of innovation in the ticketing marketplace.

A week later, alongside Sen. Mike Lee (R-UT), Klobuchar announced a Senate hearing aimed at analyzing competition (or the arguable lack thereof) in the ticketing industry, setting up what Klobuchar acknowledges is a bipartisan issue across the country. It’s among the most significant actions Klobuchar has taken against the live music giant but not her first, with Klobuchar calling for the DOJ to investigate Live Nation in 2019 over competition concerns. Among the witnesses expected to speak in the hearing on Tuesday are Live Nation Entertainment president and CFO Joe Berchtold, SeatGeek CEO Jack Groetzinger and Clyde Lawrence, singer-songwriter of the band Lawrence who wrote an op-ed last month in the New York Times about Live Nation’s power in the industry. (Viewers can livestream the hearing on the Senate’s website.)

Outside of the regulatory concerns, Live Nation’s garnered significant backlash since the Swift on-sale. Fans filed a class-action lawsuit last month over the way the sale was handled, alleging that Ticketmaster “misled” them “into believing it would prevent bots and scalpers from participating in the presales” for the shows. Meanwhile, country star Zach Bryan, who publicly scorned Ticketmaster in December citing ticket prices, announced his 2023 “Burn Burn Burn” tour last week, shirking the company for rival AXS instead.

Live Nation has repeatedly denied that it’s a monopoly and defended the competitive nature of its industry in a lengthy statement following reports of the DOJ’s active investigation against the company.

“The concert promotion business is highly competitive, with artist management in control of selecting their promoting team,” Live Nation said. “Ticketmaster has a significant share of the primary ticketing services market because of the large gap that exists between the quality of the Ticketmaster system and the next best primary ticketing system. The market is increasingly competitive nonetheless, with rivals making aggressive offers to venues. That Ticketmaster continues to be the leader in such an environment is a testament to the platform and those who operate it, not to any anticompetitive business practices.”

Ahead of Tuesday’s judiciary hearing, Klobuchar spoke with Rolling Stone about what to expect, her thoughts on actionable legislation to improve the ticketing industry, and what she sees as the anticompetitive nature of the current live music landscape.

So what are you hoping will come out of Tuesday’s hearing?
In the live music industry, there’s the unique fact that you’ve got a company that has 70% of tickets for major concert venues. However you look at it, that’s a monopoly. And when you have monopolies, you get problems, and you’ve seen it in everything from of course, Taylor Swift, but also Harry Styles to BTS [and] Bruce Springsteen. Over the years, bands like Pearl Jam have tried to find ways around Ticketmaster. But it makes it very, very difficult. And so that’s why it is a critical moment for us to step back and to look at what is going on and why.

What concerns in particular do you expect to be focusing on?
We’re going to be looking at the problem as it is. As I mentioned, there’s the 70% figure. And we know that venue operators have told us that they are concerned that if they don’t use Ticketmaster, they won’t get Live Nation’s shows at their venues. That makes it hard for any rival non-Ticketmaster company to break in. Then you have the fact that they lock up venues with exclusivity deals that can last three, five or even seven years, preventing them from booking any other company. They’re locked in and can’t try another company’s service. I’d say that’s one of the largest issues. Of course you’ve got the fees, which I’d put in the next grouping of issues. That happens with monopolies: they can raise fees on fans and the fees are often hidden. In 2018, many years ago, the Government Accountability Office found that on average fees cost 27% of a ticket’s face value, but we’ve also seen reports of fees totaling 75% of face value. And more and more, Live Nation is owning venues. That wasn’t [as much] the case when this started out [when Live Nation and Ticketmaster merged in 2010].

That makes them a vertically integrated giant. They book the concert, sell the tickets and own the venue [and] that makes for little competition. And despite the consent decree which they agreed to extend, we don’t see the competition that we should. We’ve seen evidence of violations of them using monopoly power to cut out competition.

The exclusivity agreement in particular has been a topic several ticketing insiders have brought up to me as the biggest challenge to break into the industry, and the most significant factor in Ticketmaster’s dominance. Some advocate doing away or weakening those agreements like some non-U.S. territories have done. Is that a path you believe the U.S. should take?
I definitely think that’s something we should be looking at because it’s not like [Ticketmaster] wouldn’t still be able to get the concert. It’s just that the artists and venues aren’t locked in forever. Seven years is a long time in the music industry.

This isn’t the first time Live Nation’s received scrutiny from lawmakers. They’re an easy target for politicians and you’ve called for federal probes on the company several times in the past. Why is this time different?
Thank you for examining my effectiveness [chuckles]. But actually, we’ve seen changes. After years of trying, we finally got those merger fee statutes to give more resources, [federal regulators] can’t take on the biggest companies the world has ever known with duct tape and Band-Aids. We’re finally seeing bills in general start to go through the Judiciary Committee to the Senate floor. As for the Live Nation consent decree, while the Justice Department can’t say what they are looking at, this isn’t your grandpa’s Justice Department anymore. You’ve got people like [Assistant Attorney General Jonathan] Kanter and [Federal Trade Commission Chairperson] Lina Khan that are taking a very aggressive approach to looking at both mergers and discriminatory behavior.

“You’ve got a company that has 70% of tickets for major concert venues. However you look at it, that’s a monopoly.”

A common critique regarding calls to break up Live Nation is that it wouldn’t make tickets significantly cheaper, nor any easier to get given that the main issue is that the supply of tickets is so much lower than the demand. Other market factors like scalping won’t go away.
Which by the way, part of what we also need to be looking at is the bots and the scalpers. We passed the BOTS Act, but some of the things I’ll be focusing on with this as well is the followup to that act, the enforcement and implementation. [The 2017 legislation was meant to crack down on scalpers using bots to buy mass amounts of tickets but to date, the FTC has only enforced the policy once.]

We have seen in many industries — the fact that we even started pushing on this and investigations are opened up — sometimes it can change behavior. I’m not saying it will here, but you start seeing some change in behavior. Then as the investigation goes on, and as our work of introducing a bill goes on, sometimes you get things done sooner than people can imagine. Because even if it takes a while to get this done, the idea that we’re going to do nothing at all, well, that’s what’s been happening since 2010 in reality, and that hasn’t worked out very well for consumers. Even if it takes a while, it is a cause worthy pursuing. And there may be some immediate effects because of the blowout nature of this Taylor Swift debacle. And I think one of the things that we will be asking them is, “What are you gonna do differently next time?”

You touched on a need for enforcement and implementation, both of which are significant hurdles in policy around the ticketing industry. What are some more actionable policies that state and federal regulators could implement?
I think requiring more transparency. We can do that. We can require, as we have with airline tickets and other things, that they actually go through what is in the ticket and who’s getting what; those kinds of basic disclosures. Also, there should be more protections for fans that are buying tickets on resale platforms. There hasn’t been enough done on that front. I mentioned that Bots bill and maybe we need to make some changes to that if it’s not working and it’s not being enforced the way that it should.

Live Nation is expected to take part as a witness for the hearing tomorrow. Is there any one area within this market you’re hoping for them to cast light on?
The exclusivity deal is something that everyone needs to understand and know about and figure out how we can make that better, because it’s a major contributing factor. I would say the prices; why they’ve been able to squelch any competition. How can we change the conditions and the rules of the game so we actually can spawn competition? I want to hear that from them.