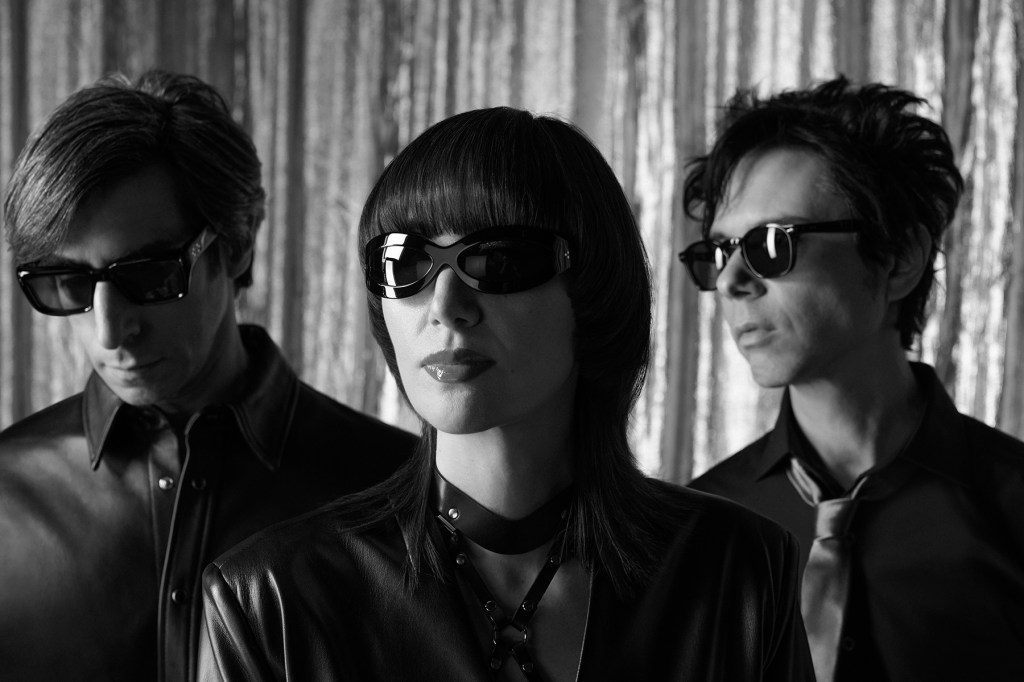 The post-punk trio call on vintage NYC sounds and their own fierce resolve on their first album in nine years.

Two decades ago, the trio of Karen O, Nick Zinner, and Brian Chase were leaders of New York’s downtown post-punk revival scene, taking on the malaise that hung over the early ‘00s with slashing riffs and yelp-along lyrics. On Cool It Down, their fifth album and first since 2013’s gritty Mosquito, they’re surveying an even more debased landscape. Its fitful opener “Spitting Off The Edge of the World” sets the tone: its blown-out guitars and staggering drums evoke the image of someone emerging from a smoldering pile of rubble. Karen O, who is joined on the song by avant-pop composer Perfume Genius, is coming to grips with the world’s ruin, with the musical haze and her voice only breaking when she asks, very simply, “Mama, what have you done?”

That question hangs over Cool It Down; it’s an impossible one to answer, so the Yeah Yeah Yeahs instead process the emotions it conjures through movement, mythmaking, and callbacks to their New York roots. (They’re also using the album to help mitigate the damage that’s been done by past generations; a portion of Cool It Down’s vinyl sales will go to the environmental law charity Client Earth.) On the spaced-out “Fleez,” the band spins out of the insouciant chorus from ESG’s 1981 classic “Moody” and head into the wild to fully let themselves feel their New York punk-funk foremothers’ thumping basslines; “Wolf” uses the icy synths and commanding drums of freestyle to dig into the idea of being lost in longing. And “Burning” rises out of an ominous drone and turns into a full-on boogie that directly recalls “Beggin’,” an urgent 1967 single from Newark’s Four Seasons—with Karen O adding an edge of despair when she repeats a refrain that seems ripped from today’s climate-change headlines: “What you gonna do when you get to the water?.”

The Yeah Yeah Yeahs don’t let that sense of troubled urgency pull them under; the final two tracks of Cool It Down’s eight feel like a resolution to keep pushing against the current. “Different Today” ponders how the world “keeps on spinnin ’/ It goes spinnin out of control,” but it’s spangled with sunbeam synths and has a strings-and-synths breakdown that gives Karen O’s declaration of of feeling “different today, I do” a sense of hope. “Mars,” finds O telling a story of taking in the golden hour with her son. The minimalist, glassy music, combined with her depiction of her younger companion’s spirited imagination, makes for an ending that manages to contain enough optimism to inspire O, Zinner, and Chase to keep their collective spirit smoldering, even against the 21st century’s brutal headwinds.