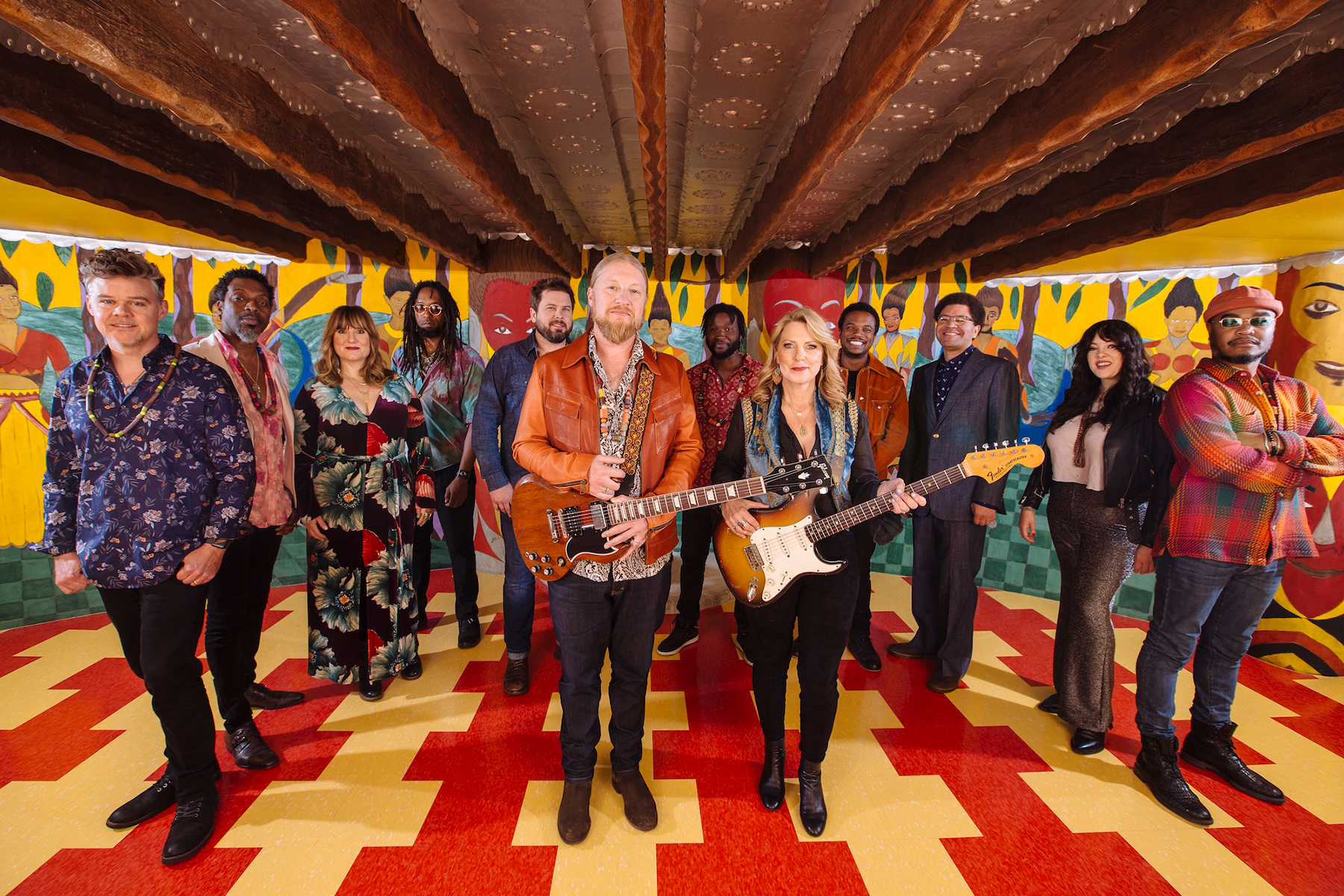 Right out of the gate, the Tedeschi Trucks Band have always thought big. In 2010, the peak of an indelible pop era that brought us Lady Gaga, Katy Perry and so much more glorious pop, who else would launch a big-band ensemble, complete with a horn section, that blended soul, R&B, blues and Southern rock? The very idea seemed preposterous, especially economically. But the musical and real-life couple Susan Tedeschi and Derek Trucks went for it, and the hookup of Tedeschi’s reserved but warm delivery (she sounds like she could have been Bonne Raitt’s daughter) and Trucks’ Allmans-sharpened skills as a lead and slide guitarist was a natural.

On I Am the Moon, they ratchet up their ambitions several perilous notches. Rather than release a single album, they’ve spread their 24 new songs over four mini-albums. Part one, Episode 1. Crescent, has just landed, with parts two through four arriving between July 1 and August 26. If that weren’t crazy enough, the whole project is based on The Story of  Layla & Majnun, the writer Nizami’s 12th century Persian poem about a separated couple that was described by Lord Byron as the “Romeo and Juliet of the East.” If the title sounds familiar, yes, it’s the same work that inspired Eric Clapton’s Layla and Other Assorted Love Songs milestone with his band Derek and the Dominos.  Layla & Majnun has already been the basis for an opera, a chamber music piece and a dance production. And did we mention that each of the Tedeschi Trucks Band mini-albums comes with an accompanying film? Who even dares to do anything like this anymore?

Over the years, the band has been hampered by somewhat less than inspired songwriting; their records were likable enough but rarely as energizing as their live shows. In that regard, the structure of I Am the Moon works in their favor: Shorter, more digestible and more compact records, with only a half-dozen tracks each, distill their essence in shorter bursts. Starting with “Hear My Dear,” whose lithe soul groove and title tip its hat to Marvin Gaye, Episode 1. Crescent  one of the strongest pieces of music they’ve ever done. The stately folk of “I Am the Moon” and the swirly jam-soul of “Circles ‘Round the Sun” stay with you, and the 12-minute instrumental “Pasaquan” wails like a modern-day Allmans jam (not surprising given all the years Trucks logged in that band during its later years).

Tedeschi, Trucks and their co-singing and co-writing band mates Mike Mattison and Gabe Dixon were also wise to avoid getting too specific with characters’ names and dialogues. Instead, the songs dwell on general themes of loneliness, isolation, despair and connection—which not only avoids concept-album bloat but makes the lyrics more universal and timelier. (In fact, the project began during lockdown, when Mattison proposed a reading group for the whole band, which began with Layla & Majnun.). Like Clapton’s Layla, I Am the Moon amounts to one long unrequited love song. But the songs, most sung and co-written by Tedeschi, bring a woman’s point of view to the saga, instead of the male-centric Clapton take (“How’s a girl supposed to love a man/When he’s playing with my emotions?/He’s flying home but he never lands”).

The mini-albums to come over the next two months are sprinkled with other gems: the tight soul-band strut “Playing with My Emotions,” the dreamy “All the Love,” and the acoustic-blues shuffle “So Long Savior.” On the third and fourth discs, the songs grow a bit more pedestrian, but absorbing each in small half-dozen doses like this still benefits what could have been a truly unwieldy undertaking. At a time when rock itself has become a niche genre,  I Am the Moon feels like nothing less than one of the last cracks at a major rock-album statement: the bookend of an era, but a fitting farewell.