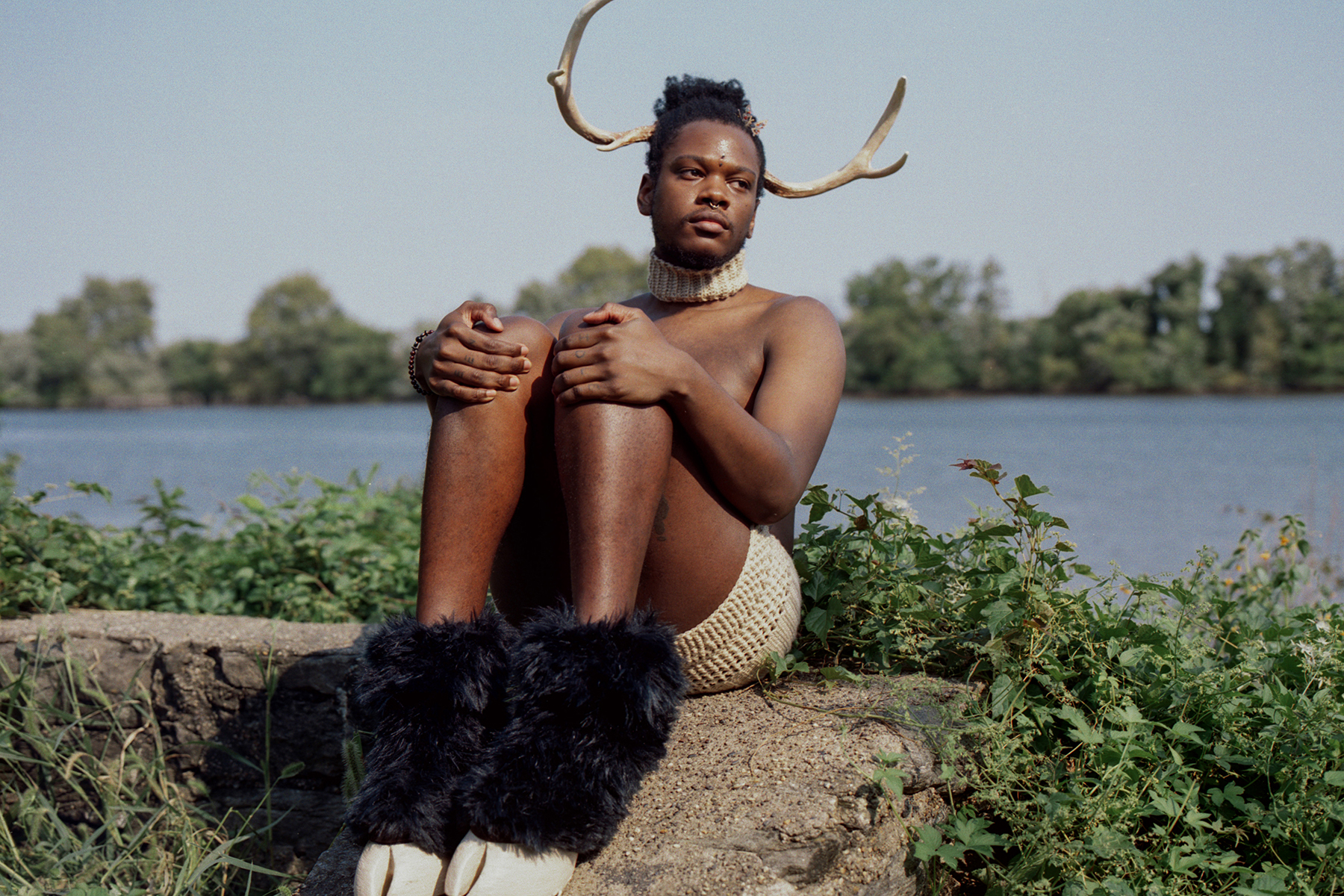 Shamir starts subverting expectations from the very first crackles of “Gay Agenda,” the opener from his new album Heterosexuality. Despite the declarative, banner-like brightness the title suggests, “Gay Agenda” smolders with mounting intensity as Shamir battles layers of industrial fuzz and reverb. The production is a threat, constantly on the verge of overpowering him. Yet the Philly-based multi-hyphenate wins out, his hyper-specific falsetto breaking to the forefront: “You’re just stuck in the box that was made for me,” he sings. “And you’re mad I got out and I’m living free.”

Throughout Heterosexuality, Shamir is working through, and breaking from, intimate traumas, social constraints, and limiting binaries. It’s the eighth project from the prolific singer-songwriter, and it also marks his first time working with the producer Hollow Comet. Together, they front-load the beginning of the album with songs that are abrasive and raw, buzzing with the sound of inner growth and emotional labor. Shamir’s shooting vocals are defiant over confrontational noise-pop that embodies the scalding resistance he’s built up in an oppressively heteronormative world. But Shamir, a winking renegade with a biting sense of humor and an ear for melody, also introduces music that’s light and tinselly with synth frills, playing and inventing as he defines himself beyond sexuality and gender identity. He finds something close to peace as he explores the idiosyncrasies and specifics of self that shape who he is, embracing the messiness that comes with unearthing it all.

Shamir whips through truths with abandon: “Abomination” is a political manifesto spilled out with the sing-songy sass and brutal honesty of an Azealia Banks disciple (“Say my life matter, but it’s just an option/Madam vice president’s a cop doing cop shit/Being pushed to you as progress for profit”); “Father” is a bruised look at his familial relationships. Some of the songs are so jagged and exposed, they have the double-edged effect of also feeling unfinished, especially compared to the more upbeat moments on the album. The project also doesn’t boast the tightness of Shamir’s 2020 self-titled album, which he released after parting ways with his former label XL—a move that made it clear Shamir was going to navigate the music world on his own terms. Instead, Heterosexuality is impulsive and unfiltered, another self-affirmation from someone who’s shared that he’s“anti-career”—and far more interested in self-discovery than a route toward the stardom.

After releasing his 2015 album Ratchet, Shamir has said that he didn’t feel he was in control of his art that and he “felt like I’d been wrung out for my sweet nectar and the people in charge will do what they want with it.” Heterosexuality is packed with signs that he won’t let that happen again. A break-up ballad called “Stability” is tucked between the IDGAF candor of “Abomination” and the slightly forgettable “Caught Up,” and it offers one telling revelation as Shamir says goodbye to a relationship that’s been weighing him down. The lyrics could easily be seen as a reflection of his own refusal to compromise in other parts of his life and work: “And I don’t want to squander this beautiful mess we made,” he sings. ” And I played along but I have to see what’s next.”