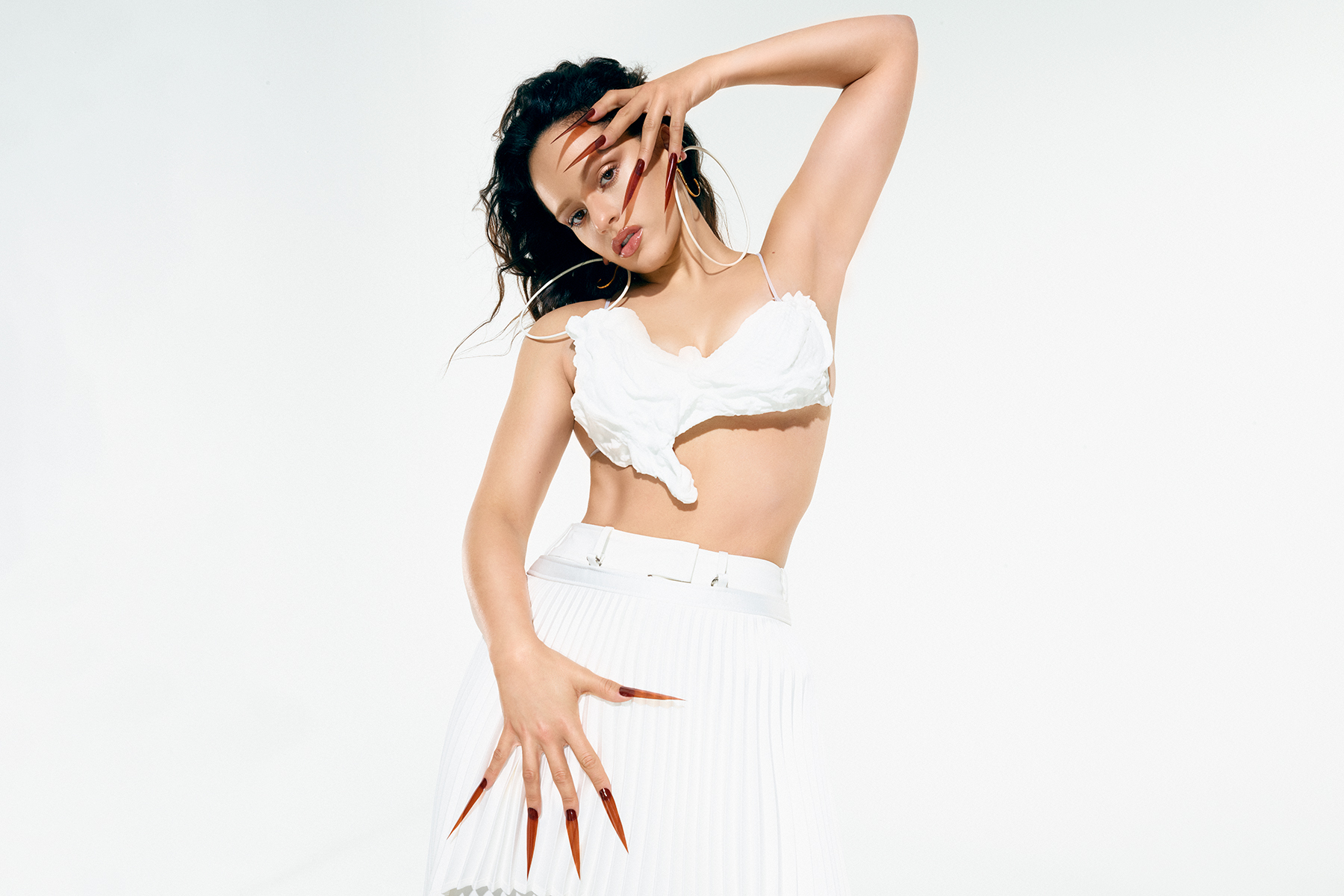 After Rosalia released her 2018 album El Mal Querer, a baroque masterwork anchored in solemn flamenco traditions and glowing pop sounds, the Spanish artist’s world cracked wide open, and everything seemed to rush at her at once. There was endless praise: She was a creative genius. She was a hero of the avant-garde. She’d saved flamenco. Waves of criticism came with equal force: She wasn’t doing authentic flamenco. She wasn’t original. She was too commercial. Rosalia kept morphing in the spotlight, shapeshifting through singles, pulling from genres like reggaeton and hip-hop and pop. She was hard to pin down, and the discourse around her became a constant. People pointed out that she was appropriating from cultures that weren’t hers; fans celebrated what they saw as her limitless sense of world-building. She became a lightning rod, eliciting conflicting, divergent responses, like a Rorschach test.

Rosalia’s brazen new album, Motomami, is a reaction to all that fame, attention, and discord, one that refracts the noise that’s surrounded her for the last few years, bends it to her will and launches it back into the ether. What she offers is a dizzying, kaleidoscopic self-portrait — brash and bawdy at some turns, crushingly vulnerable at other points, and completely ridiculous when it wants to be. Rosalia is uncompromising about who she is and what she wants to do: From the first seconds of “Saoko,” the hydraulic-charged opener, Rosalia defends her right to be full of contradictions and metamorphoses and sudden impulses: “I’m very much me, I transform,” she sing-raps. “I’m everything, I transform.” An almost deranged arrangement smashes together a sample of the reggaeton classic “Saoco,” by Daddy Yankee and Wisin, with warped piano chords, a jazz interlude, and blasts of distortion.

The song captures the guiding ethos of Motomami: Nothing is sacred. Rosalia is guided by pure instincts, grabbing giant, acrylic-tipped fistfuls of every sound at her disposal — reggaeton, bachata, salsa, electro-pop, hip-hop. Throughout her entire career, she’s worked not just as a composer, singer, and lyricist, but as a producer as well, and here, she oversees a master group of collaborators that includes Michael Uzowuru, Pharrell, Tainy, Sky Rompiendo, and El Guincho. The tracks are refined and meticulously crafted, yet still teeming with a sense of movement and spontaneity. Rosalia sings about an old romance on “Candy,” a featherweight ballad that suddenly ripples with a minimal dembow beat. “Bizcochito” is so playful it sounds like an ice cream truck rolling through the neighborhood, while “Cuuute” is built on intensely high, pitched-up vocals and thuds of dark, dubby basslines. One major surge of adrenaline comes on the standout “La Combi Versace” with Tokischa, the Dominican powerhouse who joined Rosalia on the single “Linda” last year.

Unlike the ornate storytelling on El Mal Querer, which was inspired by a 13th-century Occitan novel, a lot of her new song lyrics are brazen flexes and much more colloquial. (“My swag makes you dizzy/Even your momma sings along,” she trills on “Bizcochito.”) However, Motomami is all about dualities and competing energies, so there’s also a side of the LP that’s weighty with emotion. “Genis” is a wrecking ball of a song that features some of the most gorgeous writing on the album. Rosalia addresses the harsh realities of a mid-pandemic world to her 10-year-old nephew, singing, “I’m somewhere I wouldn’t take you/No one’s at peace here between stars and needles/Marble stars cut into the floors/Folies all over the streets where models stroll.” An audio snippet of an older relative stressing the importance of family makes the song even more tender-hearted.

“Hentai” reaches a different level of intimacy: Rosalia’s voice floats over a dreamy piano melody, singing with the warmth and delicacy of Judy Garland. “I wanna ride you like I ride my bike/Make me a tape like Spike/I whipped it until it got stiff/In the second place is fucking you/In the first place is God.” She embraces the simple, straightforward pleasures of sex, toying with expectations and contrasts while subverting the kind of lyrics that men are allowed to get away with all the time. The intensity builds up to a climax as Rosalia chirps “so, so, so, so, so, so good” as machine guns fire off in the distance, evoking the production style of Rosalia’s close friend and past collaborator Arca, whose influence is felt throughout.

Occasional tests of boldness don’t pay out; the silliness of “Chicken Teriyaki,” for example, seems like it should live strictly on TikTok. Other moments, such as the Weeknd collaboration “La Fama,” trace the more complicated aspects of Rosalia’s artistry, specifically how as a white, European woman, she’s been free to dive into Latin and Black Caribbean genres, collaging them together in a way that’s celebrated as high-art. “La Fama,” which is ironically about the complexities and betrayals of fame, drew particular frustration for its incorporation of bachata, a Dominican genre that’s been marginalized and often ignored when it’s performed by its Black originators. Many felt that if Rosalia was going to experiment with the sound, she could have worked with a Dominican bachata artist — or not touched the genre at all. There’s a school of thinking that will shut the conversation down immediately, insisting that if the music is good, why create barriers? But quality isn’t the only end-goal; given the rampant racism and inequality in the entertainment business, there’s great value in examining the broader implications a song might have in the industry, and what artists with massive platforms and privilege are doing to address erasure in genres from which they benefit.

A more straightforward homage comes on “Delirio de Grandeza,” a salsa experiment that directly honors the Afro-Cuban sonero Justo Betancourt. As Rosalia sings, the beat skips and a snippet of the Soulja Boy remix of Vistoso Bosses’ “Delirious” sneaks in. It’s an unexpected touch that’s almost sacrilegious on such a classic song — and deeply exciting. The move embodies how Rosalia disrupted traditional thinking with boundary-pushing pop sounds on El Mal Querer, and it’s a reminder that as a musician, she’s always drawn to provocation. It holds endless allure for her, and it defines her music. If it didn’t stir up emotions, if it didn’t feel discordant, if it didn’t cause a scene, it wouldn’t be hers.