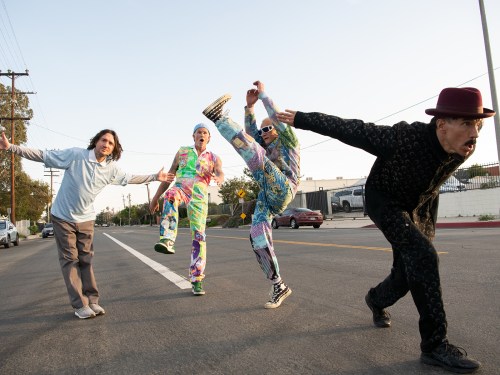 The persistence of the Red Hot Chili Peppers in 2022, nearly 40 years into their run as the funkiest punk act ever to pack stadiums, was hard to imagine back in the day — they (by their own admission) just lived way too hard. And yet here we are. The Chilis are, one of the last old school alt-rock bands standing, a symbol of 1980s semi-underground energy, 1990s alt-rock superstardom and druggie struggle, and 21st century reinvention. Now, they’re epic survivors and iconic elder statesmen, able to headline a festival and go musically wherever they please.

Return of the Dream Canteen, the band’s 13th studio album, contains a mess of tracks they recorded at the same time as their last effort, this year’s Unlimited Love, produced by Rick Rubin, which bought back producer Rick Rubin for the first time since 2011 and golden-age guitarist John Frusciante, who last split with the band in 2009. That album returned to the psychedelic funk rock of classics like Californication. Their new one, which at 75 minutes is even longer than its predecessor, is essentially “Unlimited Love II.” it’s a bit of a stop-gap, but also a nice coda.

Dream Canteen finds the Chilis meditating on trademark grooves (first single “Tippa My Tongue” is classic Chilis), life’s falsities (“Fake as [email protected]”) and peace and love (“Peace and Love”). “Eddie” is a thoughtful tribute to Eddie Van Halen; Frusciante’s ethereal guitar line wouldn’t be out of place on a Pavement album, then Anthony Kiedis brings things back to earth with “Got hammers in both my hands, such a delicate touch/ They say I’m from Amsterdam, does that make me Dutch?” There are also weirdly pleasing toss-offs, like the drum machine-and-synth-driven ode to smoking called, well, “My Cigarette.”  Inspirational verse: “Don’t know how happy that a person can get.”

Their not-so-secret weapon is, as almost always, their on-and-off house genius Frusciante. He remains one of the most creative guitarists of his generation (see his solo albums for the full story). Even the most devout Chilis haters admit he is never not a pleasure to hear work, from his sweetly blissful solo on “Eddie” to  the delicacy of “Handful.” They can do this sort of thing pretty much forever, it is entirely possible they will, and that is deeply ok.