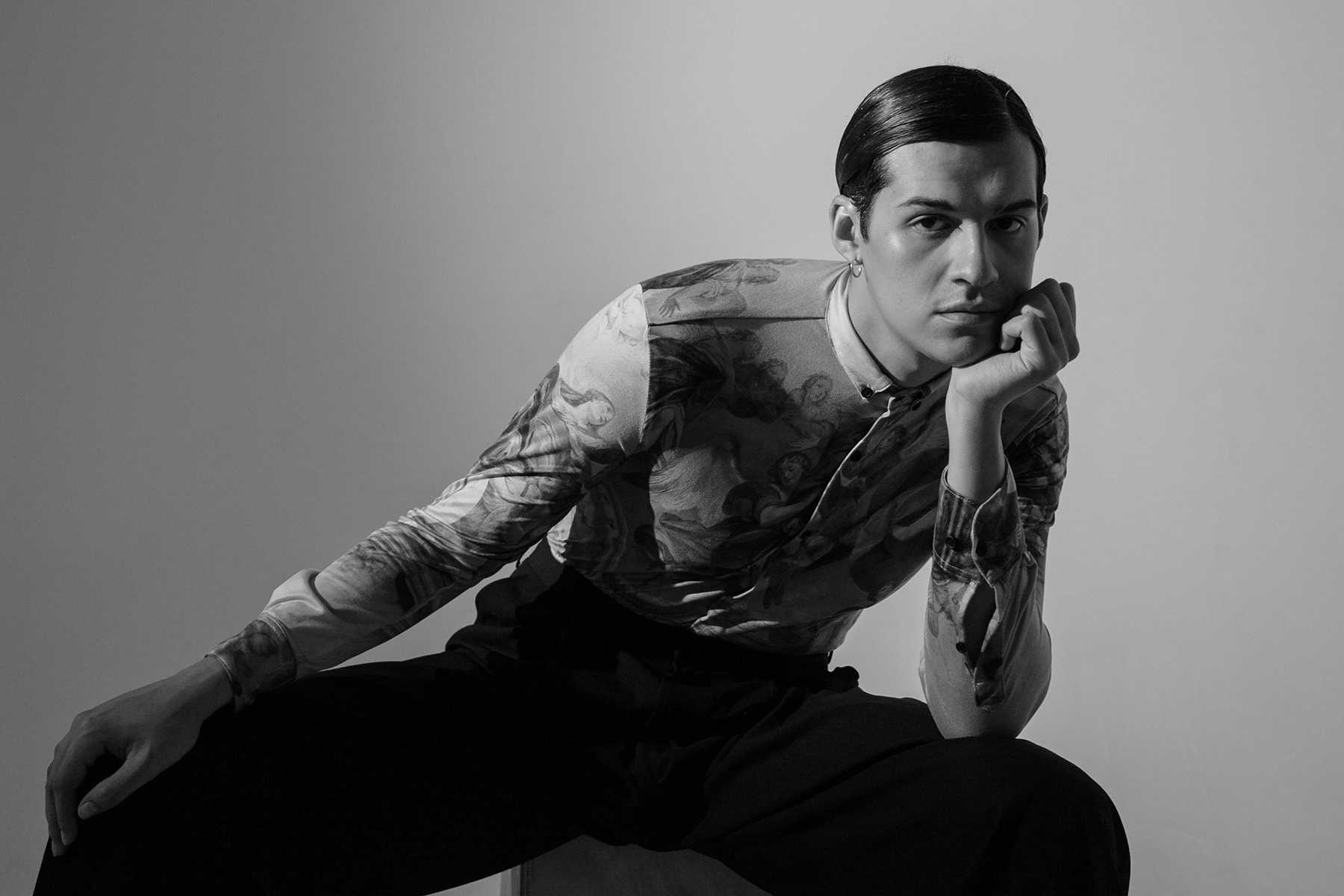 The beauty of Ivory, Omar Apollo’s magnetic full-length debut, is that even through complex production choices and rich sonic flourishes, it always feels effortless. The LP is a bountiful trove of genres and technique; crack it open and sharp guitar licks, celestial harmonies, aching soul melodies, and even touches of ranchera come tumbling out. Even when the album is splaying out in multiple directions, Apollo’s sense of maturity grounds the project, and the songs stay playful yet tender, free yet focused. Across all the terrain it covers, a central message shines through, popping out like a Magic Eye: Omar Apollo is a freaking star.

The Mexican American singer-songwriter and multi-instrumentalist started releasing wispy, reverb-heavy R&B recordings back in 2017. His songs were insular and homemade, all sketches building toward something, like he was preparing a larger blueprint of what was to come. His 2020 mixtape Apolonio brought him closer to the vision on Ivory, with songs that were strong and self-assured, among them the funk-heavy “Stayback” and the throbbing “Bi Fren.” After he released Apolonio, Apollo promised that a full-length album was on the way. However, his first stab at the project just didn’t take shape how he wanted — the songs, he told Rolling Stone, were “easy to listen to,” which didn’t work for an artist who says he likes to be complex. So, in 2021, he scraped what he had and reignited the creative process anew, ending up with Ivory. The album succeeds in adding the complexity Apollo was looking for to his discography, and it represents a lot more than just an expansion of sound. Through detailed work, he lets his artistry come fully into view.

Apollo is a musician’s collaborator, and one of the most exciting parts of Ivory is seeing him in community with other artists. Whether he’s trading sky-grazing falsetto runs with R&B star Daniel Caesar on “Invincible” or springing across Pharrell’s puckish production on “Tamagotchi,” Apollo stays light on his feet and slides seamlessly from track to track. The roster of stars that join him are like-minded, forward-thinking alt-pop mavericks that make his collaborations that much more interesting: “Bad Life,” for example, is buffed up by background vocals from Kali Uchis. The music is brilliantly sequenced, with air-tight transitions and short interludes that emphasize the texture of each song. During one of the album’s peaks, the traditional Mexican sounds from “En El Olvido” slide imperceptibly into the trap-tinged bounce of “Tamagotchi.”

Across Ivory, Apollo slips from English to Spanish, singing in whatever language best serves the music. He eludes labels when it comes to his identity and sexuality; instead, he often lets the music speak for itself. He doesn’t hold back in his lyrics, which lay out stories of romance, heartbreak, intimate fantasies, and late-night musings. “Love me like I’m gonna die/Fuck me like you fantasize/Touch me like you know you provide to,” he sings on “Killing Me,” a song dripping with longing. The track powerfully exemplifies the broader symbolism of the album: this is a Mexican American kid from Indiana, proudly singing about queer love and desire while doing exactly what he wants as a musician.

On the album closer “Mr. Neighbor,” it’s just Apollo and his guitar, his voice is strengthened by layered harmonies and vocal loops. It’s a technique he uses on the album’s self-titled “Ivory,” yet he lets his imagination take over, punctuating the production with a burning yowl, razored guitar riffs, and unexpected distortion. That song alone would have marked a bright evolution in his career. Here, it works as a final bow, one that comes after an impressive declaration of self.