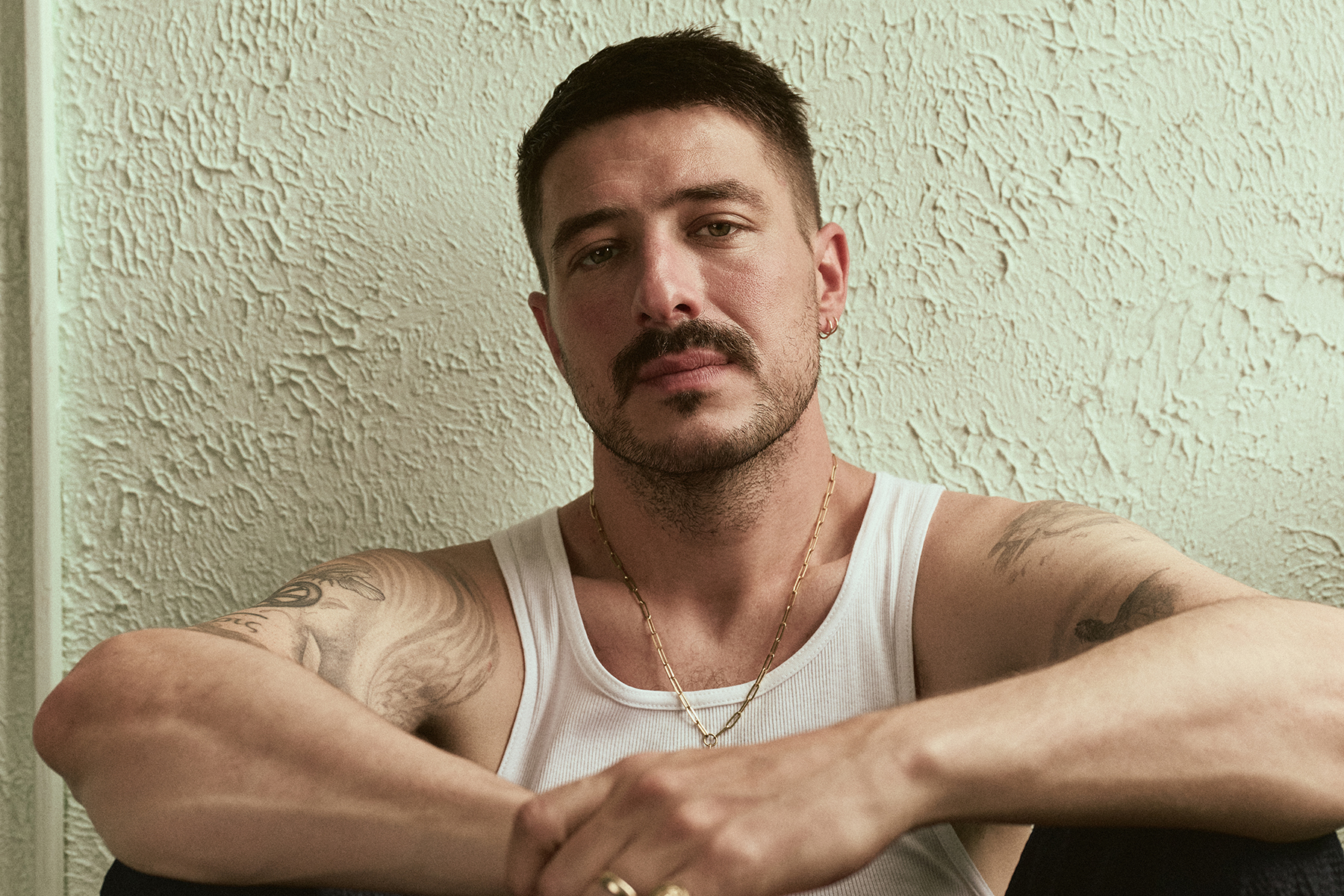 Marcus Mumford’s solo debut opens in a place of anger: “I can still taste you and I hate it,” the Mumford & Sons leader seethes over gently strummed guitars, a whisper of feedback serving as a signal of his bubbling rage. “Cannibal,” the first track on (self-titled), was written by Mumford during the pandemic’s lockdowns, when isolation was forcing him to grapple with his inner life; as he revealed in an August interview, he was also dealing with the idea of telling others about abuse he endured as a six-year-old.

As the song shows, he was also processing the idea of confronting himself with this information: “Help me know how to begin,” he pleads—and then the music swells and swallows his voice, its chaos and clamor providing release and solace for his rush of feelings. It’s an intense beginning for an album that journeys from white-hot anger to uneasy forgiveness over its ten songs. That trip isn’t an easy one; amidst the lurching drums and choppy guitars of “Grace,” he wails, “There will come a time/ When it won’t feel just like living it over and over/ With the weight of the shadow on your shoulder/ And I hear there’s healing just around this corner.” Its halting rhythm echoes his uncertainty about when redemption might come—although the way his voice cracks open on the song’s title intimates that better days might be close.

In the past decade-plus since his band’s ascent to the top of the festival-folk heap, Mumford’s voice has become one of the most unmistakable in pop. On (self-titled) it’s countered by well-chosen duet partners (including the bedroom-pop star Clairo and the Americana spitfire Brandi Carlile on the stunning closer “How”) and carefully framed by producer Blake Mills (Fiona Apple, Perfume Genius). Mills’ inspired touches—otherworldly music-box twinkles on the mournful “Only Child,” a gentle midtempo strut rising as the Monica Martin duet “Go In Light” nears self-acceptance—illuminate the close-to-the-bone lyrics while also placing Mumford’s voice in musical contexts that differ from his namesake band’s output. Those subtle differences are just enough to underscore the personal voyage (self-titled) takes.