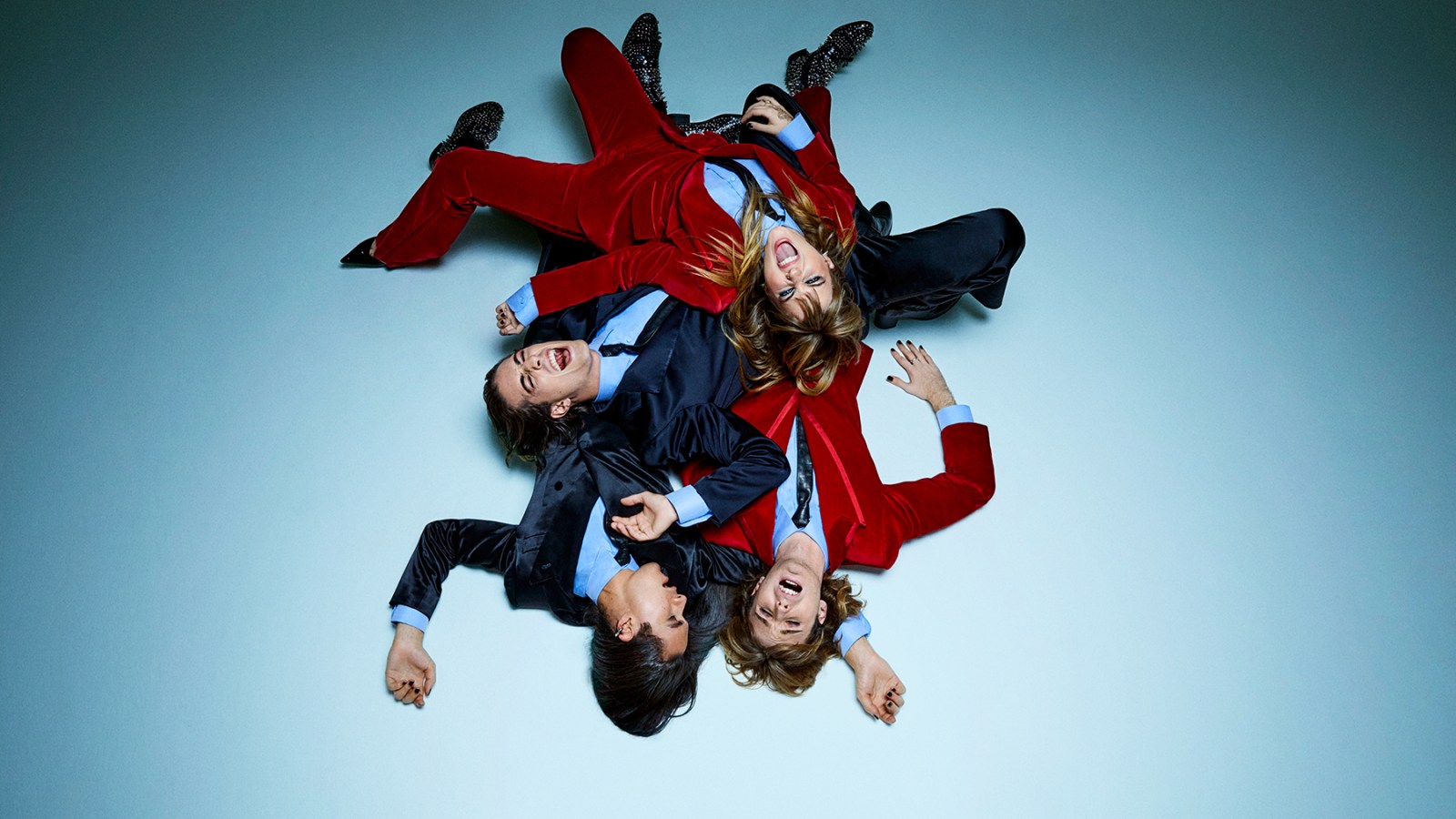 Remember when rock stars were flamboyant, excessive, larger-than-life libertines? Neither do we, but Måneskin want to jog everyone’s recall. Rush!, the third album by these former Eurovision winners and would-be rock saviors from Rome, works hard at living up to the exclamation point in its title. If we’re to believe them, Måneskin’s world is one wicked bacchanalia after another, where weed, beer, cocaine and “hot chicks” are all readily available and lead singer Damiano David is, in his words, “a lion tamer/of indecent behavior/making love with danger.” One minute, he’s watching a fading, coked-up Nineties supermodel steal a Basquiat off a wall, and the next, he’s being reminded of awesome he is: “They ask me why I’m so hot, ’cause I’m Italiano.”

To a degree, Måneskin have won the fight for their right to party: With their growing stardom, runway-glam fashion and makeup sense, and a guitarist (Thomas Raggi) who actually plays solos once in a while, Måneskin do feel like the only major-league rock band making any dent in the culture at large. If his rock-star credentials were in doubt, David boasts, in the slithering sleaze of “Timezone,” that he’s so hot to see his lover that he’s happy to pay double the fare to change a flight and mess with his schedule: “I don’t give a shit about the contracts that I signed.” Who says being a rocker in 2023 doesn’t have its perks?

With each record since 2017’s Chosen EP, Måneskin have amped up the volume and swagger. Their first album largely sung in English, Rush! is their broadest stroke yet, starting with its 17-song length. (Their Esilio su Main St.?) Thanks to co-producer Max Martin, who contributed to some of these tracks and knows his way around a hook, their version of rock is an aural food processor of stadium chants, processed-sounding beats, and wind-tunnel blare. Sometimes, an undeniable ear-worm emerges, like “Baby Said,” where David would prefer his partner to stop chattering and get busy, or “Gossip,” complete with a turntable-attack guitar cameo by Tom Morello. Even better, Måneskin revive the long-gone art of the deadpan, half-spoken new-wave novelty, making for kicky-fun moments like the mocking “Cool Kids” (who are such losers that they “do not like rock/They only listen to trap and pop”) and “Bla Bla Bla,” where David boasts, “You said I’m ugly and my band sucks/But I just got a billion streaming song/So kiss my bu-bu-bu–bu-bu-bu-butt.”

As heard in David’s mocking, winking, very self-conscious delivery on songs like these, it’s hard to tell how seriously Måneskin take any of this silliness. Certainly, being over the top suits them best. The album’s dreariest moments are its most earnest: “If Not for You” is a generic power ballad that cries out for an arena full of iPhone flashlight waving, and they still have a jones for reheated grunge (see “Il Dono Della Vita”). But the ridiculousness of most of Rush! may be partly the point. In a landscape dominated by everything but rock, Måneskin know they have to push as many envelopes as they can, even if that includes a plug for OnlyFans. But in doing so, they only manage to confirm how hard rock & roll has to work these days to be noticed.