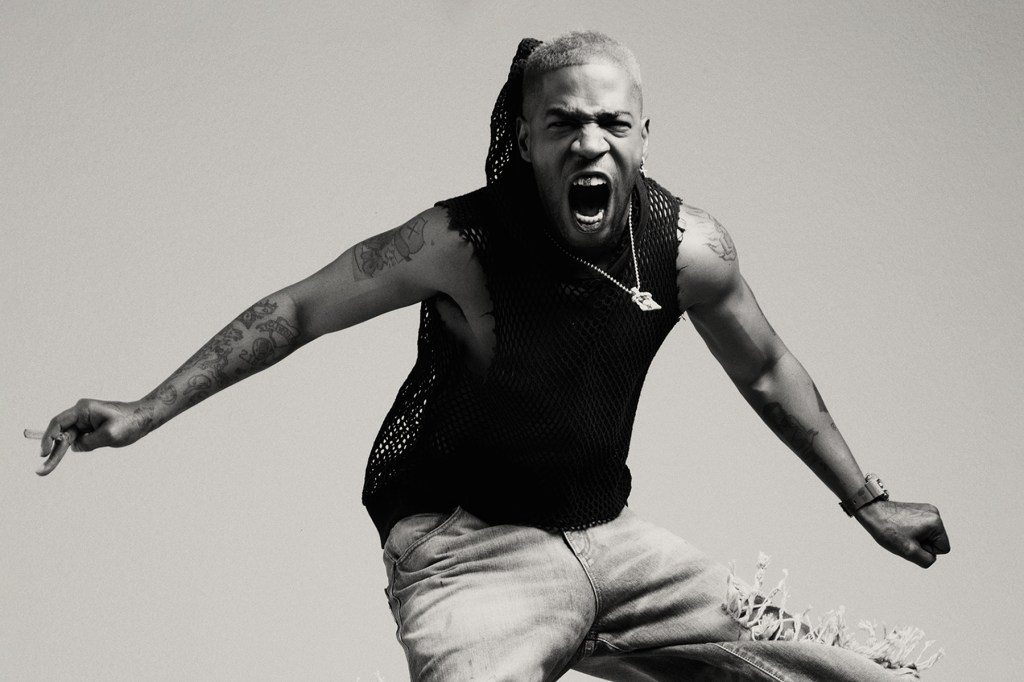 Scott “Kid Cudi” Mescudi’s generation-defining debut mixtape, 2008’s A Kid Named Cudi, showcased a unique artist at the forefront of a generation of rappers who made it feel OK to wear one’s heart on their sleeve. It was a daring look in the late aughts, when coke rap and snap-and-pop dance numbers were the dominant subgenres in hip-hop. Since then, Cudi has endured a bumpy ride of beautifully epic highs and nasty lows, both personally and professionally. Now, his 10th studio album, Entergalactic (the musical companion to his animated Netflix series of the same name), finds the man who once dubbed himself (however absurdly) “The Most Hated Man in Hip Hop” sounding surprisingly content, basking in the simple joys of new romance. For him, such basic stuff feels relatively bold.

Entergalactic continues in the same sonic vein as his 2020 effort, Man on the Moon III: The Chosen, with creamy, dreamy production via longtime collaborator Dot Da Genius. This time out, though, the sad, melodramatic tone of Cudi’s previous work has been replaced with focused lyrics about falling in love and what it’s like to finally open your heart after having it broken so many times; check his reflection on young love and past loss “Willing to Trust,” with the film project’s co-star Ty Dolla Sign.

Cudi’s lyrics on Entergalactic are as straightforward as the music. He’s long proven himself to be a master of emoting, often slipping into his signature humming and wailing as he effortlessly rides Dot’s melodies. “Take my heart, lady/If you fall, I will catch you,” he offers on the captivatingly raw “My Drug.”

During those rare moments on the album where Cudi gives us pure rapping — such as the 2 Chainz-assisted heavy hitter “Can’t Believe It,” and “Do What I Want,” which hilariously opens with Cudi imitating ESPN’s Stephen A. Smith’s catchphrase, “Stay off the weeeeeed!” — he continues his knack for making bangers designed to rock a music festival. Unfortunately, while the tone is reassuring, the music itself fails to break new lyrical ground, as he did so often with the arena emo-rap hybrid he created on his Man on The Moon series.

The collaborations on Entergalactic make for some of its most successful moments, particularly Cudi’s chemistry with Ty Dolla $ign on “Willing to Trust” and “Can’t Shake Her,” and, in a satisfying “master-meets-student” turn, his smooth work with Texas crooner Don Toliver.

While nothing here comes close to the sonic risks Cudi felt free to take earlier in his career, he makes up for that shortcoming by creating one of his easiest listens to date. For an artist who’s often made his mental-health struggles central to his art, it’s gratifying to hear him sound healed and happy. He may not be as challenging, but he’s easier to love.

ditor’s Note: You may have noticed that we got rid of the stars on our reviews. If you’re an engaged music fan in 2022, your opinion isn’t going to be defined by some random number. We’ll tell you right away (with some new labels) when a new album is a must-hear or, in rarer cases, an instant classic. After that, our critics will help you make up your own damn mind.