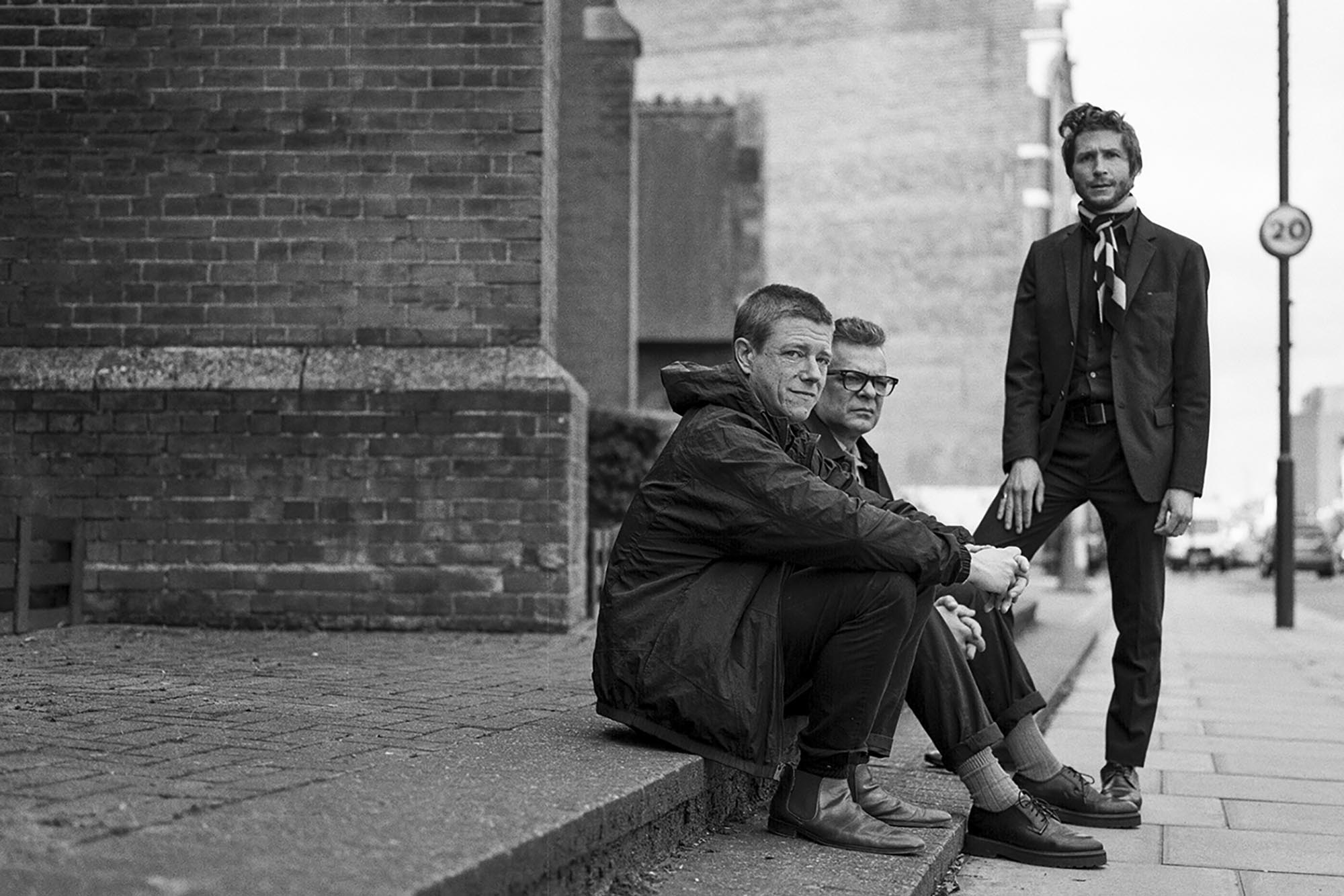 It took a global pandemic to get Interpol frontman Paul Banks to speak at a reasonable volume. For two decades, the singer and multi-instrumentalist has done a fairly good impression of a fire searcher, shouting through post-punk smoke at survivors. But because the band wrote its seventh full-length remotely, he mostly abandoned the known pleasures of Ian Curtis worship for a more nuanced approach. Banks’ version of keening (which is still pretty full-throated) kicked over a chain of dominos, which allow Interpol to make more introspective, textured, and altogether breathable music on the cringy-titled The Other Side of Make-Believe. Even the piano gets time in the bright lights.

Banks’ new introspection echoes throughout the whole album. “I waded through shame for this — are you there?” he asks on “Something Changed.” “Every day, I’d see if chance was calling — are you there?” It’s a bolt of self-awareness that allows guitarist Daniel Kessler to play understated piano and drummer Sam Fogarino to attempt some jazzy chops. On “Gran Hotel,” the trio weaves guitar and bass lines with a little more elbow room than usual, Kessler conjures some Beatles chord changes on “Fables,” and on “Mr. Credit,” they juggle lunging bass with a waterfall of guitar lines. Perhaps most surprising is how Banks manages a little optimism here and there (and not the “No I in Threesome” variety), singing, “I’d like to see them win” on Make-Believe’s opening track, “Toni.” “I like the inspiration, it’s going in the right direction,” he sings, “that’s to me.”

But that’s not to say that any of this newfound illumination upends Interpol’s general sound — Make-Believe is still mostly made of Kessler’s stark, quivering guitar playing and Banks’ cutting voice (which, even at lower decibels, could probably sub for a fire marshal) and a few klutzy lyrics like, “She’s really, really warm/Her center can make automatons breathe” on “Into the Night.” Occasionally, the elastic guitar lines and Banks’ ruminations swirl together and the whole thing feels a bit like déjà vu, which has always been Interpol’s biggest hiccup. There are also none of the big choruses that made songs like “Evil,” “Slow Hands,” or “The Heinrich Maneuver” signposts for early-Aughts angst. Instead the album is something different and sometimes bold.

On Make-Believe’s “Passenger,” Banks laments, “Save me, I’m in my head,” which, as every other Interpol album has proven, has been a recurring issue for Banks. But when he and his bandmates loosen up their songwriting, as on Make-Believe, they sound ready to move forward.