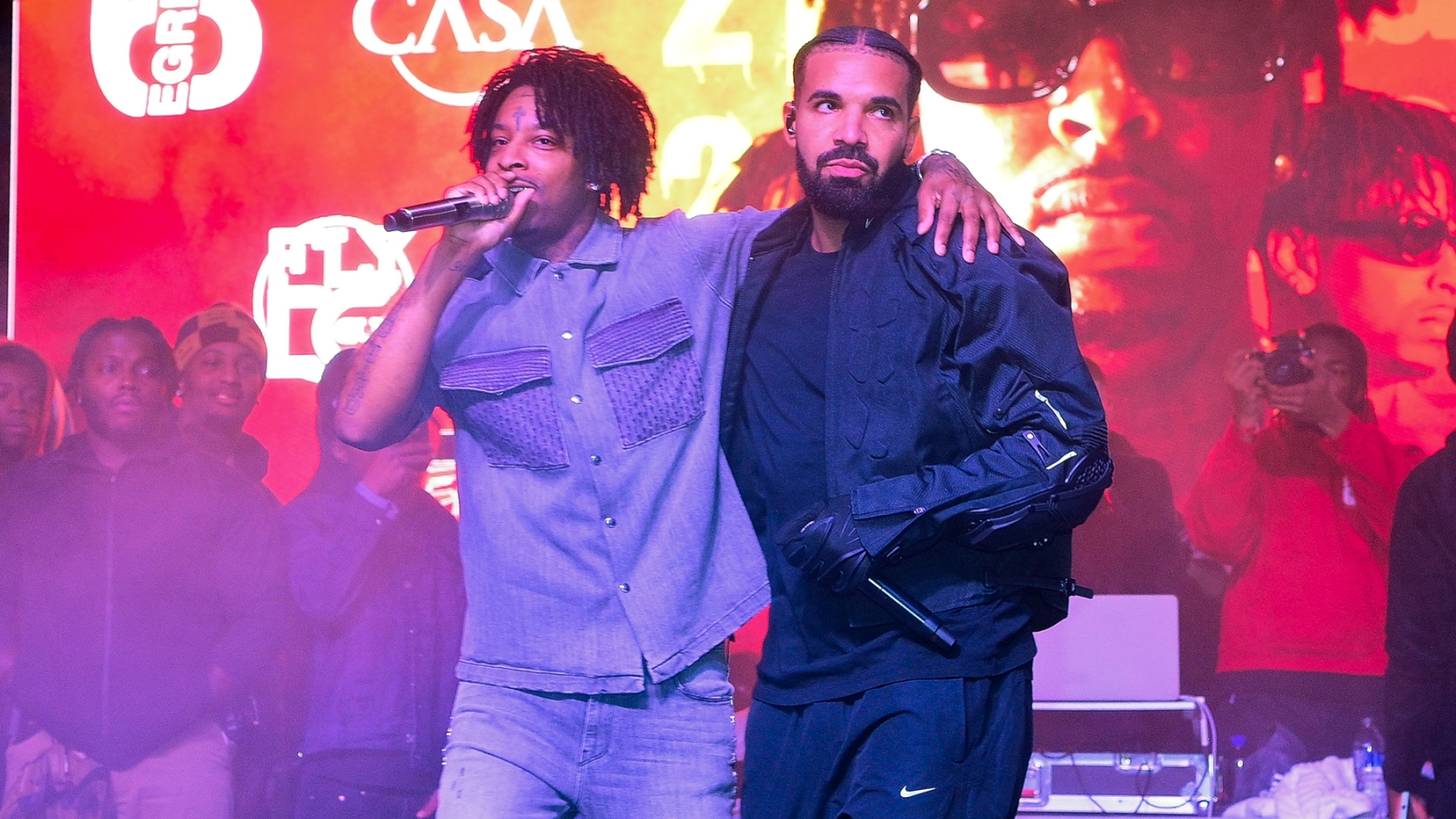 In 2006, a 36-year-old Jay-Z made his highly anticipated return to rap music after a brief yet celebrated “retirement.” On Kingdom Come, the self-proclaimed best rapper alive attempted to strike a balance between club anthems and mature reflections. Critical opinion was divided, and rap fans took aim at its closing track, “Beach Chair,” where the onetime big pimp talked about impending fatherhood while Chris Martin of Coldplay serenaded him on the chorus.

Sixteen years later, another generational talent marked his 36th birthday by announcing a new album. Yet early responses to Her Loss, Drake’s collaboration with 21 Savage, have been defined by his purported mockery of Megan Thee Stallion. “This bitch lie ‘bout gettin’ shots, but she still a stallion/She don’t even get the joke but she still smilin’,” he raps on “Circo Loco,” which unfolds over a slowed-and-chopped sample of Daft Punk’s “One More Time.” The Texas rapper isn’t the only one Drake insults. Other unconfirmed targets on the album include onetime hitmaker DRAM (“Try to bring the DRAM to me/He ain’t know how we ‘Cha Cha Slide’”), Serena Williams’ husband Alexis Ohanian (“Serena, your husband a groupie”), and even Brooklyn “Munch” newcomer Ice Spice (“She a 10, tryin’ to rap, it’s good on mute”).

But it’s the furious backlash to the “stallion bar” in particular — Megan’s anguished tweets in response, a claim from Lil Yachty that Drake’s words are a standard misogynist joke about cosmetic surgery and not a specific reference to the Megan/Tory Lanez shooting, all while innumerable gossips decode Drake’s intentions — that threatens to overwhelm Her Loss. The controversy is reminiscent of angry reactions to Kendrick Lamar’s Mr. Morale & the Big Steppers earlier this year, in particularly the violent he-said-she-said argument “We Cry Together” and his transphobic confessions on “Auntie Diaries.” The difference is that Lamar invited listeners to an uncensored therapy session and miscalculated their level of empathy. Drake’s error is that he unintentionally reveals himself as a self-centered jerk who refuses to grow up.

Her Loss shouldn’t have turned out this way. Its initial promise was to deepen a partnership that has yielded highlights like 2018’s “Sneakin’” and this year’s “Jimmy Cooks.” Drake’s sharp, plainspoken Canadian tones blend favorably with 21 Savage’s deadpan delivery and Atlanta-via-London inflections, and the latter’s homicidal yet clearly fantastical worldview contrasts sharply with a superstar who takes pains to present his expensive toys, European vacations and erotic dalliances as real-life adventures. Besides, Drake and 21 Savage are only the latest to attempt a familiar hip-hop magic trick: rappers as charismatically sexist cads, charming the world with nonsense about big-booty thots who did them wrong.

The album begins promisingly with “Rich Flex,” where 21 Savage opens with a threat to “get your ass smushed.” It’s a decent introduction that allows him to skate around impropriety as he asks, “I know you’re on your period, baby/Can you suck it?” In general, 21 Savage sounds great on these opening tracks, especially when he uses “On BS” for hilarious lines like, “She won’t/Wear no panties ‘round me even if she could/Gave out/Plenty spankings ‘til that got it understood.” That song is one of a handful of Her Loss numbers that find the two clicking in tandem. “I jump on your song and make you sound like you the feature,” raps 21 Savage. “I jump on your song and make a label think they need ya, for real,” retorts Drake.

Inexplicably, Her Loss then transforms into a Drake album. He takes most of the lead verses, and 21 Savage is reduced to a supporting role. Some songs are simply Drake by himself. (21 finally gets a solo showcase near album’s end with “3AM on Glenwood.”) As Her Loss abandons 21’s form of smack talk as a playful, revelatory exercise, its tone shifts to Drake’s toxic petulance. He complains on the otherwise-revelatory “Middle of the Ocean” about underwhelming results for Honestly, Nevermind, a foray into club music he released earlier this year. He opines on “I Guess It’s Fuck Me,” “The devils that I recognize/Most of them got pretty eyes, titties, and some plans of just getting by.”

Then there’s “Hours in Silence,” a nadir that finds him rapping, “Her stomach is flat as fuck/She’s stuffing that shit in her gut somehow/The fat must have went in her butt somehow/I don’t even ask her what’s up/She’s saying the shit is natur-al/I don’t care if she making it up.” He eventually lapses into self-indulgently crooning, “You were lost into me.”

It’s hard to explain how one stray mistake can turn a magic trick into a disaster. Drake has made withering comments about women’s bodies before — remember “Brand new titties, stitches still showing?” from 2012’s “The Ride”? He’s said dumb things about athletes’ significant others before, like Vanessa Bryant on Rick Ross’ “Stay Schemin’.” He has picked too many beefs with rival rappers to recite here.

But there’s a gloominess this time around, and it’s not just the sloppy sequencing and hit-or-miss quality that ranges from clear standouts like “Pussy & Millions,” where the so-called “treacherous twins” team up with Travis Scott, to aimless dross like “Major Distribution.” Drake’s 2015 collaboration with Future, What a Time to Be Alive, was equally uneven, yet the two’s carefree happiness buoyed them past its structural problems. They conjured a joyously lit vibe Drake and 21 Savage can’t match with Her Loss.
Yes, 36-year-old Jay-Z caught plenty of jokes for “Beach Chair.” Yet by acknowledging that he wasn’t making out with women in showers and commanding girls on molly to strip anymore, he freed himself to grow as an artist, leading to post-retirement classics like American Gangster and 4:44. Every hero’s journey is different, and it’s unclear where Drake will evolve next after the singular misfire that is Her Loss. Does he even care?