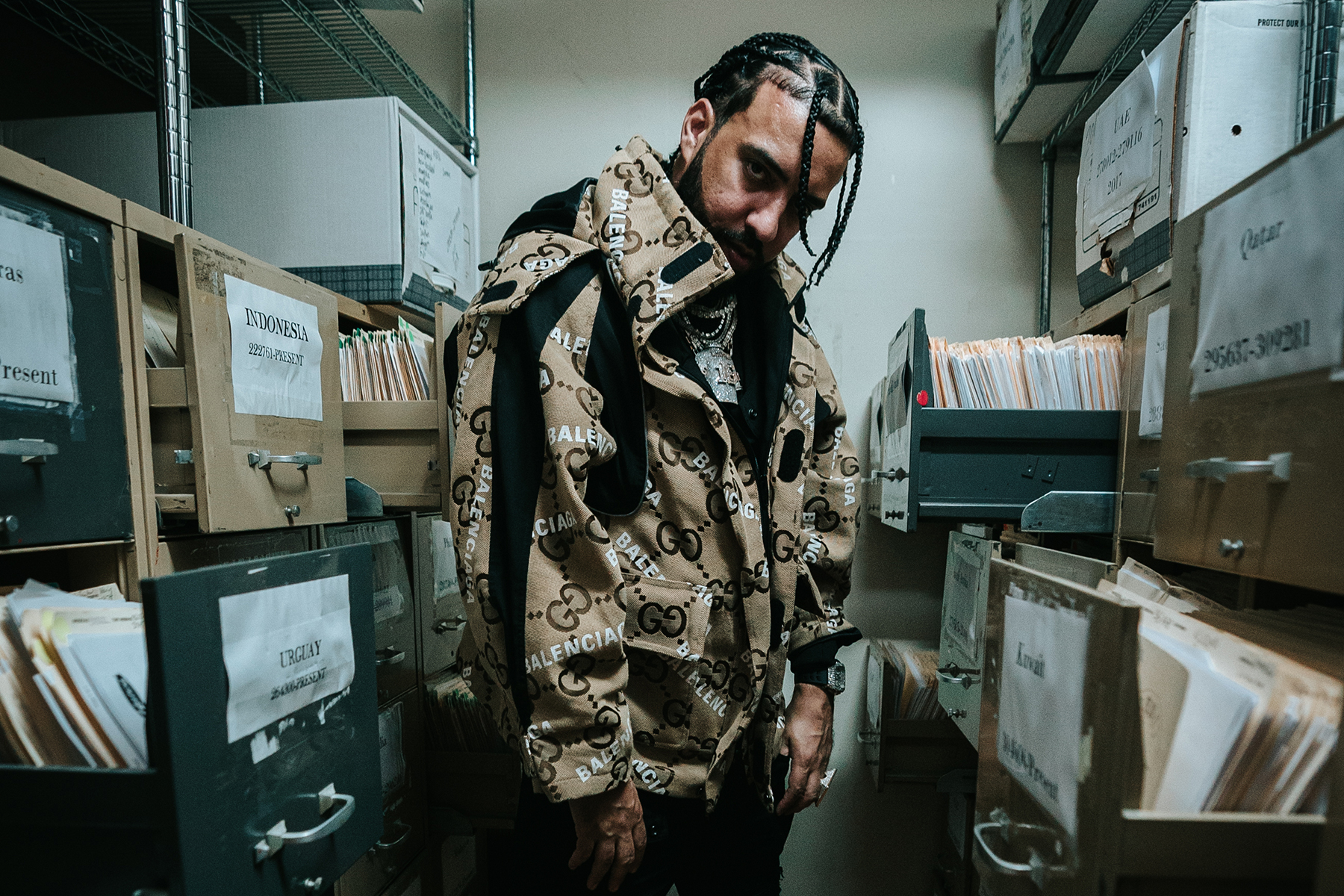 French Montana is one of rap’s great connectors. He’s known for crafting exuberant projects showcasing his irrepressible personality alongside a bunch of unlikely guest features. On his introductory 2007 mixtape, The French Revolution Vol. 1, he even has a song whose guest feature is credited to Martin Luther King, Jr. If he does nothing else, French Montana brings people together, even if that social butterfly aspect of his persona sometimes hampers the potency of his major-label releases.

His 2013 debut Excuse My French felt fun and wavy in all the right ways. But it was also a bit generic: the singles could have been concocted in a boardroom where the main goal was to check off focus-group boxes just to conjure up a chart-topper. Its motley assembly of muscular club bangers and cameo-laden anthems lacked the grimy amiability so prevalent in the songs from his early mixtape run.

And while his last album, They Got Amnesia, was a crowd-pleaser packed with bold-name features over retro tracks invoking the Nineties salad days of New York hip-hop, French Montana’s latest album, Montega, is a comparatively scaled-down effort (there are only eight guest features) with a gritty ambiance that makes the Bronx MC sound more focused than ever.

French must have gotten the memo that the new wave is to link up with one producer for a concise project that’s as uncompromising as it is thematically cohesive. He seems to have studied the blueprint from no-frills spitters like Buffalo’s Benny the Butcher (known for his direct-to-the-streets opuses crafted by just one maestro). On his fifth album, French reunites with producer Harry Fraud—responsible for some of the best songs in the former mixtape legend’s catalog—who produced all 12 of these tracks. The result is a delectable array of nouveau boom-bap samples and introspective rhymes that don’t make any obvious concessions to the mainstream.

On “Bricks and Bags,” he spits bars with Benny and Jadakiss over Fraud’s aggressive, horn-heavy track. Though as a prime-time artist, French Montana has mastered the hook-friendly verse—replete with memorable lines that are perfect for instant social-media captions—here, he raps with a ferocity that recalls the hunger from his early days as the streets’ most popping up-and-comer. When he sneers, “Need a brick in a brown bag? Sign to me,” he sounds like he’s still knee-deep in the day-day-to-day hustle on some South Bronx block.

Elsewhere, “Rushmore Pack” is a searing testimonial—fueled by a lurching ‘70s soul sample—wherein the Moroccan-born rapper reflects on his time in the trenches. “From thе trap, we went bonkers,” he brashly confesses. There’s a sobering quality to his tone that makes him sound especially urgent here. And “Poetic with No Justice”’s bluesy guitars set a gripping template for the Cocaine City champ’s reminiscences of “stackin’ paper, livin’ do or die.”

Though the absence of some of those star-studded bangers might make this project seem too serious for listeners looking to turn up for the summer, the breezy “Drop Top” should serve as a spirited boom-bap alternative. French and Quavo rapping about bending corners in luxury Coupes, over siren-like wails and martial drums, is enough to captivate both the block and the velvet-rope set. Sociability never sounded so street.