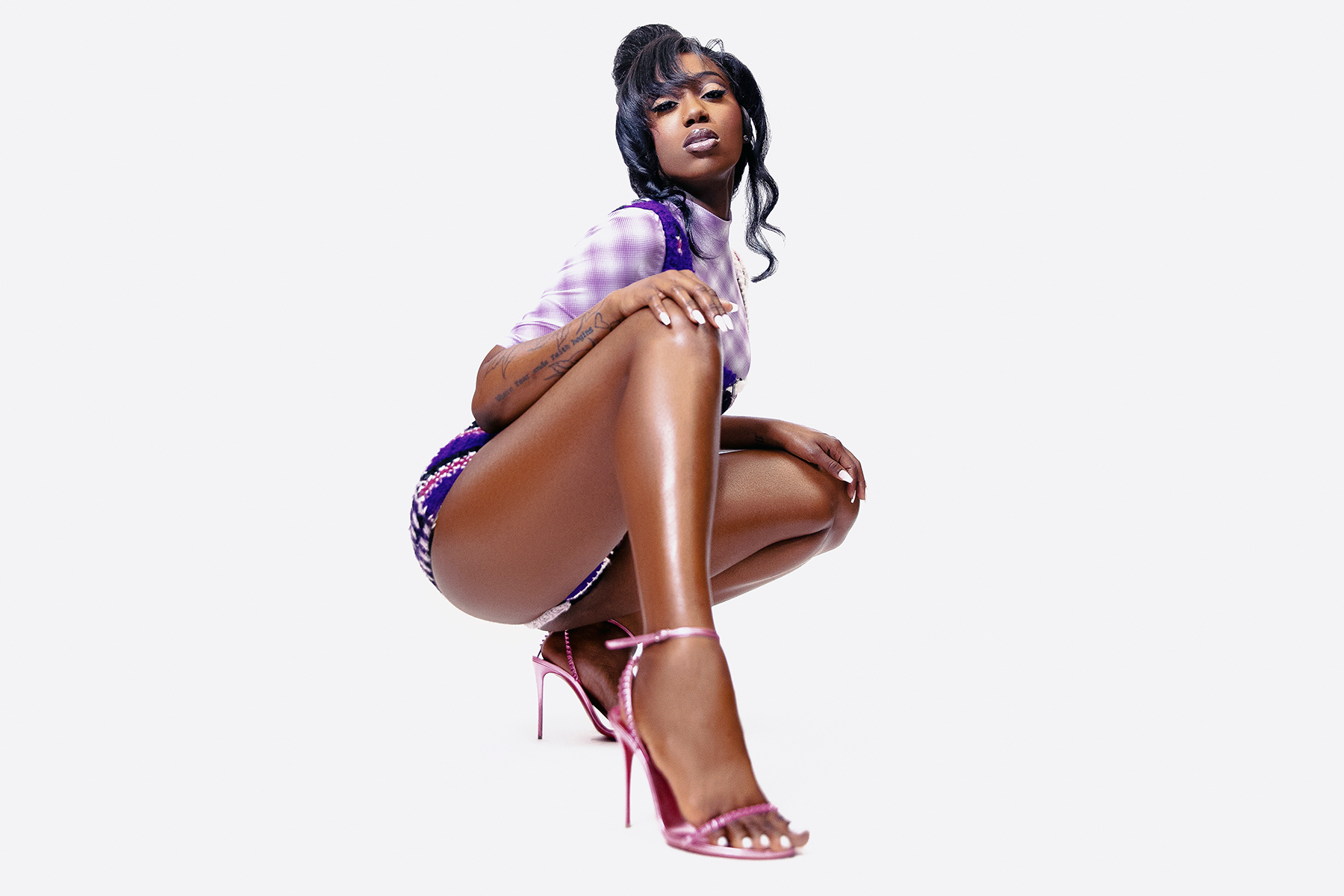 Two years ago, Mobile, Alabama rapper Flo Milli dazzled listeners with her bubbly cadence and dexterous flows on her debut mixtape, Ho, Why Is You Here? Her debut album, You Still Here, Ho?, brings more of the same. There are a few important upgrades: the rapper lands cameos from the likes of Rico Nasty and Babyface Ray. Hilariously, the biggest guest appearance may be Tiffany “New York” Pollard, a breakout star from VH1’s late Aughts “celebreality” slate. She introduces Flo Milli with typical insouciance: “Just look at the material. Princess of this rap shit. Get in line, peasants.”

Much like the reality TV genre, everything about You Still Here, Ho is ultrafeminine, shamelessly exhibitionist, and relentlessly on the come up. Flo Milli is delightfully conscious of this paradigm: on “PBC”, she samples a contestant’s elimination from America’s Top Model.  There are homages to high-maintenance heroes like Lil Kim (“F.N.G.M.,” which samples the chorus from Junior Mafia’s “Get Money”) as well as Southern iconography (the Three 6 Mafia-like crunk of “Come Outside” and the So So Def Bass All-Stars Vol. II sample on “Hottie”). More importantly, she works with rising female producers like Tasha Contour, Sophie Gray, and the sister production team Deux; Contour, for her part, delivers “No Face,” a piano-laden banger destined for strip-club glory. Flo Milli makes several nods to solidarity and feminist imperative. “Stupid shit, it’s just a double standard/I’m in my own lane and I took advantage/You can’t hate on pussy if it rule the planet,” she riffs on “Roaring 20s.” Still, none of these songs would pass a Bechdel-Wallace Test, and controversial producer Dr. Luke makes an inexplicable appearance (via “Big Steppa”).

Musically, the album kicks off with an angry edge as Flo Milli spits aggressive lines like “Knock a bitch out and teach her a lesson” on “Bed Time.” The quality of music ranges widely, from clear highlights like the R&Bass groove “Hottie”; to boilerplate ratchet cuts such as “On My Nerves,” which relies heavily on a worn-out snippet of Nelly’s vocal from “Dilemma.” Regardless of the track, Flo Milli goes hard, stuffing her stat sheet with crazily imaginative punchlines and catchphrases. Hilariously, she quips on “No Face,” “I’m the type to make my sugar daddy pull his teeth out.” It’s only with “Tilted Halo” that she briefly switches her voice to a flat autotune melody. It’s intended as sincere romance, but she can’t resist a little comedy in the process. “I don’t want to have to count to 10/And leave ya ass cryin’ in the Benz,” she harmonizes.

Unlike City Girls, who usually include a song or two detailing all the personal trauma they endured prior to success, Flo Milli offers little respite from her turn-up anthems. She rips through every number with the same youthful abandon, praising her own sexual prowess, her penchant to take out clowns of any gender, and her ability to get the bag. “I’m the fuckin winner, ho/You was just the nominee,” she raps on “Do Better.” It’s the equivalent of a headbanger, and while one could argue her talent deserves a richer canvas, it satisfies all the same.