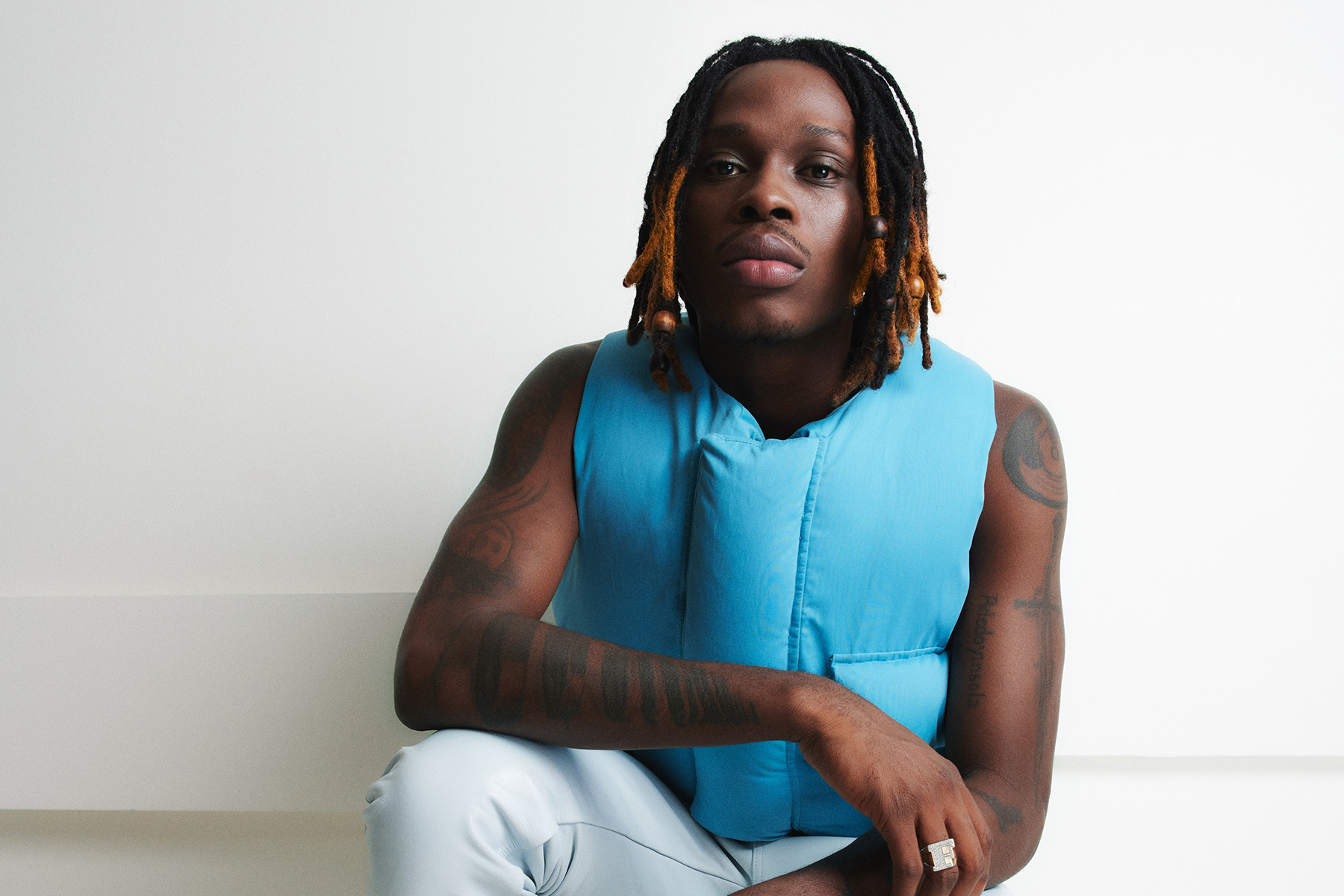 In February, budding Nigerian pop star Fireboy DML lit up stages across the U.S. on his first American tour, following two well-received albums and a massive single, “Peru,” (remixes of which feature Ed Sheeran, 21 Savage, and Blxst). Backed by an incredible band, Fireboy DML’s live shows amplify the passion in his songwriting and skill in the composition of his often lovelorn tracks – you can catch a glimpse of their showmanship in his Tiny Desk (Home) Concert shared in the spring. On Playboy, his newest release, Fireboy contemplates and celebrates his rise in status. His new songs on the novelties of his recent ascent are sweet and smooth confessionals that make for easy-listening Afropop.

Thankfully, on Playboy, Fireboy returns to form, prioritizing the sounds of the continent and Caribbean, as he did on his stunning 2019 debut, Laughter, Tears & Goosebumps, instead of the more western pop and R&B flavors he experimented with on his last album, 2020’s Apollo. Though Playboy is bookended by a swirly ballad on one side and a soft-rock-n-b number on the other (the last song much more appealing than the Disney-song dramatics of the first), Fireboy mostly performs over production that emphasizes Afrobeats’ invigorating percussion and sweeping synths. Songs like “Sofri,” “Compromise,” and “Ashawo,” are particularly pleasant examples of this formula, with Fireboy comfortably riding their beats, singing suave stories of pursuing romance on the road.

Across the album, Fireboy’s writing is clean and incisive, dancing between English, Pidgin, and his native Yoruba. He can be grave and reflective, like when admits he’s struggling to adjust to fame on the opener, “Change.” He can be sly, as on “Ashawo,” where he chalks mutual infidelity up to liquor and loose attitudes. Though the spoils of celebrity —  namely access to interested women — seem to spoil relationships he cares about, by the album’s powerful end, “Glory,” Fireboy conquers fear and temptation to see the real victory of success: “​​Now I did it, and I’m gonna live forever.” No matter what mode he’s in, Fireboy always sounds endearingly earnest.

For all that Playboy offers in story and vibes, though, Playboy sometimes lacks zeal, mostly due to issues in sequencing. When the singer lingers in a familiar pocket of mid-tempo Afropop yearning near the center of the album, a four-song run from “Adore” to “Compromise,” monotony can obscure the elements that make each track good and unique. But even on the less impressive entries, there are glimpses of excitement, like when Fireboy’s trilling transforms into a bouncy, rap-like verse on “Diana,” or when his harmonies ring out in “Adore.” On similar wavelengths, these tracks give the album a sense of cohesion, at the cost of heterogeneity. Fireboy’s successful explorations of pacing and tone in higher-energy songs “Bandana,” “Playboy,” (both singles), “Timoti,” and “Afro Highlife,” would have paid off even more dispersed more evenly.

There are few outright misfortunes on Playboy. One miss is “Havin’ Fun,” which taps into a reggae-pop groove that feels sugary and dated. Then, repetitive placement of hit single “Peru” and its remix with Ed Sheeran on the same album are also disruptive and feel more like a ploy to bolster streaming numbers rather than an effort to craft a narrative. Despite these choices, Fireboy’s third album maintains a strong mix of charming songs and engaging storytelling. For a young man who says he only just recently went from haggling for somewhere to sleep to investing in real estate, it’s a well-earned success worth celebrating.