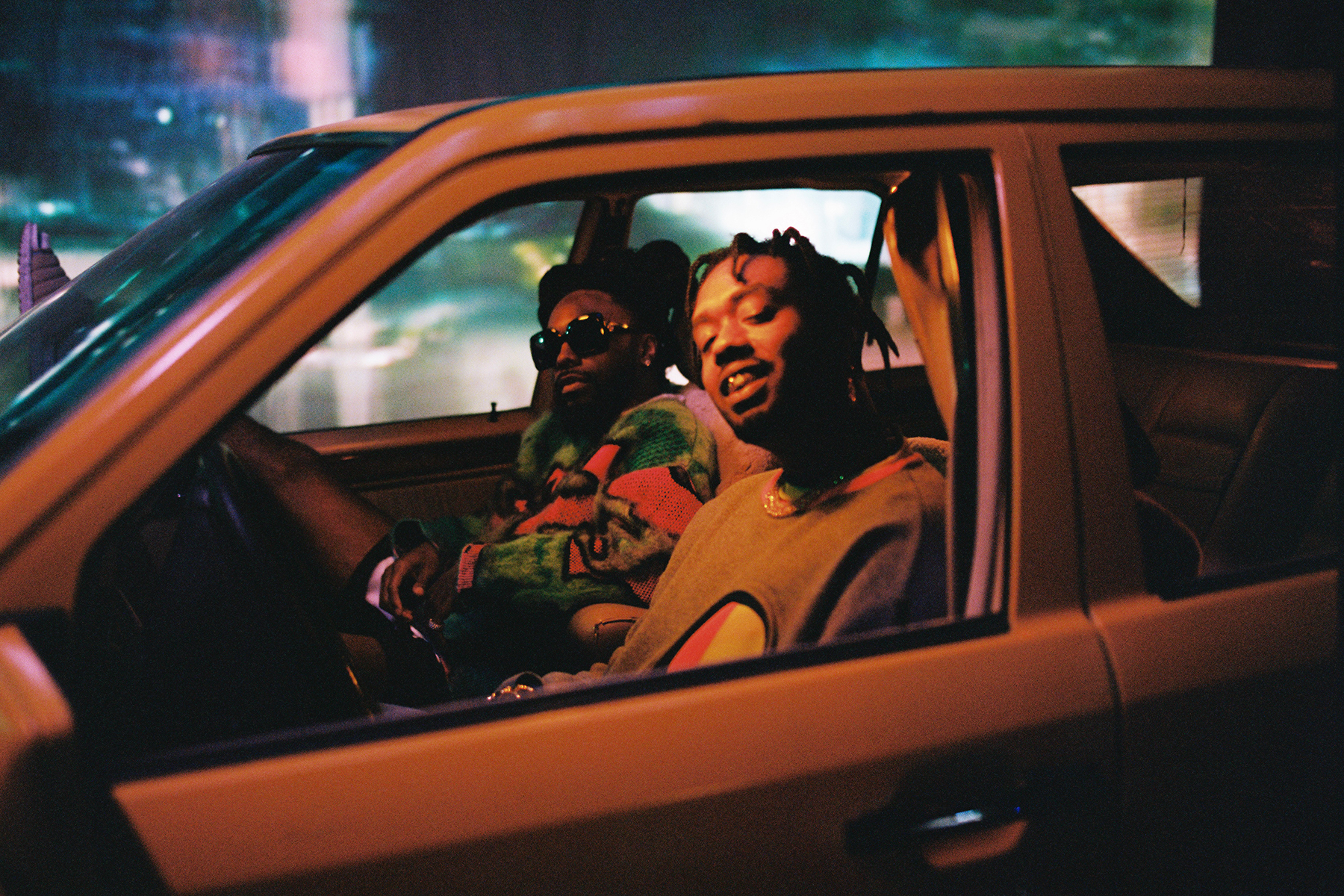 What a difference two years make. On 2019’s Mirrorland, Earthgang conjured a stew of Black music idioms – trap, sampled soul, Southern blues, percussive polyrhythms – with audible joy. Breaking into Billboard’s top 40 albums chart, the album established Olu (a.k.a. Johnny Venus) and WowGr8 (a.k.a. Doctur Dot) as one of the more imaginative hip-hop acts to emerge in recent years, albeit one bedeviled by comparisons to ATL’s greatest duo, Outkast. Yes, Olu harmonizes with a yelp reminiscent of Andre 3000 at his most animated. But Earthgang is also a distinctly post-millennial group that blurs together inspirations with open-minded passion, and without the ornery defensiveness that defined so much early Dirty South rap.

In 2022, Earthgang still sound like they’re spreading their wings to embrace the opportunities and challenges that life brings them. But they’ve also grown reflective, the result of the same political turmoil, pandemic disruptions, and increasing awareness of global injustice that affects everyone’s mental health. Despite guest appearances by Dungeon Family vets like Cee-Lo and Future as well as executive production by Kawan “KP” Prather (alongside longtime managers Sincethe80s), Ghetto Gods is not Earthgang’s version of Outkast’s world-weary classic ATLiens. Even when discussing serious issues, their voices are tinged with optimism. It hearkens to other recent hip-hop albums that unashamedly focus on self-care like D Smoke’s Black Habits, Cordae’s The Lost Boy and Topaz Jones’s Don’t Go Tellin’ Your Mama. It also contains some of the most poignant material of Earthgang’s career.

Opening with a cosign from 2Chainz, who calls the duo “diamonds in the rough” on “The Glow,” Ghetto Gods opens with a flurry of turn-up cuts. “Still a Westside n*gg*,” says Olu on “Billi,” just before Future follows with a typical murmured verse about “bandos” and “posted up with the demons.” “Waterboyz” is a braggadocious cipher between Earthgang and Dreamville compatriots JID and J. Cole. “Amen” draws on a loop from Musiq Soulchild’s “Just Friends (Sunny)” to ask for benediction: “Get down on your knees for me if you really love me,” they harmonize. Musiq himself shows up, too, as if he’s engaging with a ghost from his past; it’s reminiscent of Usher guesting over his own R&B classic “You Make Me Wanna…” for Summer Walker’s 2019 single “Come Thru.”

These cameos not only bring star power, but also highlight Earthgang’s relative lack of vocal presence. It’s not hard to notice that Cee-Lo takes over “Power” with lessons about life as a pop superstar before his scandal-plagued fall from grace, and J Cole grabs a hold of “Waterboyz” like a basketball player making a steal and driving to the hoop for a dunk. Even Yung Baby Tate speed-raps into the spotlight of “Black Pearls,” a somewhat conflicted appreciation of women who define how they want to look, whether it’s with a “new (surgically enhanced) body” or not. WowGr8 has a sharp mid-range voice, while Olu raps in a higher pitch. Their lyrics are full of quotables, like when WowGr8  discusses gentrification in “American Horror Story” by wryly commenting, “There goes the neighborhood…Now they comin’ back to take the hood.” Sonically, though, the duo is greater than the sum of its parts.

Only time will tell how Ghetto Gods will be remembered. Its musical colors are less vivid than Mirrorland. But some of these songs hit hard with palpable emotion, and their impact deepens with each fresh listening. “Strong Friends” generously extends a “safe space” to Earthgang’s kinfolk, and “All Eyes on Me” questions the limits of empathy. “Pack my whole life’s precious moments in a line/Shawty singing my songs, she think she knows what’s on my mind,” harmonizes Olu. On the closing number “Run Too,” they announce themselves as blessed men of the world despite its problems, and Ari Lennox harmonizes on the chorus, “What a life this is.” Earthgang may be informed by classic Southern arcana, but the future is clearly in their hands.