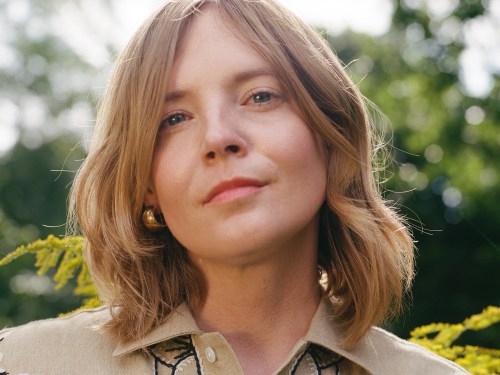 Courtney Marie Andrews has spent the past decade or so fine tuning and revising her rootsy singer-songwriter formula, to great results: See the gospel-soul inflections of 2018’s May Your Kindness Remain or the sparse heartbroken folk of her last album, 2020’s Old Flowers. The former LP helped land Andrews on stage with Dolly Parton in 2019, singing “9 to 5” alongside Sheryl Crow and Maggie Rogers, while the latter earned Andrews her first Grammy nomination.

But all of Andrews’ many shades and influences have never sounded more fully encapsulated and at ease with one another as they do on Loose Future, the singer’s radically openhearted and stunning new album. The album feels like a series of warm embraces: of Andrews’ past musical selves, of her past mistakes and misfortunes, and of her bright, beautifully uncertain present and future. “Life is better without plans,” as she sings on “Older Now.”

The singer-songwriter is, for now, done dwelling on her wounds, turning them into tortured statements of heartbreak and desolation; she’s younger than that now. “People think feelings are facts,” she sings from a safe distance on “These Are The Good Old Days,” “Falling in love gives us a heart attack.” Instead, on Loose Future, she concentrates on extending a profound grace to both herself and various ghosts from her past on songs like “You Do What Y You Want.”

Recorded with a tight knit group of collaborators including Josh Kaufman and Sam Evian, Andrews’ latest incorporates all the various roots strands she’s touched on throughout her career, from sparse, ghostly folk of “Let Her Go” to the gentle country-soul of “I’ll Be Thinkin’ On You” to  the rootsy ballad “You Do What You Want,” with its echoes of Lucinda Williams’ “Drunken Angel.”

Then there’s “Satellite,” the album’s lead offering, and possibly the most stunning single of her career. With Andrews’ angelic voice is on full display, she delivers an ode to a new someone who’s become, as she sings, their “favorite piece of the sky.” Whether or not that someone sticks around for good is besides the point; what matters is the thrilling present that she conjures over the song’s astral soul-pop arrangement. It’s the sound of a wandering soul who, in their search for what might be next, has never sounded more at home.