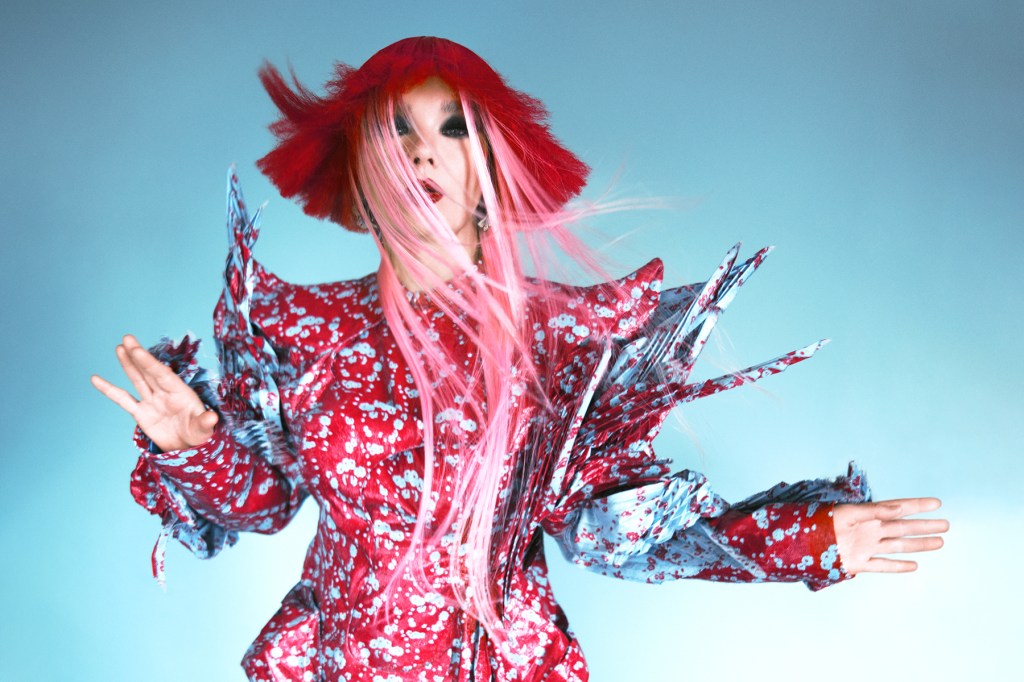 It’s been three years since Björk premiered the maximalist Cornucopia in New York, a psychedelic environmental cautionary tale that climate change has made permanently resonant (the ongoing tour is slated for Japan next year). If that project looks at our troubled planet with a macro lens, her new album Fossora zooms in Google Map-style, looking at people on the ground and in the room, measuring distances between them. The sonic landscape is still huge — awesome, as alien as it is familiar, full of otherworldly arrangements, tectonic beats, and craggy melodies that conjure the terrain of her native Iceland. The artist described it as something of her “mushroom” album, using metaphors about burrowing in the dirt. In short, it’s Björk at her absolute Björkiest.

Meaning that, as always, it asks you to meet it on its own terms, which here include a clarinet sextet, a flute battalion, an Icelandic new music choir, and ferocious hardcore beats co-created with Gabber Modus Operandi (GMO), an Indonesian electronic group combining “gracefully authentic balinesian [sic] rhythms and techno” as Björk describes it on her Instagram. Fossora also insists on occupying space. “Atopos,” the album’s opener and debut single, is an argument against the devaluation of music into lo-fi streamed wallpaper — in a post, she instructs listeners to “play it loudly” because of “the enormous importance of bass in this song.” Indeed, its cannonfire drums, which veer between dembow reggaetón and gamelan-tinged gabber, feel illogical on laptop speakers. But a good-sized woofer will, by the song’s finale, transport you to 5AM at a mid-‘90s Midwest warehouse rave, while the singer tries to repair a fractured relationship, perhaps between a child and a parent, or between two lovers. Yet lines like “our differences are irrelevant” and “if we don’t grow outwards towards love/we’ll implode inward towards destruction” also suggest Björk addressing the human race, poised for extinction unless it get its shit together and cooperates.

The album title riffs on the Latin fossore — someone who digs — and there’s a sense of Björk digging into her past here, musical and personal, which she’s also done with her expansive new podcast, Sonic Symbolism. The album’s bass clarinet arrangements recall the layered reeds on “The Anchor Song,” a highlight of her 30-year-old debut, Debut; the heavy beats flash back to “Army of Me” and the percussive attack of Volta; the string and choral arrangements to Vulnicura and her teenage music-student love for composer Olivier Messiaen. Fossora is also about digging into family roots. “Sorrowful Soil,” a stirring choral piece underpinned by a lonely bassline, and “Ancestress,” shimmering Indonesian/Icelandic-flavored chamber music, pay tribute to Björk’s mom, the late climate activist Hildur Rúna Hauksdóttir, paired praise songs leavened with more complicated emotions. The latter features her son, Sindri Eldon; the album ends with “Her Mother’s House,” an ethereal duet with her daughter Isadora Bjarkardóttir Barney, a testimonial to love, “matriarchal architecture,” an empty nest, and “the four chambers of the heart.”

Like everything Björk’s done as a solo artist, Fossora is also about its visual components, its accompanying videos and other visuals, which are as maximalist as Cornucopia, full of the same spectacular ornamentation that’s on display in the music. The melodies and arrangements get diffuse at times. But the album’s “heavy bottom-ended bass world” is grounding, and another pitch for art that affects the physical body, conjuring club revelry just as recent albums by Beyonce and Drake have, albeit maybe for a more unusual club. It’s a welcome, necessarily ecstatic response to a couple of years of lockdown — the remixes should be heady — and therapy to prepare for whatever comes next. As Björk incants on “Atopos,” as the song crests its peak, “hope is a muscle,” and it needs to be exercised.