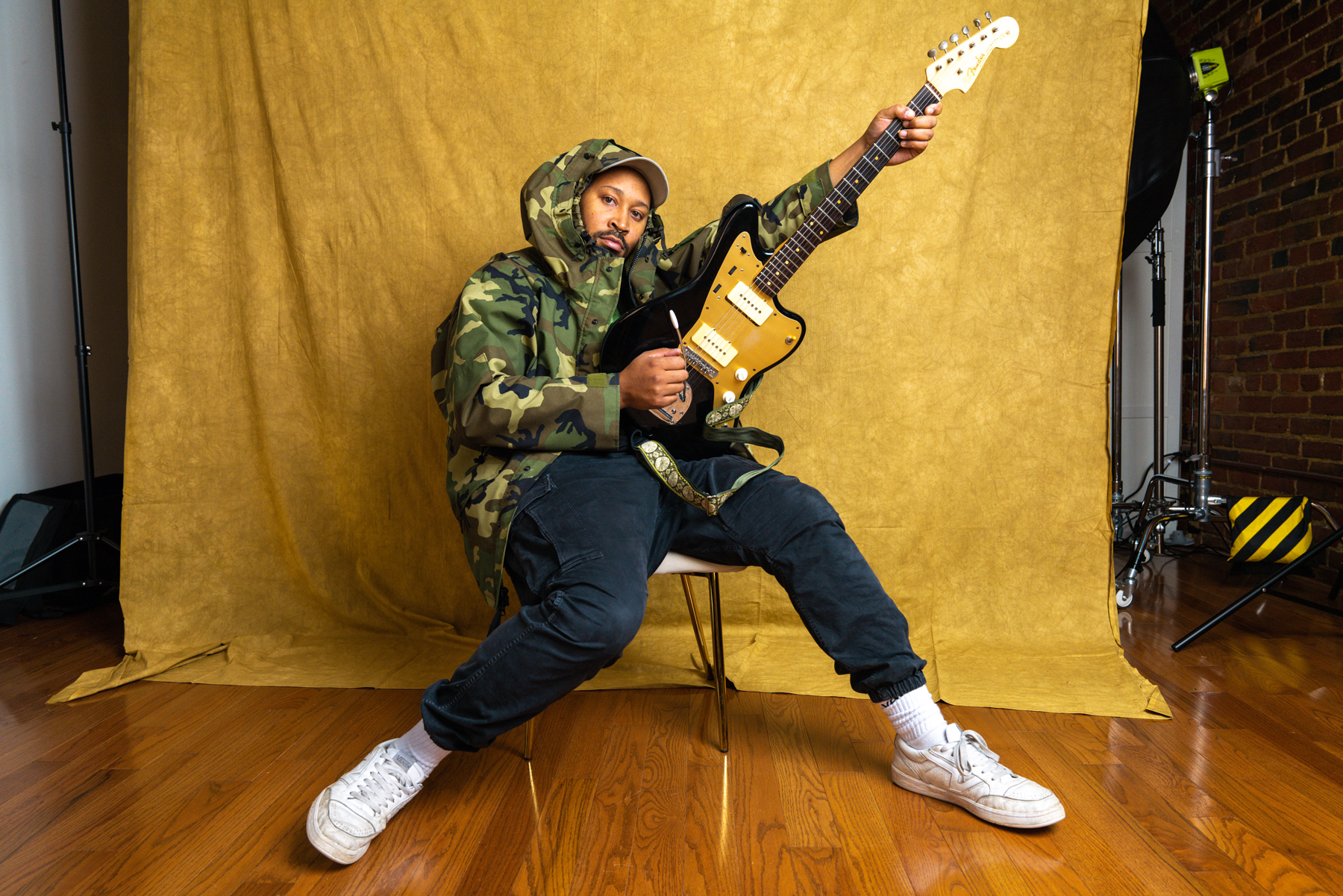 Farm to Table, which he began working on not long after Live Forever crash-landed him into pop music’s hype machine, rises to the occasion by simply showcasing what Strange does best: writing, performing, and producing music that reflects his story as a Black, thirtysomething musician who grinded for years before becoming a best-of-list staple. Strange is too smart, worldly, and compact to get bogged down in overly self-conscious musings about the slings and arrows of his budding fame. Certain tracks, like the honey-dipped California breeze “Escape This Circus” and the swaggering-on-the-surface trap-rock cut “Cosigns,” do take a bemused look at the quirks of life in 2022 (crypto-optimist hotel clerks, overdue royalty checks, etc). But they round out an emotionally rich, yet astonishingly terse album where the stories behind old scars sit side-by-side with in-the-moment descriptions of raw new feelings.

Strange’s musical journey includes gigging at bars all around Oklahoma, as well as years in post-hardcore bands; he also put out a tribute to art-pop auteurs the National a few months before Live Forever’s release. Farm to Table’s opening track, the pensive yet ultimately optimistic “Heavy Heart,” sets off firework-like riffs at its midpoint, with brass joining in to add emotional oomph, while the existentially troubled “Mulholland Dr.” contains guitar interludes that remind the listener why emo acts whose musicianship trended toward the ornate were referred to as “twinkle.” Throughout, Strange’s resonant voice acts as his music’s anchor, even when it’s blown out by electronic effects on “Cosign”; he explores his upper range while being surrounded by revelers on the wistful “Black Gold,” and leads a jubilant-sounding, yet introspective dance party on “Wretched.”

“Hold the Line,” which Strange wrote after watching footage of the 2020 murder of George Floyd, is a stunner, Strange’s aching audible as he recounts the bare feelings he experienced. “What happened to that man with the big old smile?/He’s calling to his mother now,” he muses; a mournful, weepy guitar solo follows, its swooping notes landing like teardrops. When that pattern recurs later in the song — with Strange changing the word “his” to “my” — it’s a gut punch.

Farm to Table rewards multiple listens, with different details leaping out each time, like the gathering-storm-cloud arpeggios on the maternal ode “Tours,” or the jam-session fuzz coating “Hennessy.” Strange’s undeniable talent and versatility have resulted in one of 2022’s most audacious albums, one that whirls through ideas while exploding preconceptions.