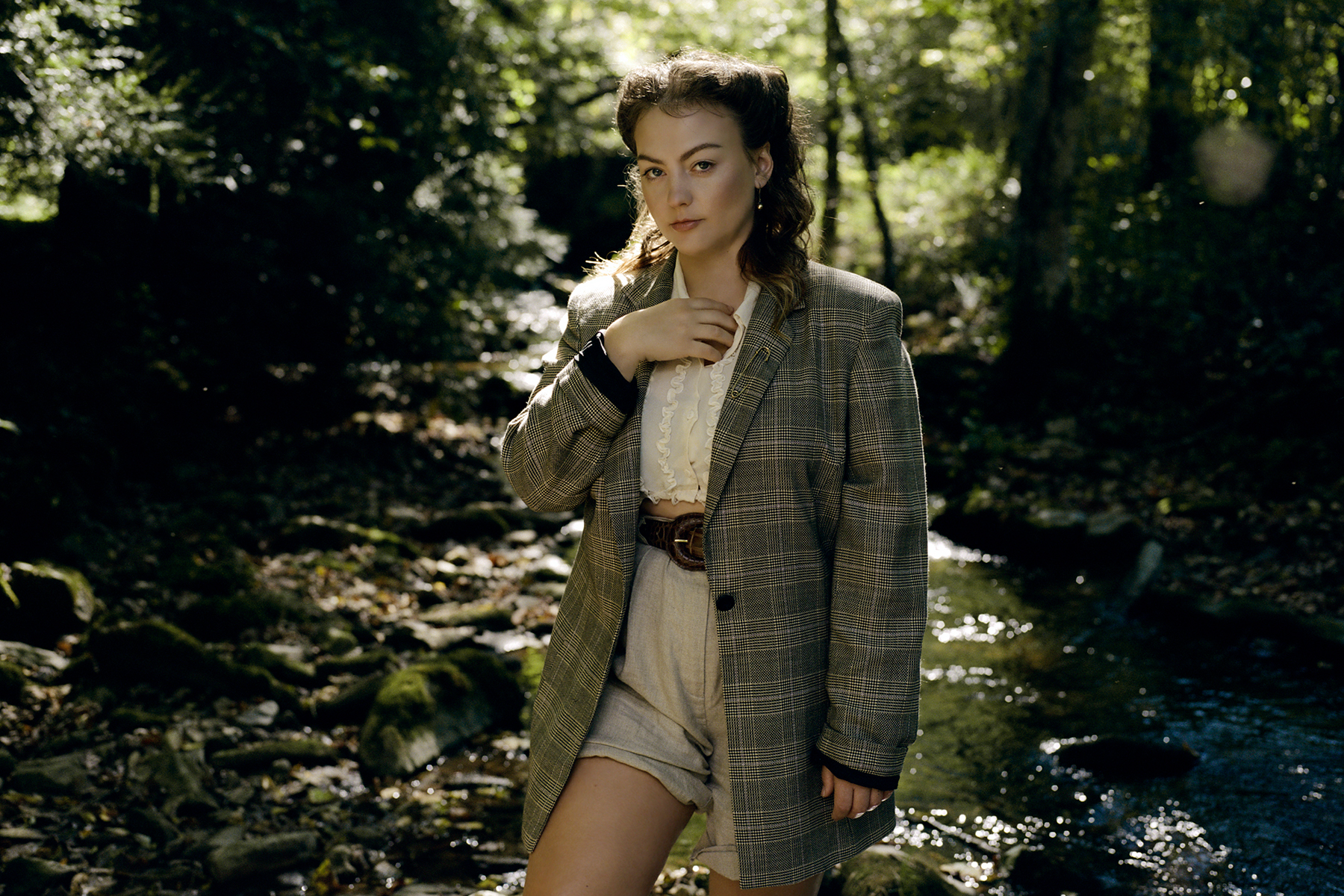 Listening to Angel Olsen’s records used to feel like stumbling into an empty roadside bar and finding the greatest torch singer the world had ever forgotten. She sang about loneliness and mistrust, her voice burning pure and intense whether the guitars were solo-acoustic or electric and in the red. The intimacy of those early LPs made many fans feel like she was staring directly into their souls, creating a level of legend-in-her-own-time acclaim that Olsen herself has sometimes seemed ambivalent about.

Not anymore. Big Time, Olsen’s sixth album, is a jaw-droppingly confident step into the spotlight, revealing a singer who can’t wait to tell you how great life can be. “Good-morning kisses, giving you all mine/Pull back the curtains, show me the sunshine,” she sings on the title track, her voice ringing out bright and tender over a velvety countrypolitan arrangement. She’s Roy Orbison, she’s Patsy Cline, she’s Willie Nelson. She’s Angel Olsen, fully and completely, making the past decade of her career feel like a warmup.

She co-wrote that blissful title track with her real-life romantic partner, Beau Thibodeaux, and while it can be dangerous to treat songwriting as autobiography, Olsen has made a point of presenting Big Time as her first album since coming out as queer. Happiness suits her; you can hear her exhaling with a new freedom in every song here, from the sun-dappled Tapestry pianos of “Ghost On” to the towering Sixties-pop crescendo of “Right Now.” Some of them have darker lyrics than others — Olsen is frank about grief’s everyday weight on “This Is How It Works” — but what comes through most clearly is the contented melodic radiance that the past few years have unlocked in her. It’s a gift to hear an artist so comfortable with who they are and what they’re capable of.

That feeling extends to the lush studio sound created by Olsen and co-producer Jonathan Wilson, the long-haired mystic who’s brought his Nashville-via-Laurel-Canyon magic to records by Father John Misty and Dawes. Kudos, too, to band member Drew Erickson, who wrote the string charts for this LP fresh off his work on Lana Del Rey’s Blue Banisters. They’re impressive resumes, but neither dude has ever worked on a record half as sincerely joyful as Big Time, and the credit for that is all Angel’s. The country-tinged beauty of this album is a revelation after the grand, gloomy orchestration she summoned for 2019’s All Mirrors and stripped away for 2020’s Whole New Mess, and a rewarding payoff for fans who’ve always known she had a record like this in her.

Toward the end of Big Time, Olsen switches things up with a dramatic crisis of confidence. “I wanna go home/Go back to small things,” Olsen sings on “Go Home.” “I don’t belong here/Nobody knows me.” Once she might have sung those words and sounded truly alone. What you hear this time, as the strings swell, is a star who’s never been further from fading away.